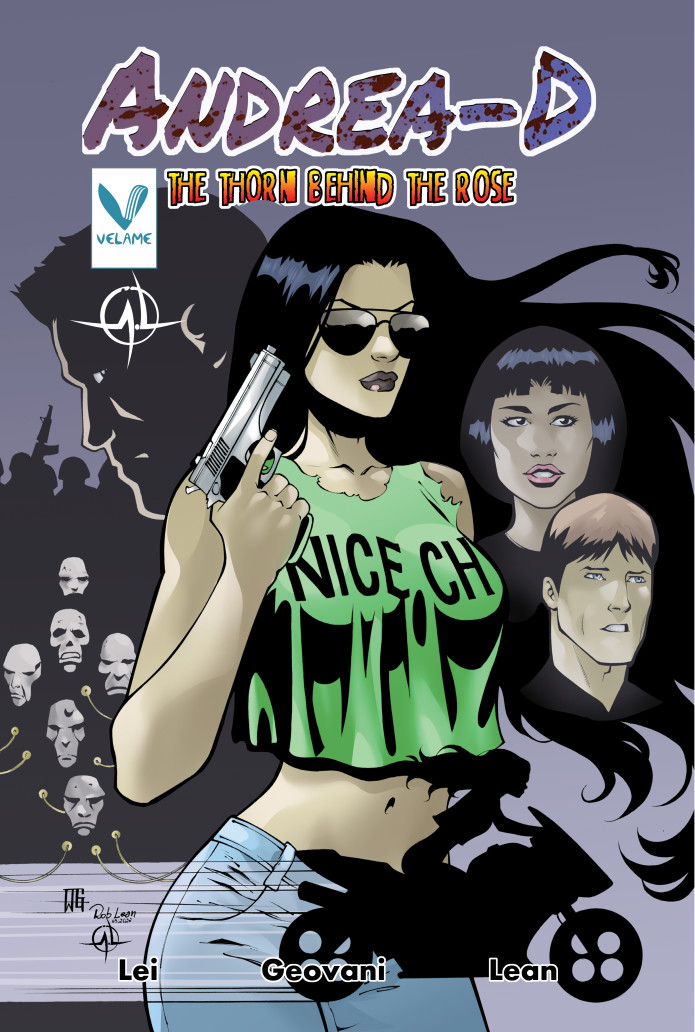 Walter Geovani — the artist of Dynamite’s acclaimed run on Red Sonja with Gail Simone — has launched a new Indiegogo campaign for Andrea-D, one of his earliest comic book works.

Andrea-D: The Thorn Behind the Rose was originally published by Praxis Comics in 2008, with only two of the three issues reaching print. Featuring gritty black-and-white art from Geovani, the series will be presented in its entirety for the first time as a 74-page graphic novel.

In addition to his work on Red Sonja, Geovani is known to worldwide audiences from titles such as Clean Room (DC Vertigo), Killswitch (Action Lab), Doctor Who (Titan Comics), and others.

The creator-owned graphic novel is the story of highly-trained soldier Andrea Dour, who returns home to rescue young girls from a kidnapping ring in the dangerous criminal underground called “The Boiler”.

Andrea-D: The Thorn Behind the Rose is now funding on Indiegogo through July 1, with rare full-size (11×7) original commissions from the artists available as extras for supporters.