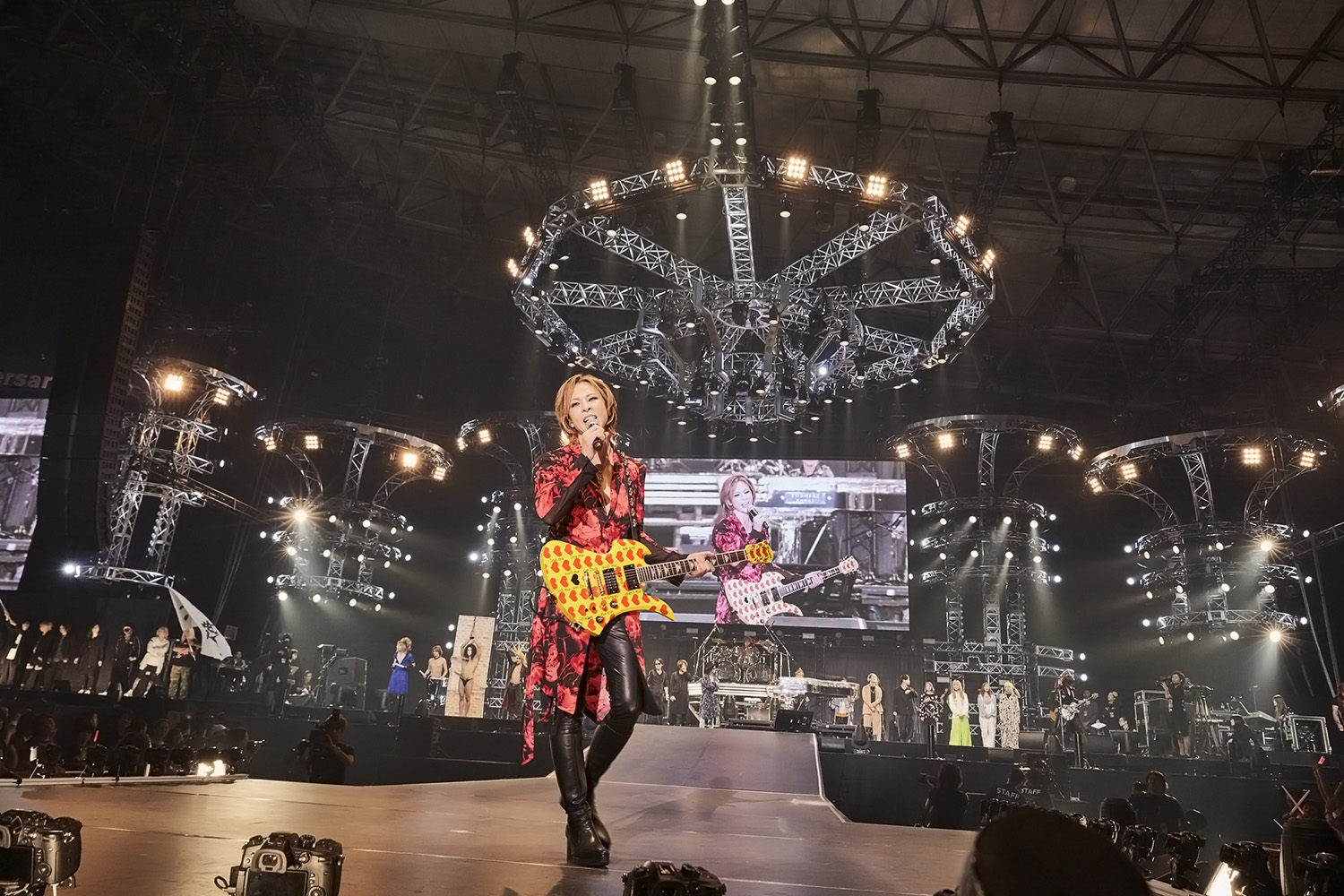 YOSHIKI took the stage on October 14, 2019, as the headliner of TV Asahi Dream Festival 2019 at Makuhari Messe.

“I’m honored to be on stage alongside such wonderful artists today. I hope we can all put on a concert to remember together,” and, mentioning the typhoon, shouted “Today, we’re gonna play hard enough to blow that thing away!”, bringing a thunderous cheer from the crowd of nearly 10,000 fans.

YOSHIKI performed 12 songs including his new composition “Red Rhapsody” and hits such as “Without You” and “Kurenai”.

During the Attack on Titan theme song “Red Swan”, Kiyoharu came onstage to perform the song with YOSHIKI. The collaboration was arranged just a week before, and Kiyoharu said that he was nervous that YOSHIKI had chosen him to fill in for his friend HYDE. YOSHIKI commented how excited he was to perform with such a respected artist, and nicknamed the night’s version “Black Swan”.

YOSHIKI later added his singing voice to accompany Sugizo’s violin for “Kiss the Sky”, which shocked the audience who joined in singing along.

For the finale of the festival, 70 musicians suddenly came to the stage including members of Luna Sea, GLAY, Golden Bomber, The Oral Cigarettes, SCANDAL, and Kiyoharu. The massive group of artists joined YOSHIKI for a group performance of “X”, with drumming from YOSHIKI and Shinya and vocals from Ryuichi, Teru, Kiyoharu, and Kiryuin Sho in a surprise event that brought back memories of the 2016’s Visual Japan Summit. 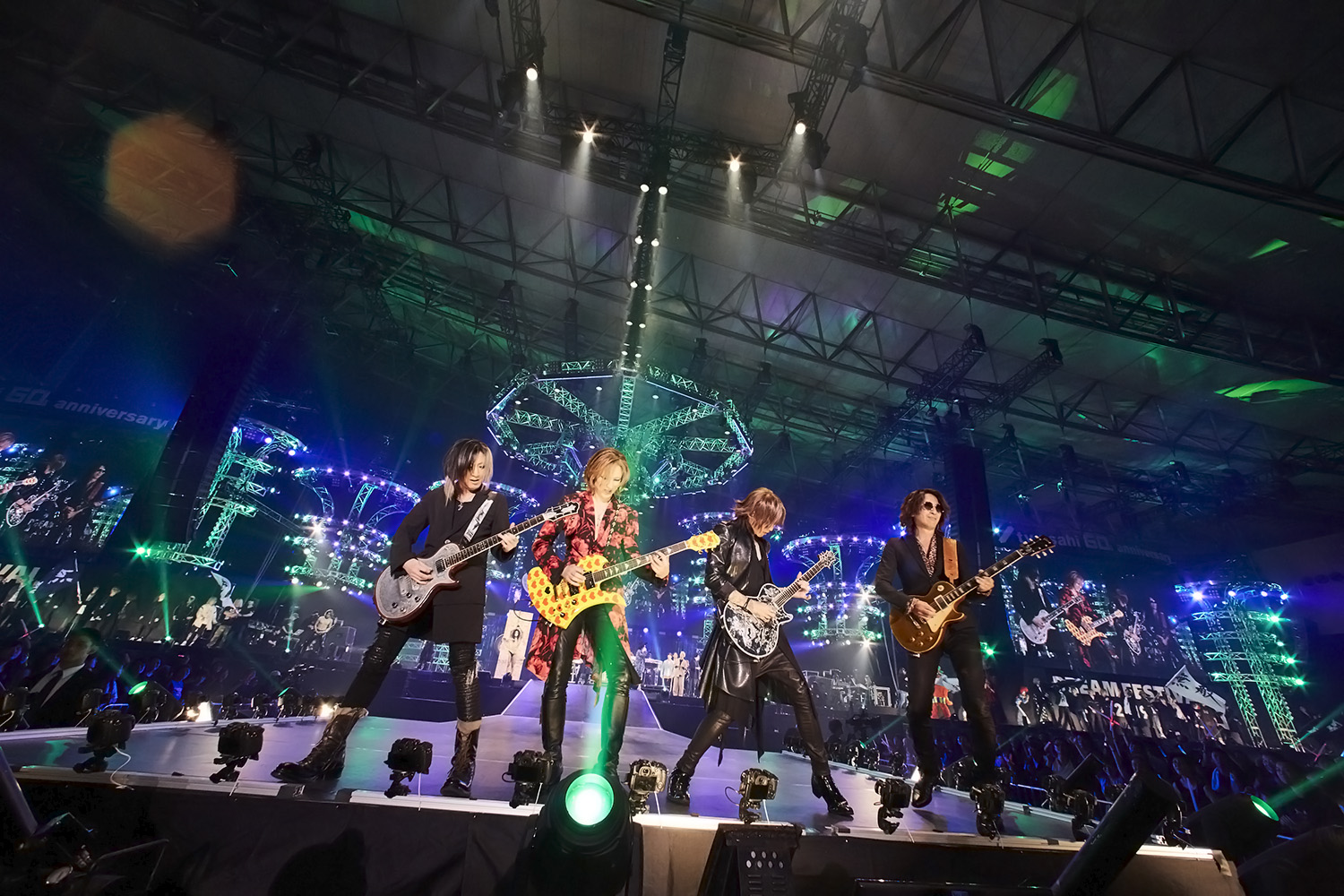 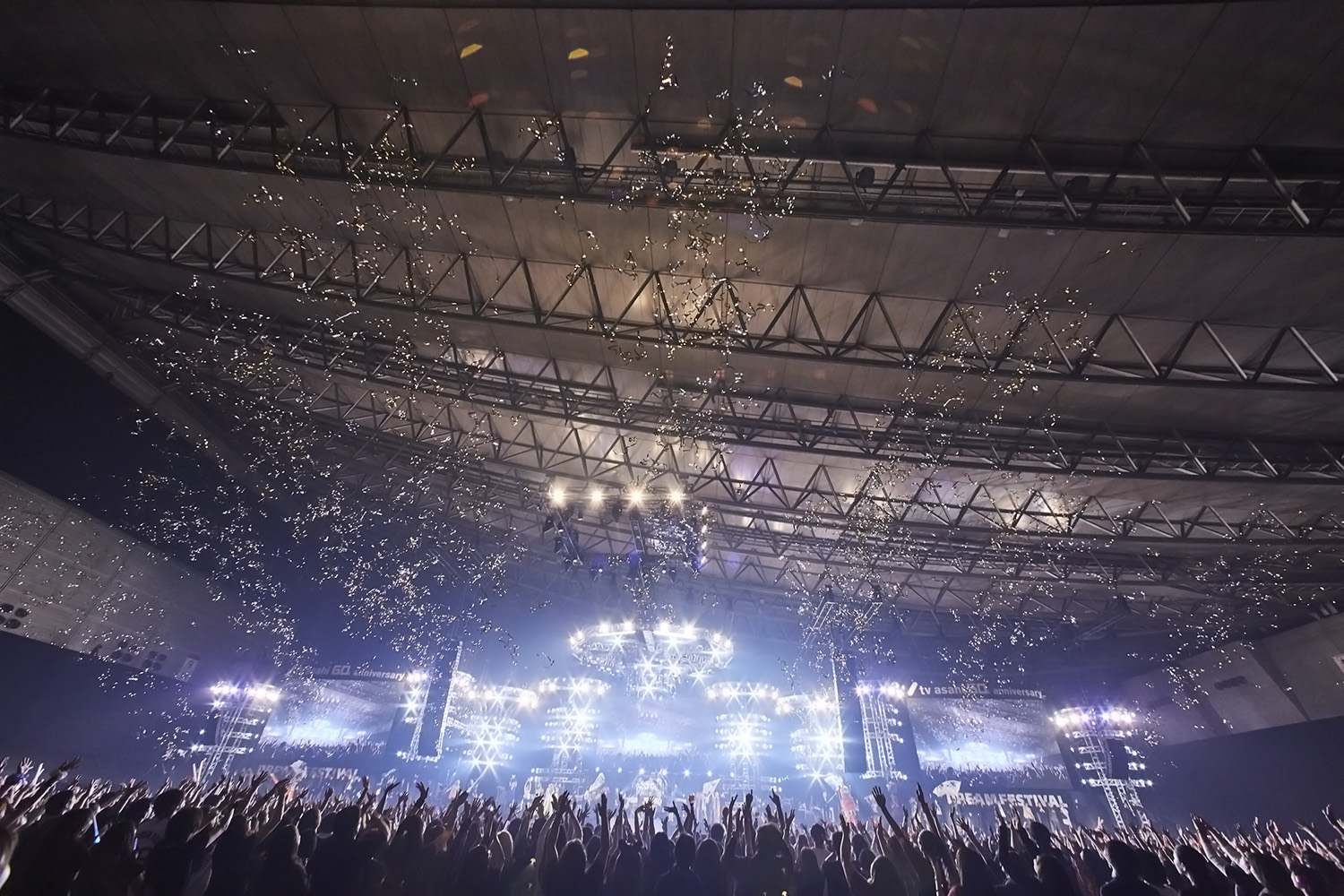 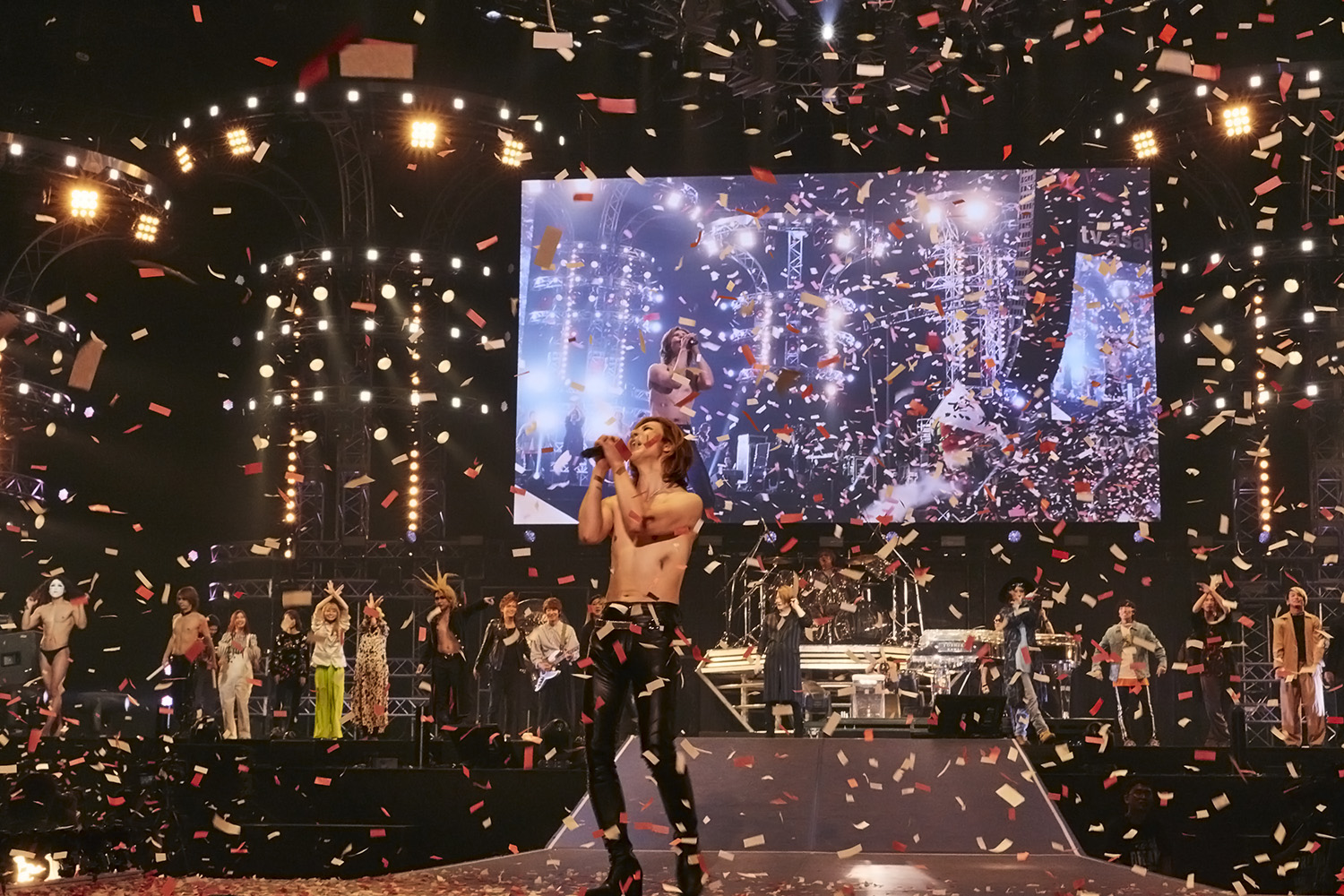 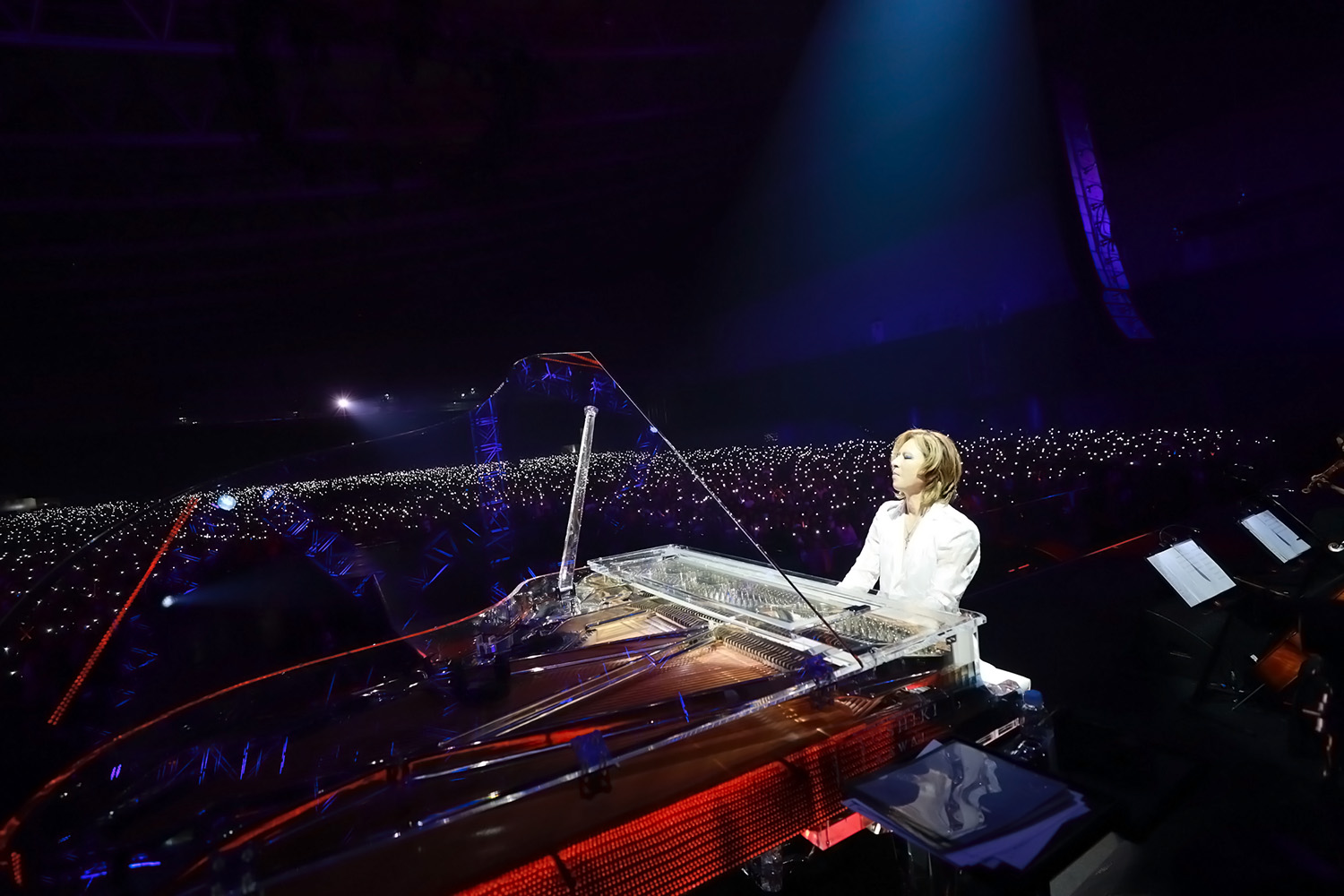 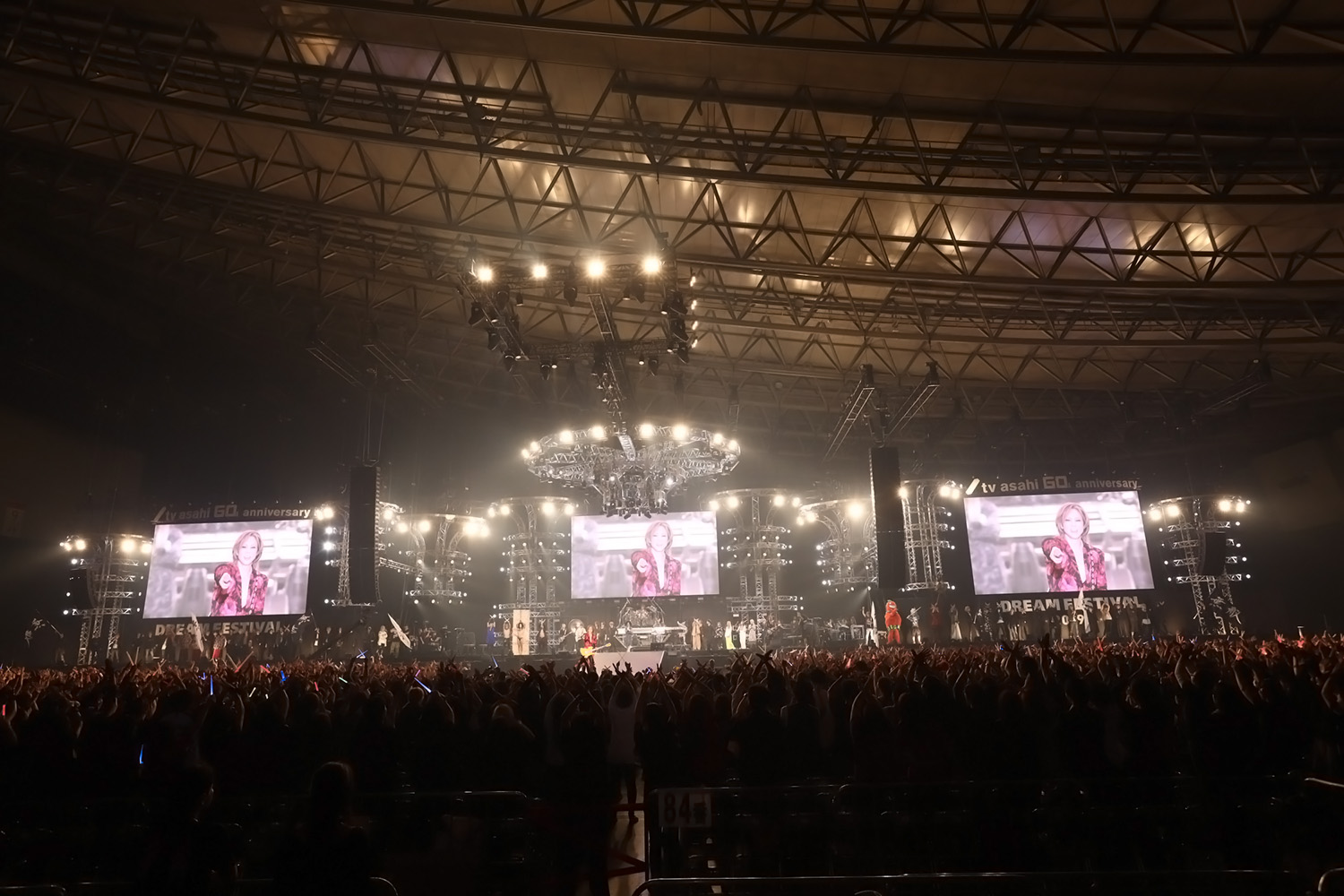 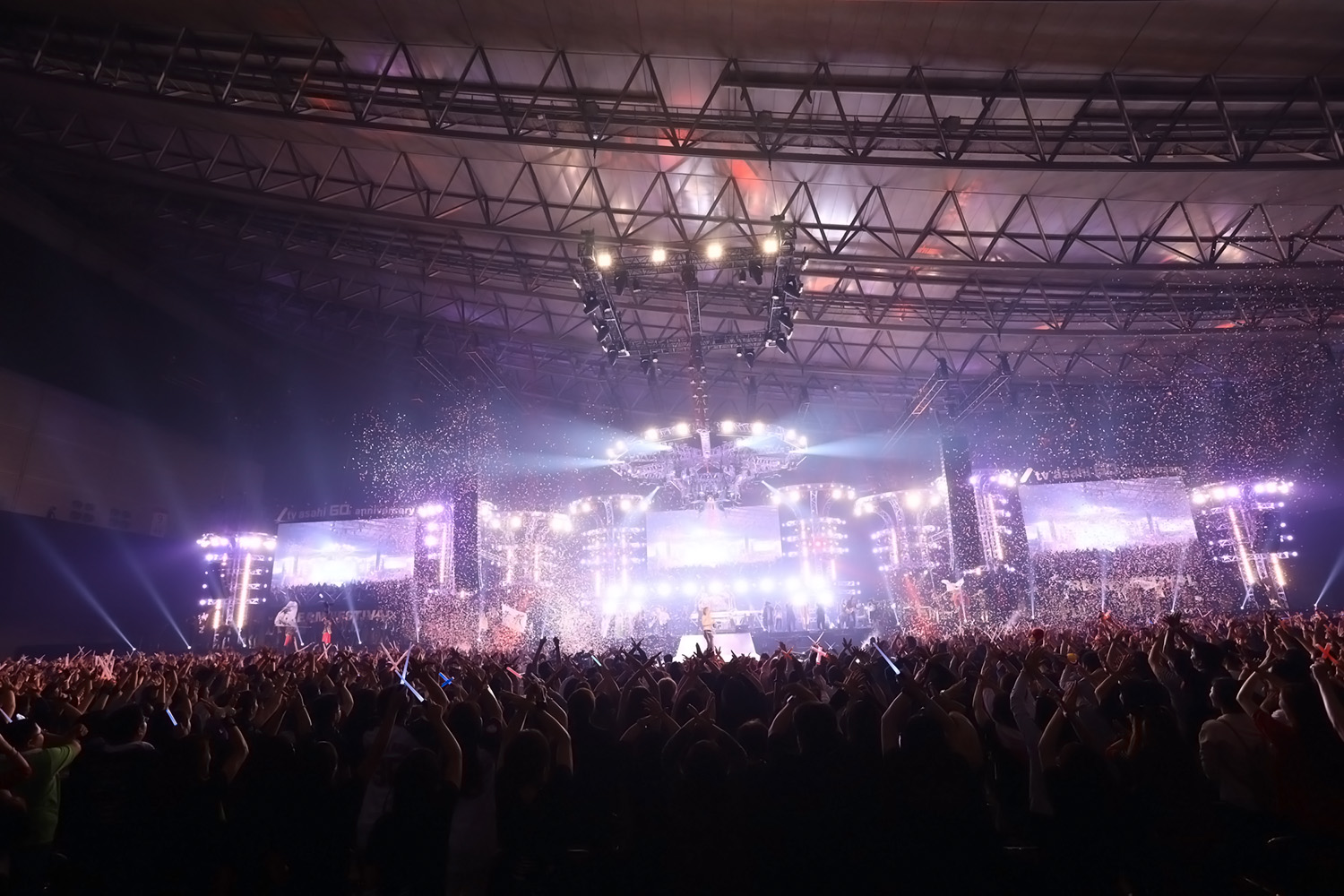