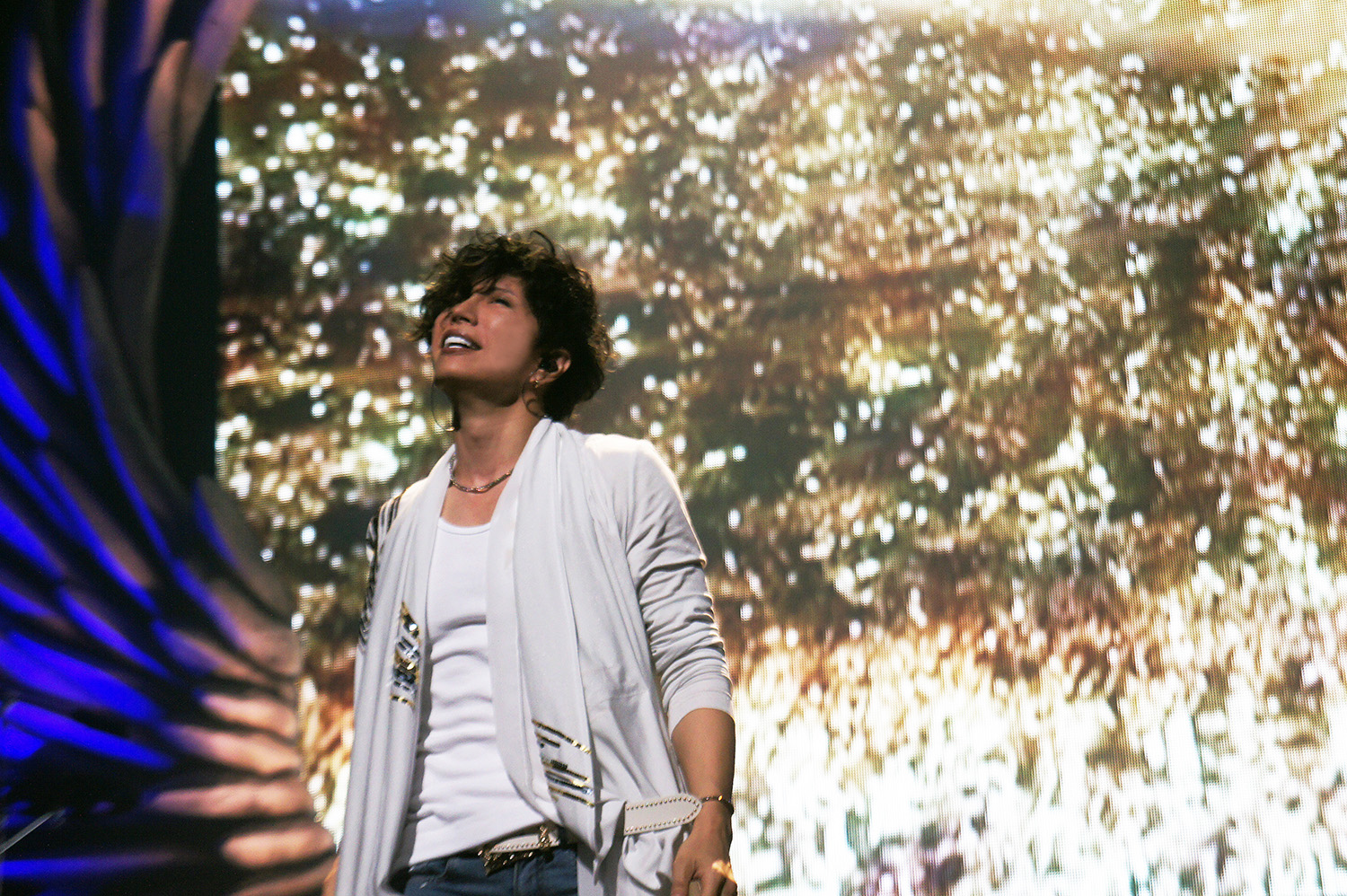 While most artists would approach their 20th anniversary in a serious and heartfelt way, GACKT chose to kick off his celebration of 20 years as a solo artist in a surprisingly lighthearted style. His “KHAOS” tour performance on January 24 at Tokyo National Forum Hall A opened with a movie-like trailer depicting scenes of life, death, and destruction, ending with the title of the tour in large letters, “KHAOS”.