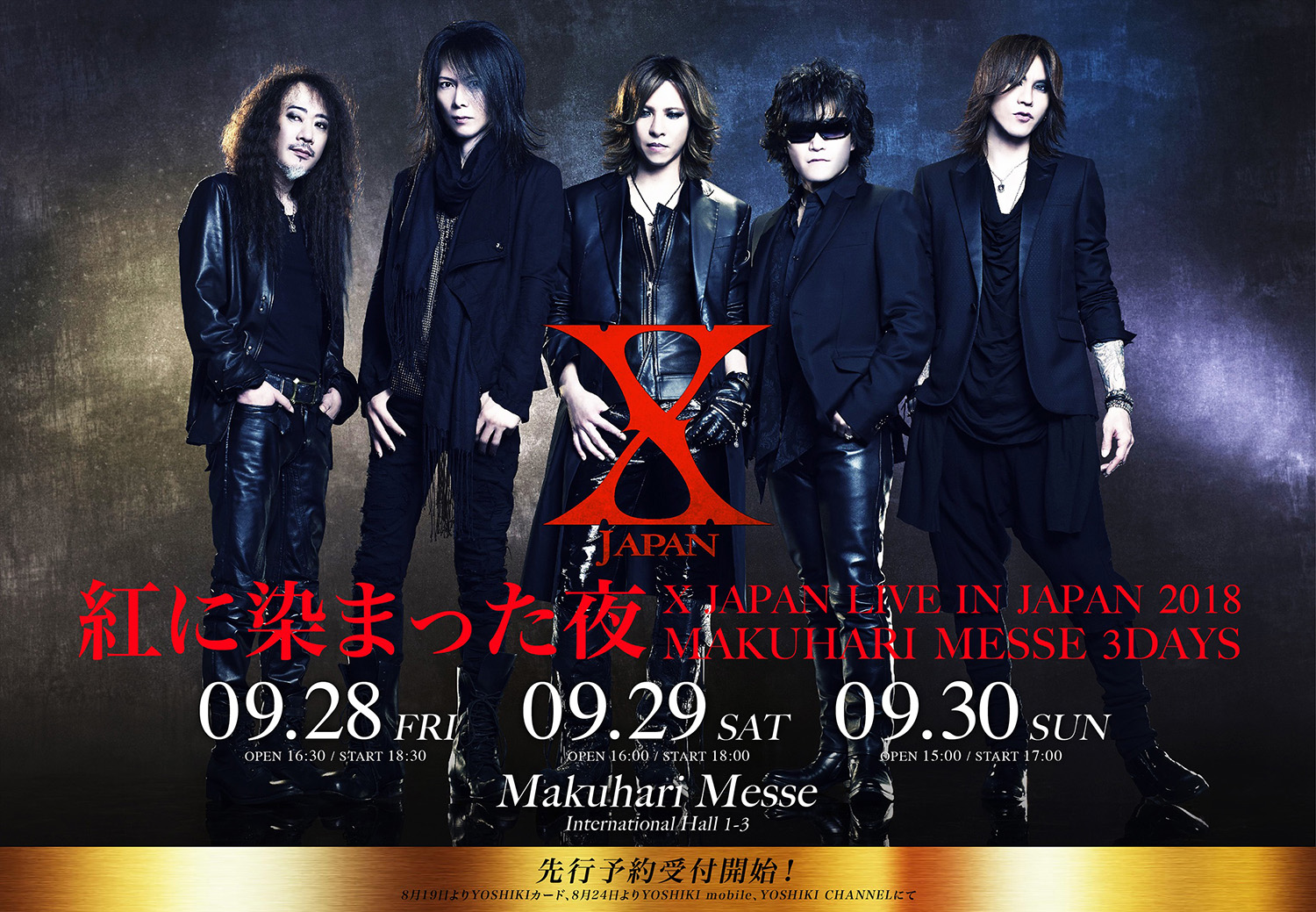 With an expected audience of 100,000 fans, announcing the three-day event just one month in advance is a bold move made possible by X JAPAN’s international popularity. Normally an event of this magnitude would be announced up to one year ahead of time.

“I had a lot of personal conflicts, both mentally and physically after surgery, and I wasn’t sure about these shows until the very last minute,” said YOSHIKI, talking about the concerts on Yoshiki Channel live from Los Angeles. “But I think we should try to move forward. We’ll decide the future of the band based on these concerts.”

After the announcement, the race for standing room tickets and VIP seats was so intense that it made headlines as fans in Japan and worldwide scrambled for the chance to see X Japan perform. The last time the band held a live event of this scale in their home country was their massive, two-day soccer stadium tour in 2010, playing for 130,000 fans at Nissan Stadium in Japan.

Since reuniting in 2008, X JAPAN has staged a limited amount of Japan tours, gaining international success at venues such as New York’s Madison Square Garden, Coachella Music Festival in California, and the UK’s Wembley Arena.

Ticket information for Japan is listed below, and tickets for international fans will be announced soon.

There is ID check for prevention of resale.
Re: Package Contents / Seating Chart — please check with VIP HP before booking.

■ International Tickets – To be announced soon