Press Release: “With soul in every note”: X Japan Completes 6 Nights of Miracles at Yokohama Arena 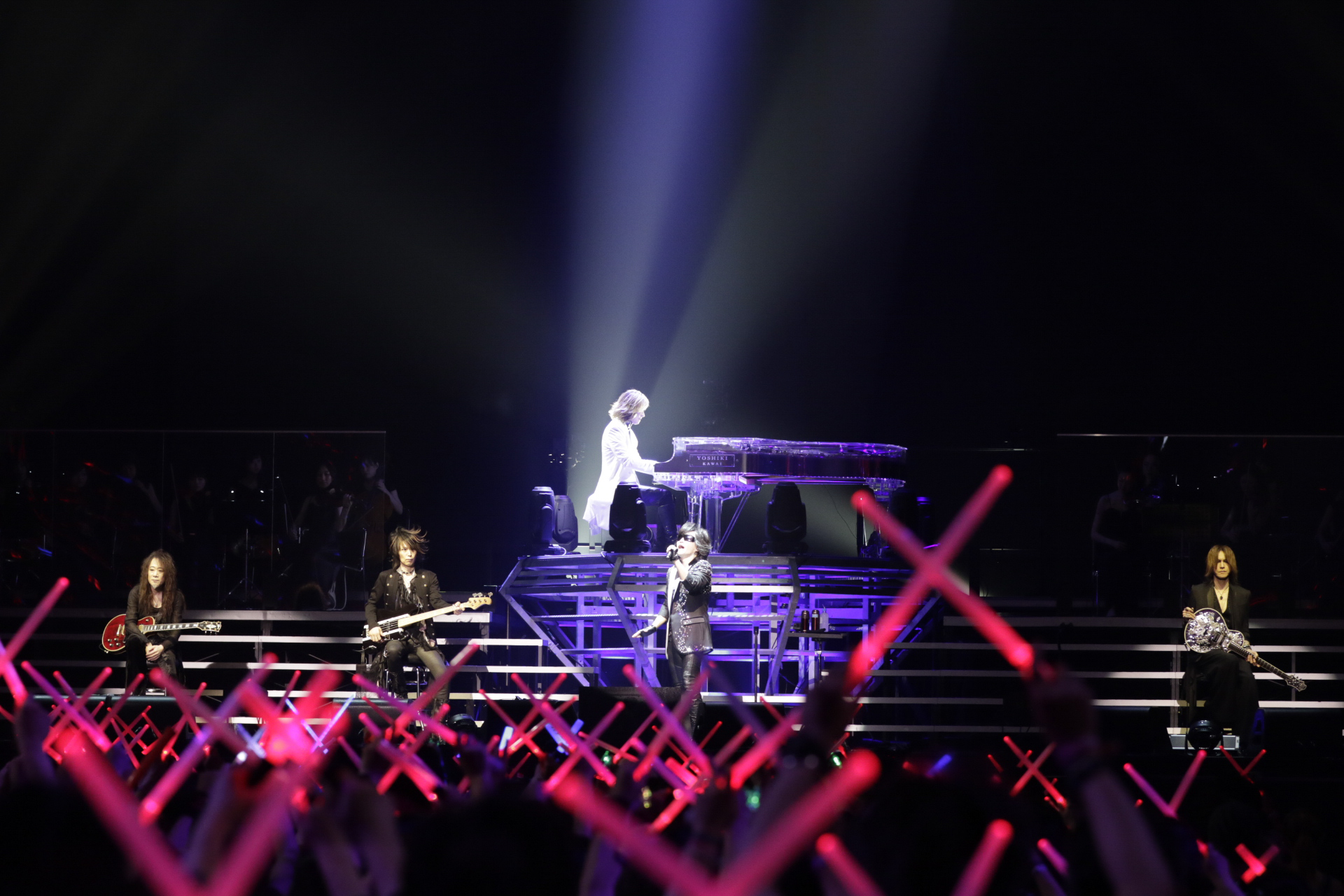 Starting at Osaka-jo Hall and continuing over six days, “X JAPAN WORLD TOUR 2017 WE ARE X Acoustic Special Miracle 6 DAYS” had its final performance on Monday, July 17, at Yokohama Arena.

Starting with the July 11 concert in Osaka, the tour had a total of six performances in two cities. With even last-minute additional seats sold out, the number of audience members for the six-day event totaled 70,000. “I want to have a concert that will make history,” YOSHIKI said in a news conference before the first day of performances. For X JAPAN, the band that has made the drums their weapon, and for YOSHIKI, who continues to do the unprecedented, this tour was historic in establishing “a new style”.

Incorporating elements from the special pre-concert edition of the documentary film We Are X, this tour opened the door to dramatic shows that are connected to the film and a yet unheard-of style for X JAPAN. The tour’s final concert started with YOSHIKI’s words: “Welcome to a night of miracles.”

X JAPAN masterpieces such as “Forever Love”, “Tears”, “Without You”, “Art of Life”, along with other treasured songs that haven’t been performed in recent concerts like “Say Anything”, and “Longing”, plus “Kurenai”, “Silent Jealousy”, “Week End” — songs that were originally characterized by fierce drumming — were recreated with beautiful classical arrangements. It was truly an X JAPAN performance that “you could never see before now.”

Immediately afterwards, the crowd’s thunderous chorus of “X” — called “X-jumping”, a special sight seen at X JAPAN’s concerts — was so full of energy that it was hard to believe it was an acoustic concert.

Performances over three hours long were arranged during rehearsal, and the concerts continued to evolve with each performance. Soon after the first day’s performance in Osaka, fan comments proclaiming that this tour’s set list was “Chosen by God” overflowed on social media, along with rumors and discussions of the next concert’s possibilities and most-wanted requests.

Fans showed their passion for YOSHIKI’s comeback even before the shows began, and the tour goods at every performance were sold out soon after the venue sales opened.

After his surgery, YOSHIKI worried about whether to go through with the concerts. Even up until the first day of the tour, he worried if a drummer could have a successful concert without hitting his drums.

For YOSHIKI, his first post-surgery performance, as well as his new challenge of performing “all songs acoustic style”, were both new endeavors in the group’s history. But as a result, the tour became a huge step in establishing X JAPAN’s new style.

“X means ‘infinite possibilities’,” said YOSHIKI. “Nothing is impossible. This tour gained new meaning for us. Whatever happens, we won’t lose. We won’t give up. Even if we fall down 100 times, we’ll crawl to our feet.” YOSHIKI stated they had become even more energized, and now nothing could stop them.

At the end of the tour, YOSHIKI thanked everybody involved in the concert: the staff, the band members, and more than anything, all of the fans. He expressed words of gratitude, and while shedding tears of emotion, ended the last performance with “Endless Rain”. After the performance, as a surprise, a large banner covered in comments from fans was presented on stage. It was an emotional final moment for the Japan tour.

YOSHIKI declared that he “wants to return to drumming within the year”, and he is vigorously working towards a full comeback. Without any delay, he plans to perform his “Evening With Yoshiki” dinner shows, release the We Are X Blu-ray in Japan, and finally complete production of X JAPAN’s long-awaited studio album, the band’s first in 21 years.

Starting in Nagoya on August 26 and continuing to Osaka and Tokyo, this year’s Premium Dinner Shows are a rare opportunity for fans to enjoy live solo concerts up close with YOSHIKI, with expected attendance of over 10,000 people in August and September. Tokyo’s evening shows are already sold out, and just a few remaining seats are available for the Nagoya and Osaka performances. An additional “Breakfast with Yoshiki” concert in Tokyo was flooded with orders as soon as it was announced.

Because of YOSHIKI’s surgery, a huge obstacle that could have presented difficulties for X JAPAN instead gave them new opportunities, and they sprinted with full strength to the finale of their “Six Nights of Miracles”. Arming themselves with “a new style”, X JAPAN will continue towards the next stage to take on their next challenge, “the wall that stands in the world ahead of us”. 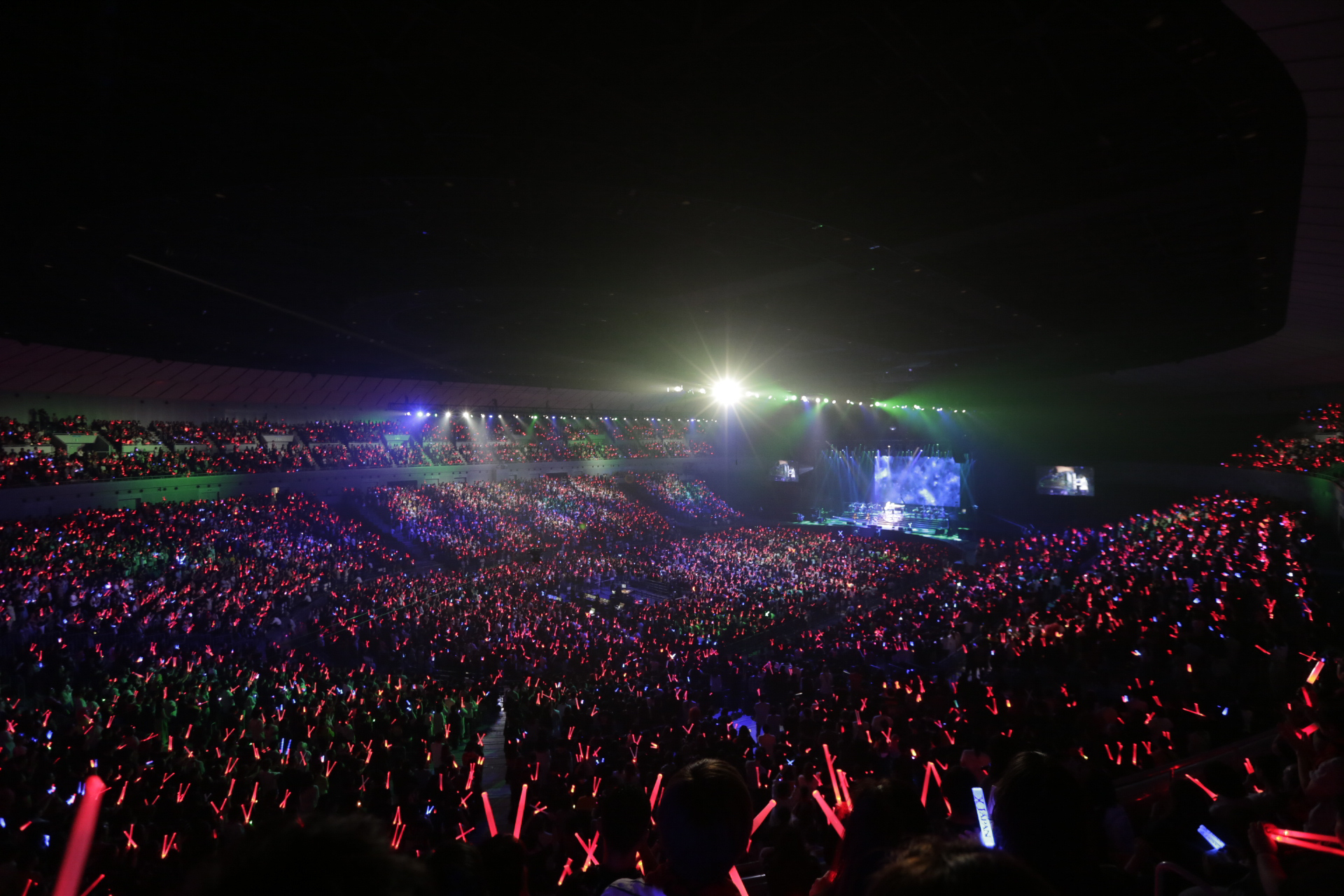 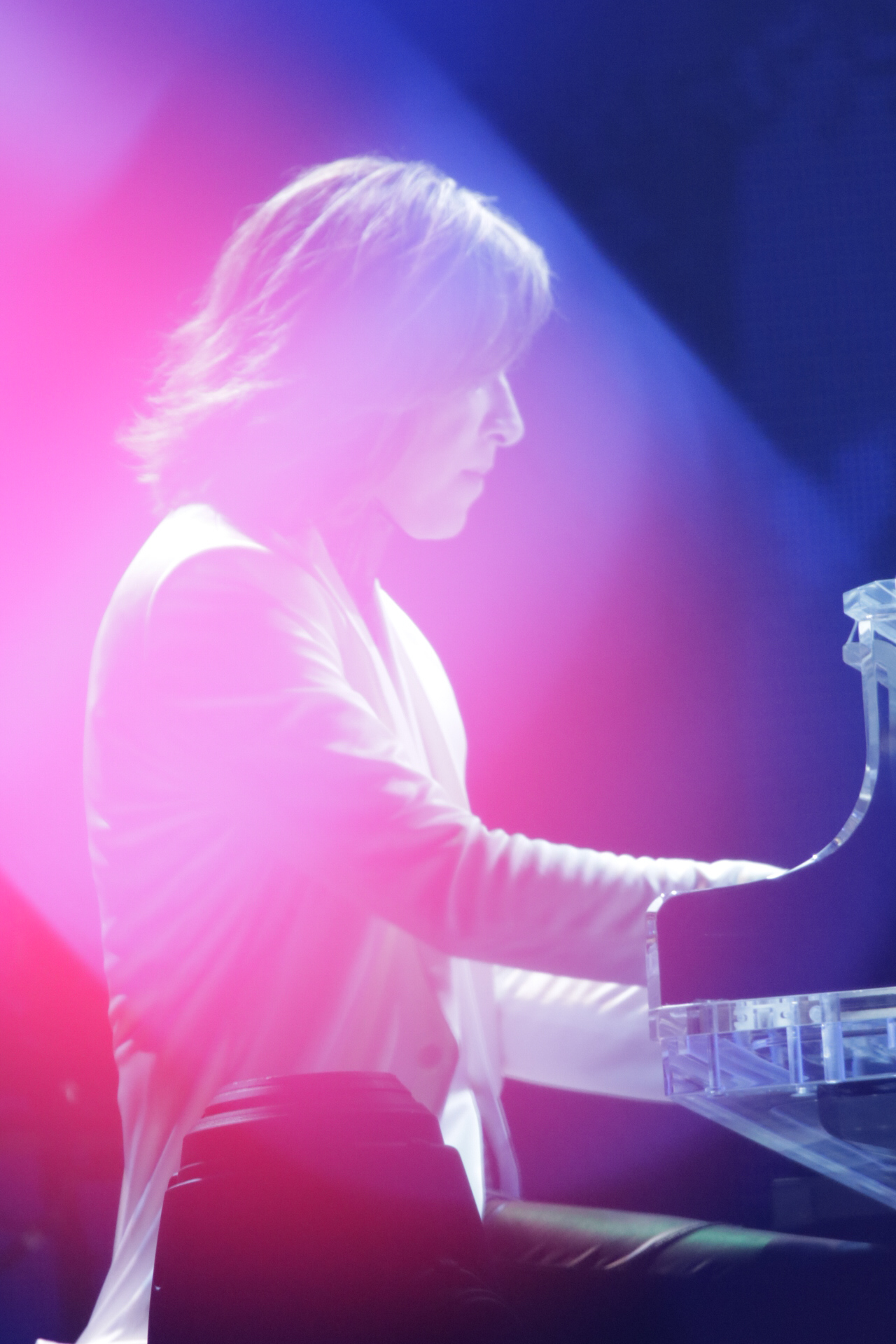 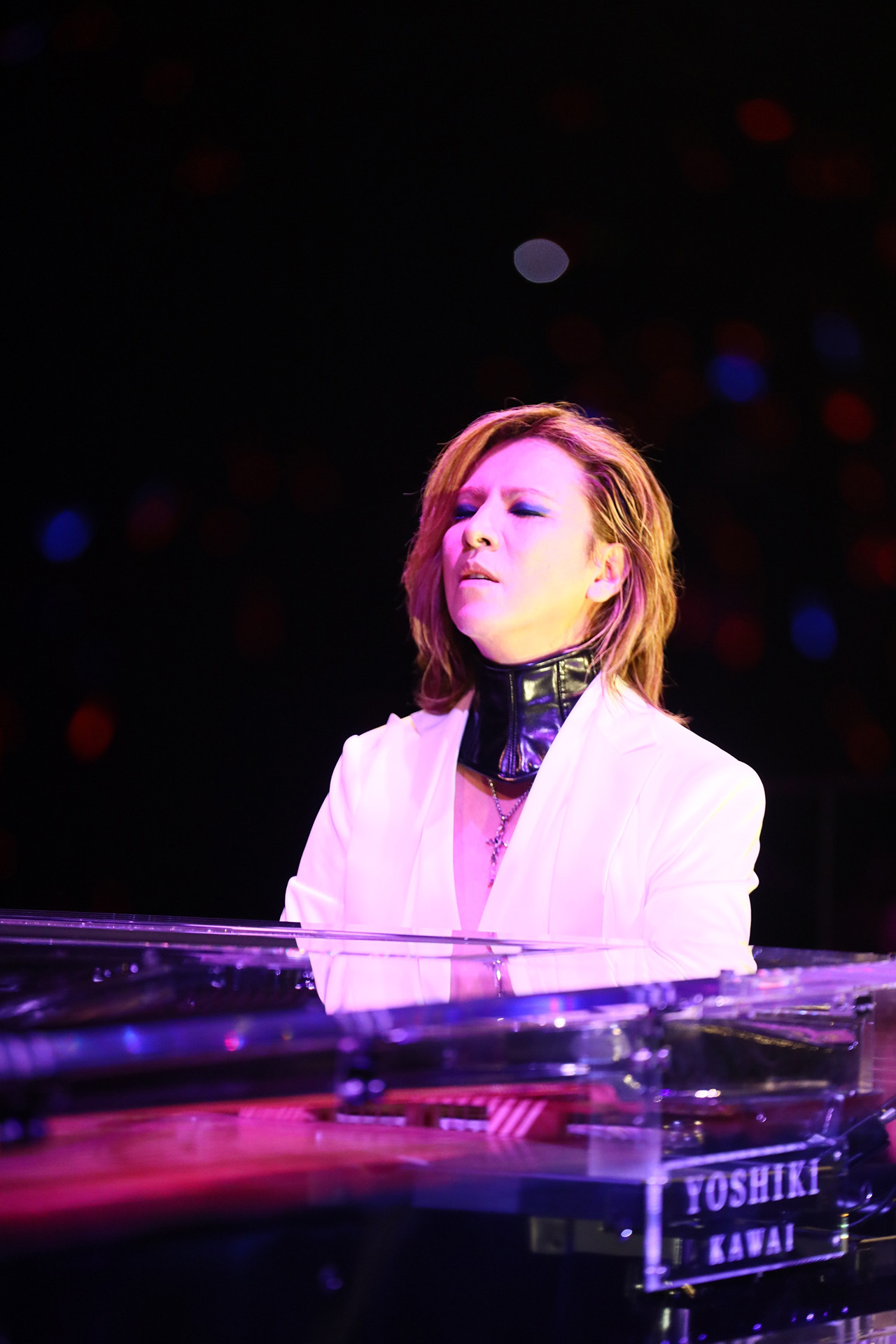 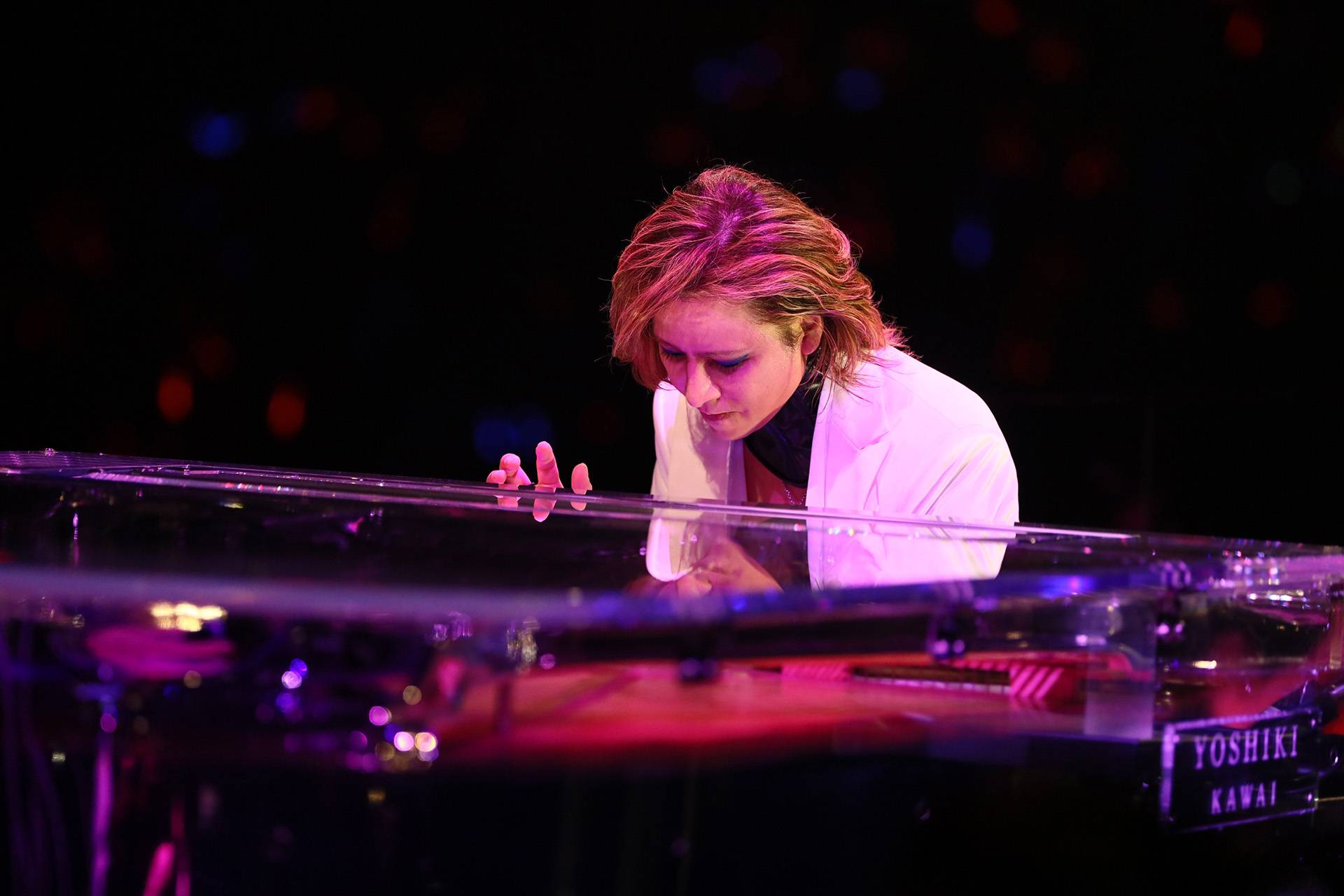 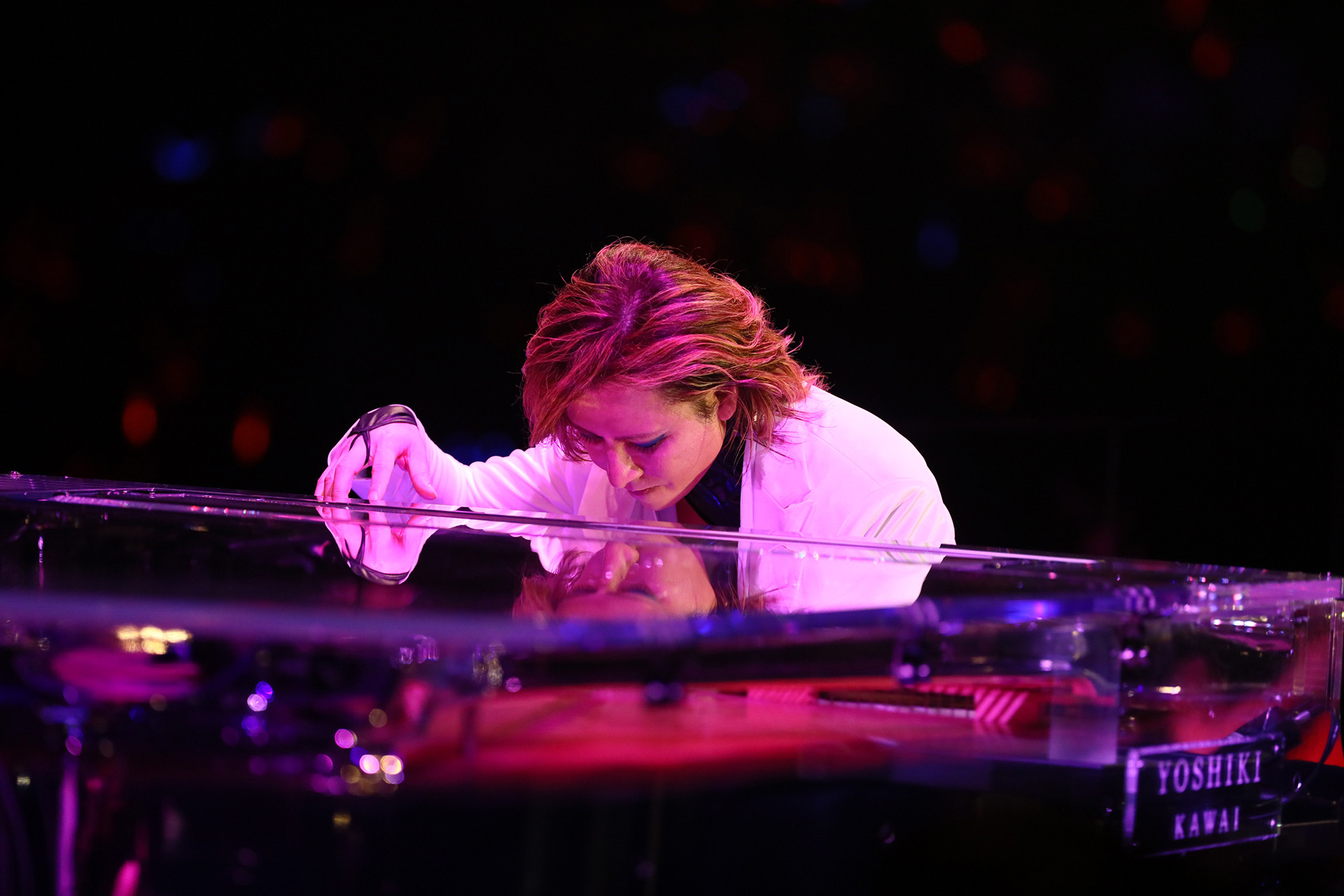 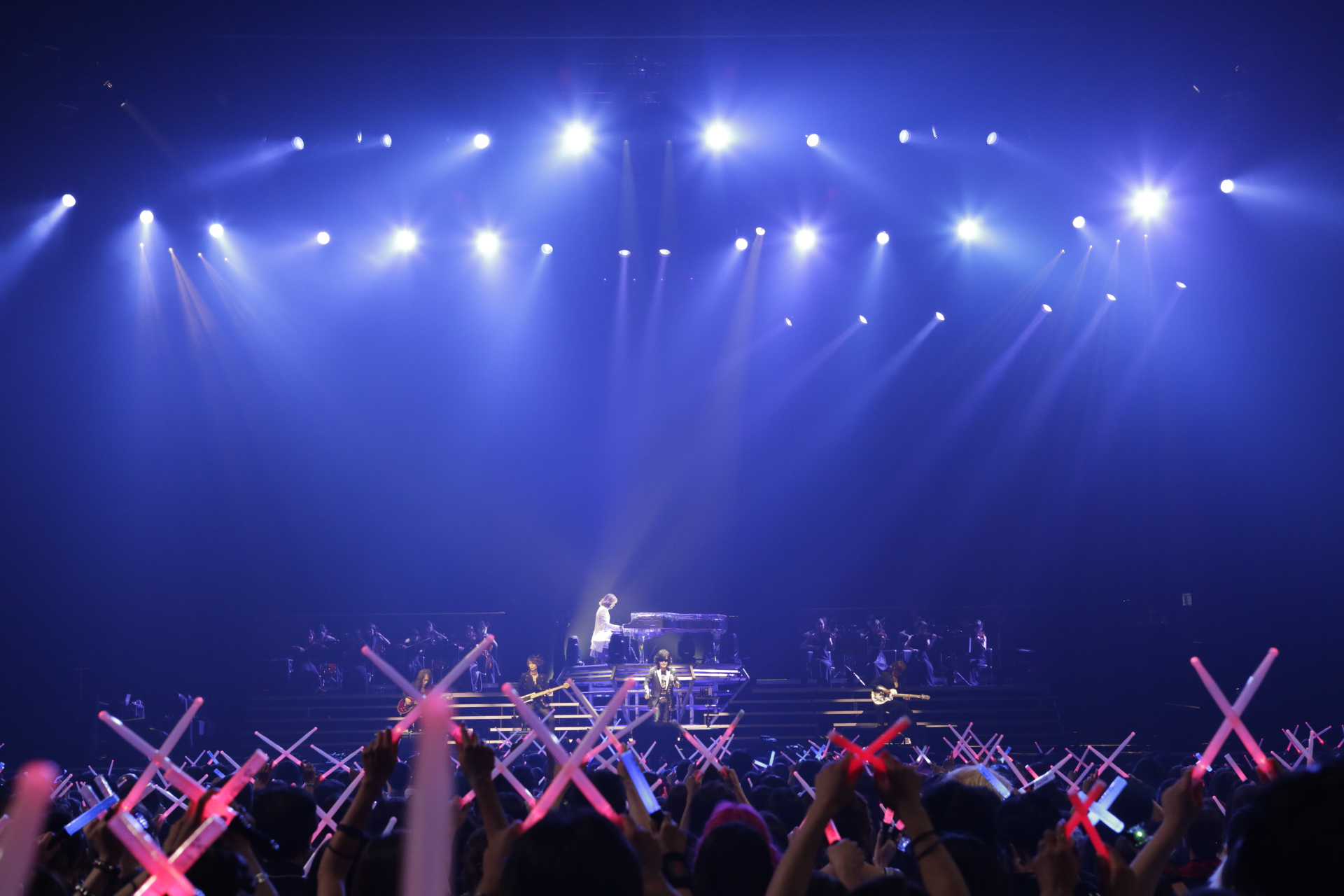 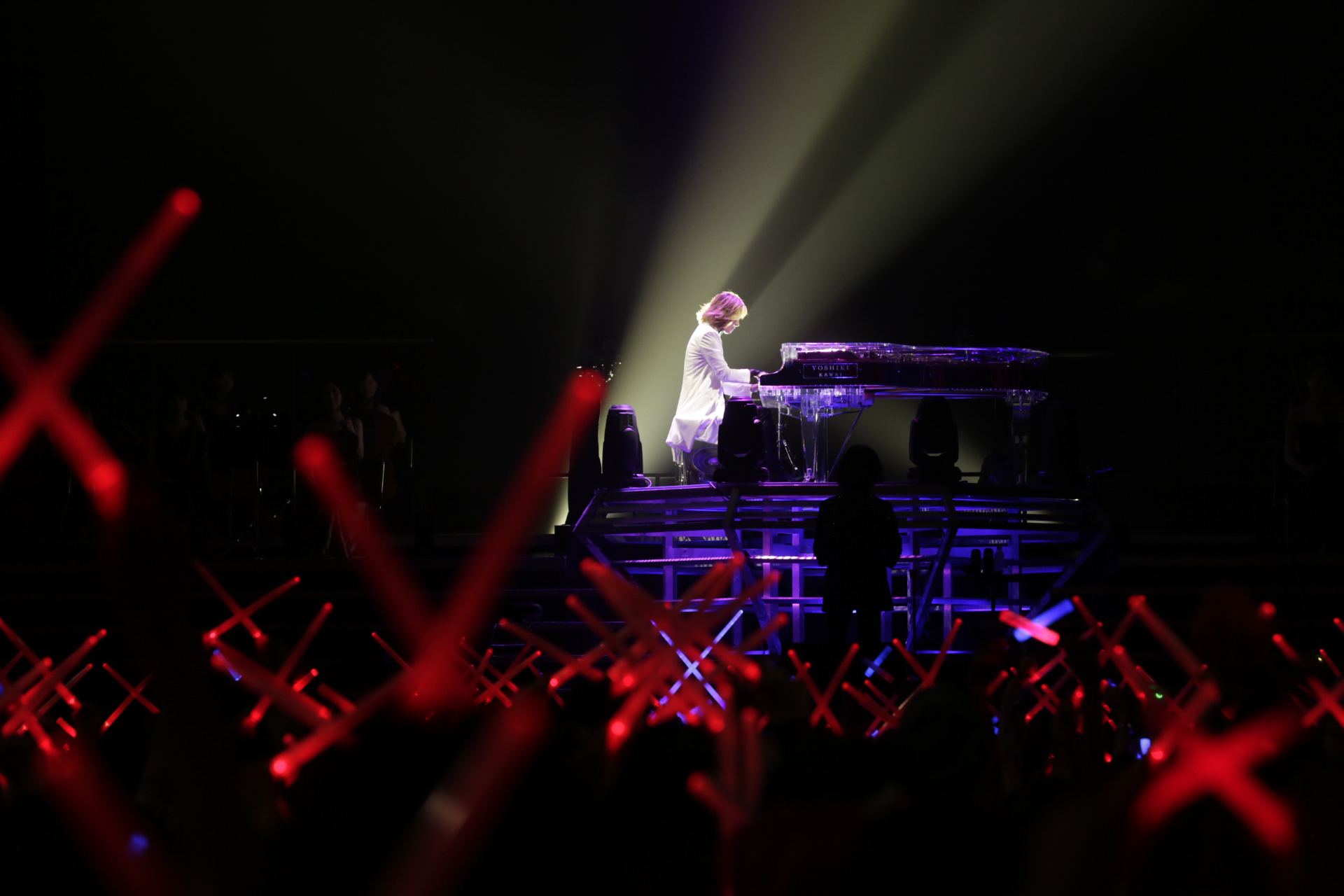