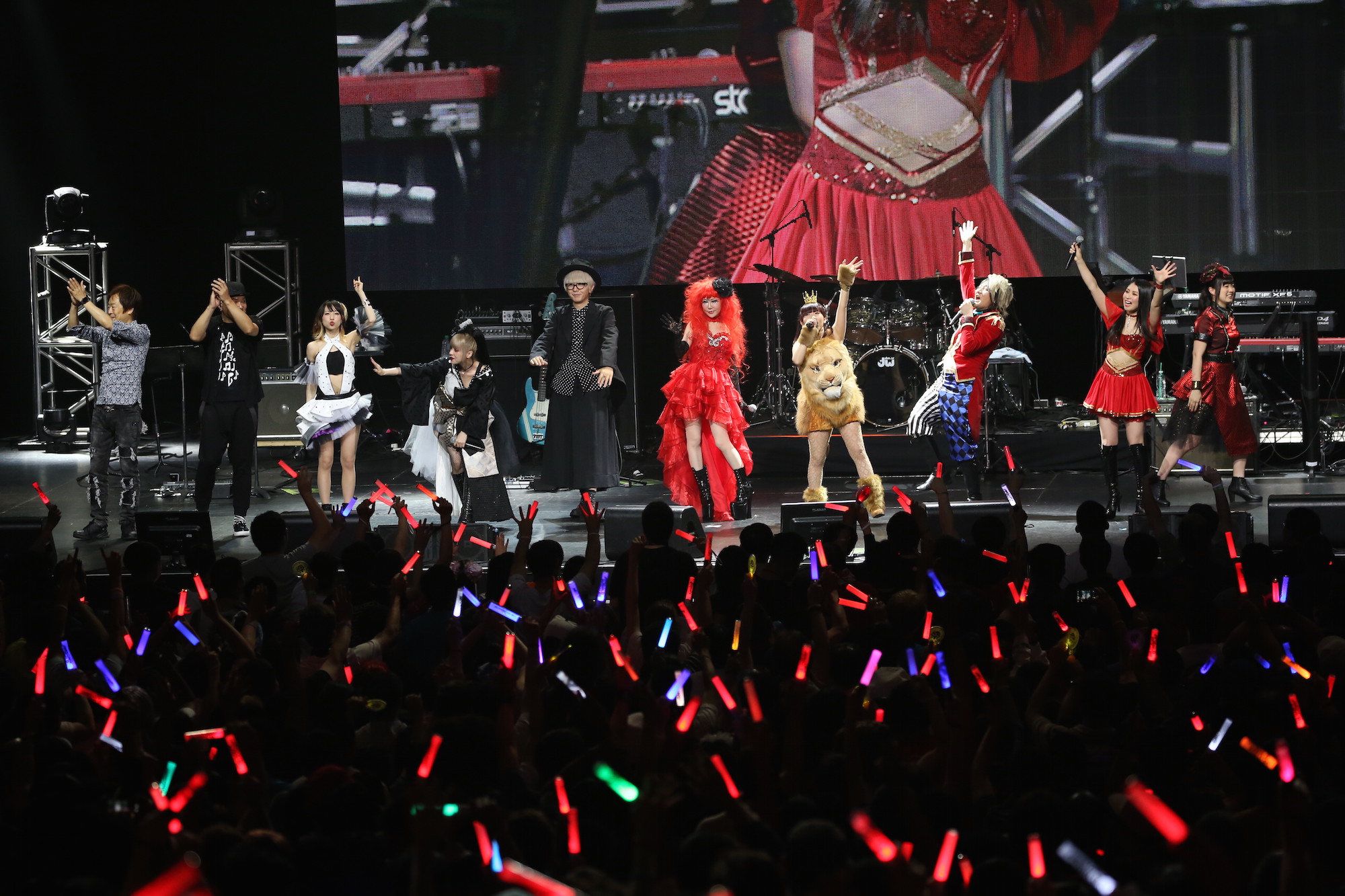 On July 1, 2017, “Anisong World Matsuri at Anime Expo 2017 ~Japan Super Live~” was held at the Microsoft Theater in Los Angeles, marking the second night of back-to-back concerts performed for over 13,000 fans at Anime Expo 2017, the largest anime convention in North America.

Anisong World Matsuri is an event made possible through the collective efforts of Japanese companies that focus on animation-related contents. The event aims to spread Japan’s animation/anisong culture, and to maximize its value throughout the world.

The concert began with a special collaboration by angela and Konomi Suzuki performing “Zankoku na Tenshi no These” (“A Cruel Angel’s Thesis”, the theme song from the worldwide hit anime Neon Genesis Evangelion). The concert’s energy rose to to the highest level right away. Konomi Suzuki then continued with a solo performance including the popular anime theme songs “This game” (from No Game No Life), “Blow out” (from Akashic Records of Bastard Magic Instructor), and “Redo” (from Re:Zero -Starting Life in Another World-).

The next performer on stage was Mashiro Ayano. The atmosphere at the venue heated up as the rising anisong star performed “vanilla sky” (from GUNSLINGER STRATOS), “NEWLOOK” (from Re:CREATORS), and “ideal white” (from Fate/stay night: Unlimited Blade Works).

After Mashiro’s set, GARNiDELiA took over the stage and performed “ambiguous” as vocalist MARiA’s powerful voice filled the venue and the audience started to jump to the rhythm. Their dancers appeared afterwards as GARNiDELiA performed a high-energy selection of their anisong hits “grilletto” (from The Irregular at Magic High School), “SPEED STAR” (from The Irregular at Magic High School The Movie), and “Yakusoku -Promise code-” (from Qualidea Code). MARiA then welcomed Mashiro Ayano back to the stage for a collaboration performance of “Sorairo Days” (from Gurren Lagann). The unexpected surprise made the audience cheer with joy.

Voice actress and anisong singer Minori Chihara began the second half of the concert, supported by enthusiastic cheers. After performing “Paradise Lost” (from Ga-rei -Zero-), “TERMINATED” (from Horizon in the Middle of Nowhere) and “Beyond the Boundary” (from Beyond the Boundary), Arika from ALI PROJECT appeared on stage and the two singers performed “Celestial Diva” (from CHAOS RINGS II). The pair overwhelmed the venue with their unique voices. Minori Chihara then sang the opening theme of The Melancholy of Haruhi Suzumiya, the anime series that pushed Minori to worldwide fame. As she performed her final song, “Freedom Dreamer,” the hall was vibrating with energy.

Finally, the baton was passed to angela, who performed some of their hottest anime songs like “Boku wa Boku de Atte” (from Ajin: Demi-Human), “Asu he no brilliant road” (from Stellvia), “Sidonia” (from KNIGHTS OF SIDONIA), “KINGS” (from K), and “Shangri-La” (from Fafner in the Azure).

After all the performances, each artist lined up on stage and greeted the audience. angela, the final performer for Anisong World Matsuri at Anime Expo 2017, promised the audience “We will come back again!”, and the show was ended successfully. 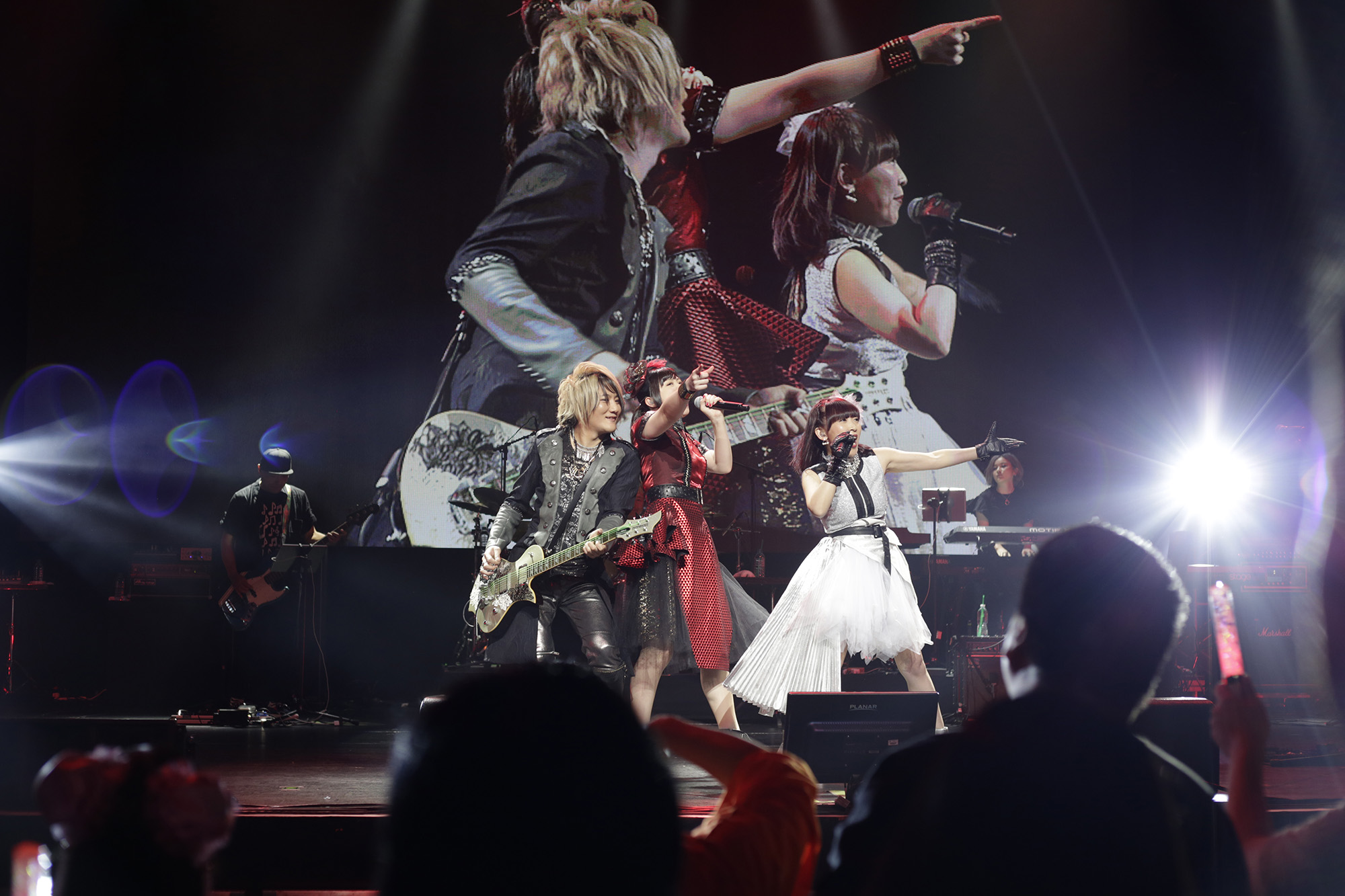 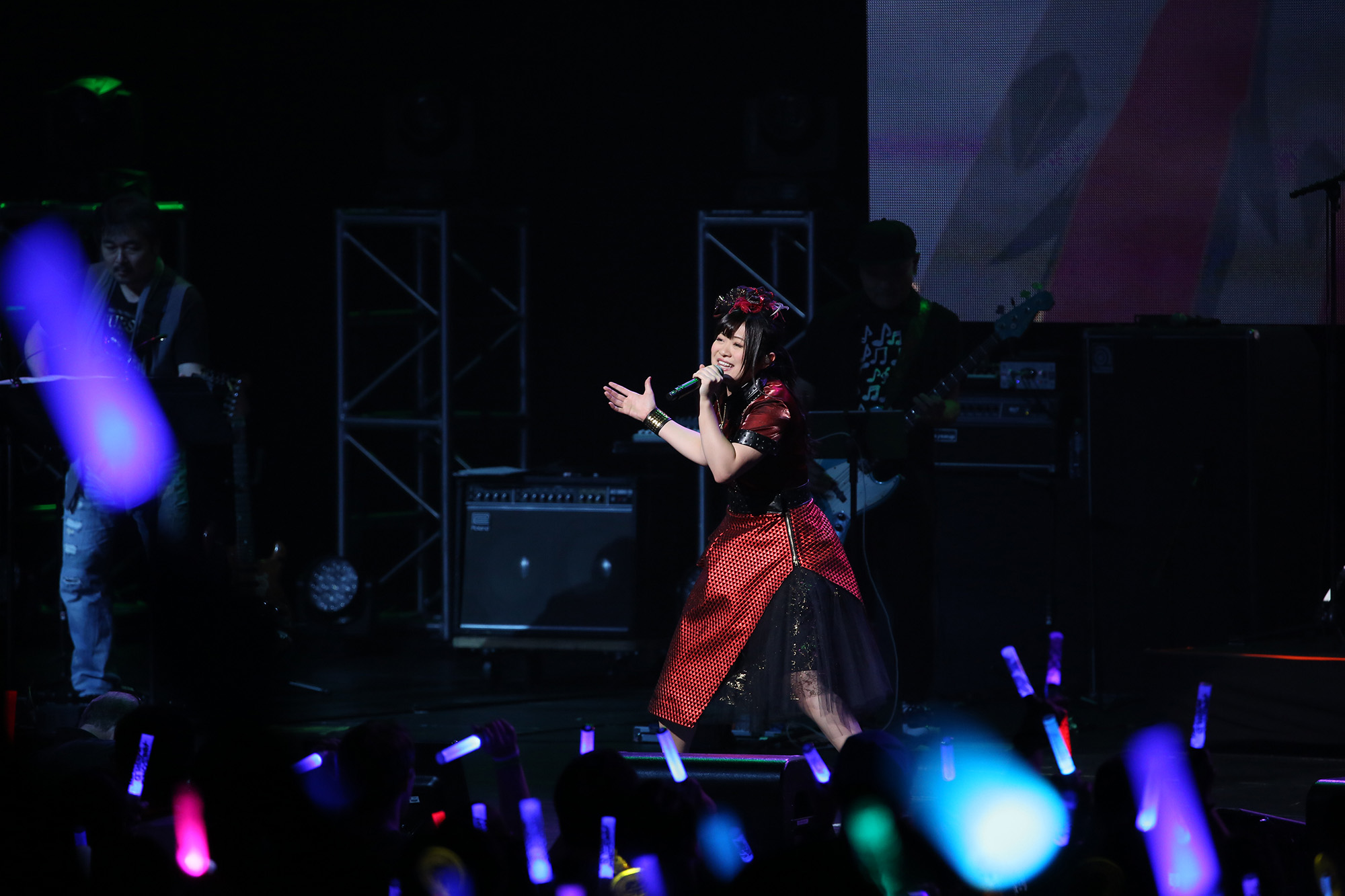 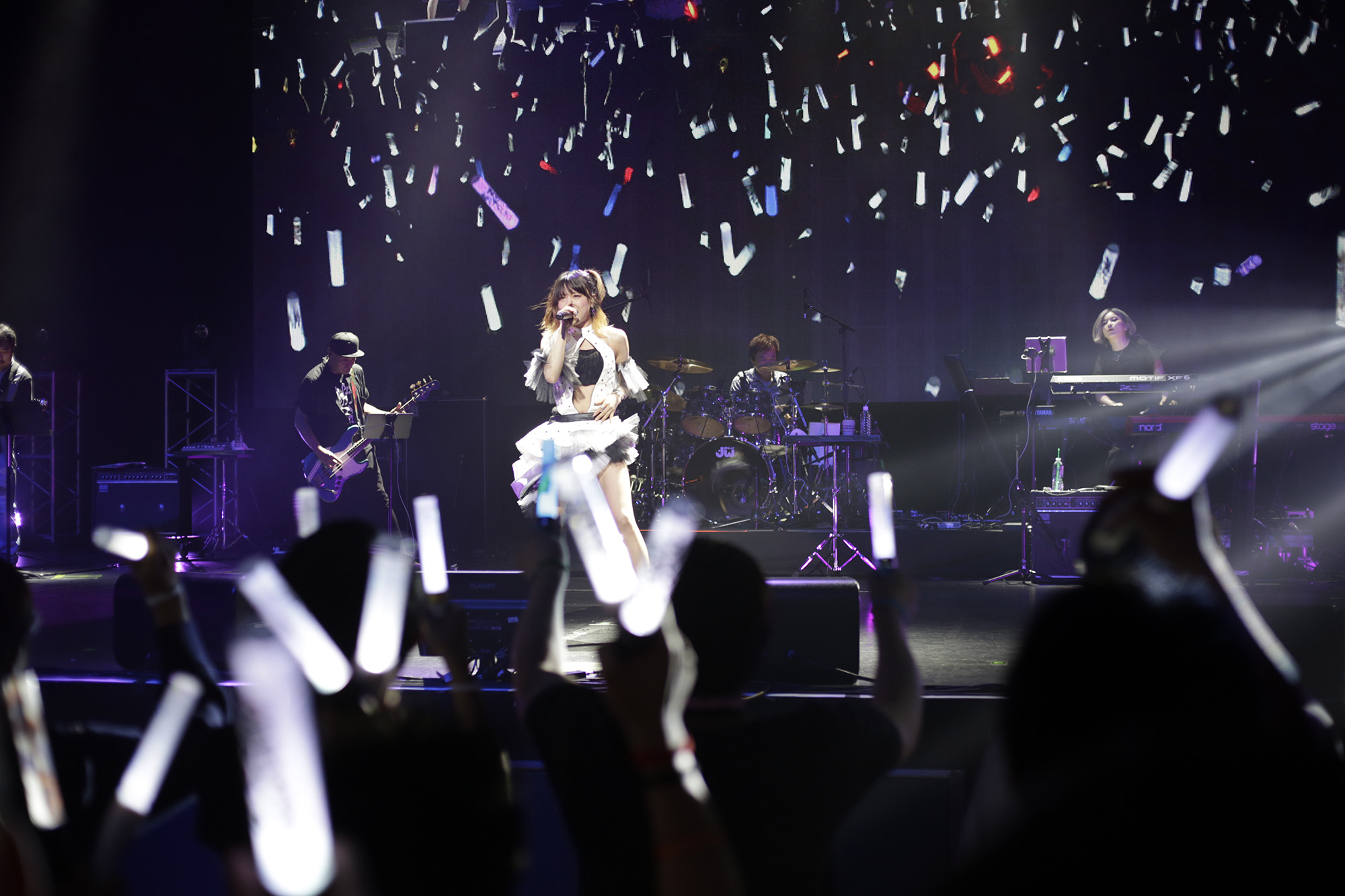 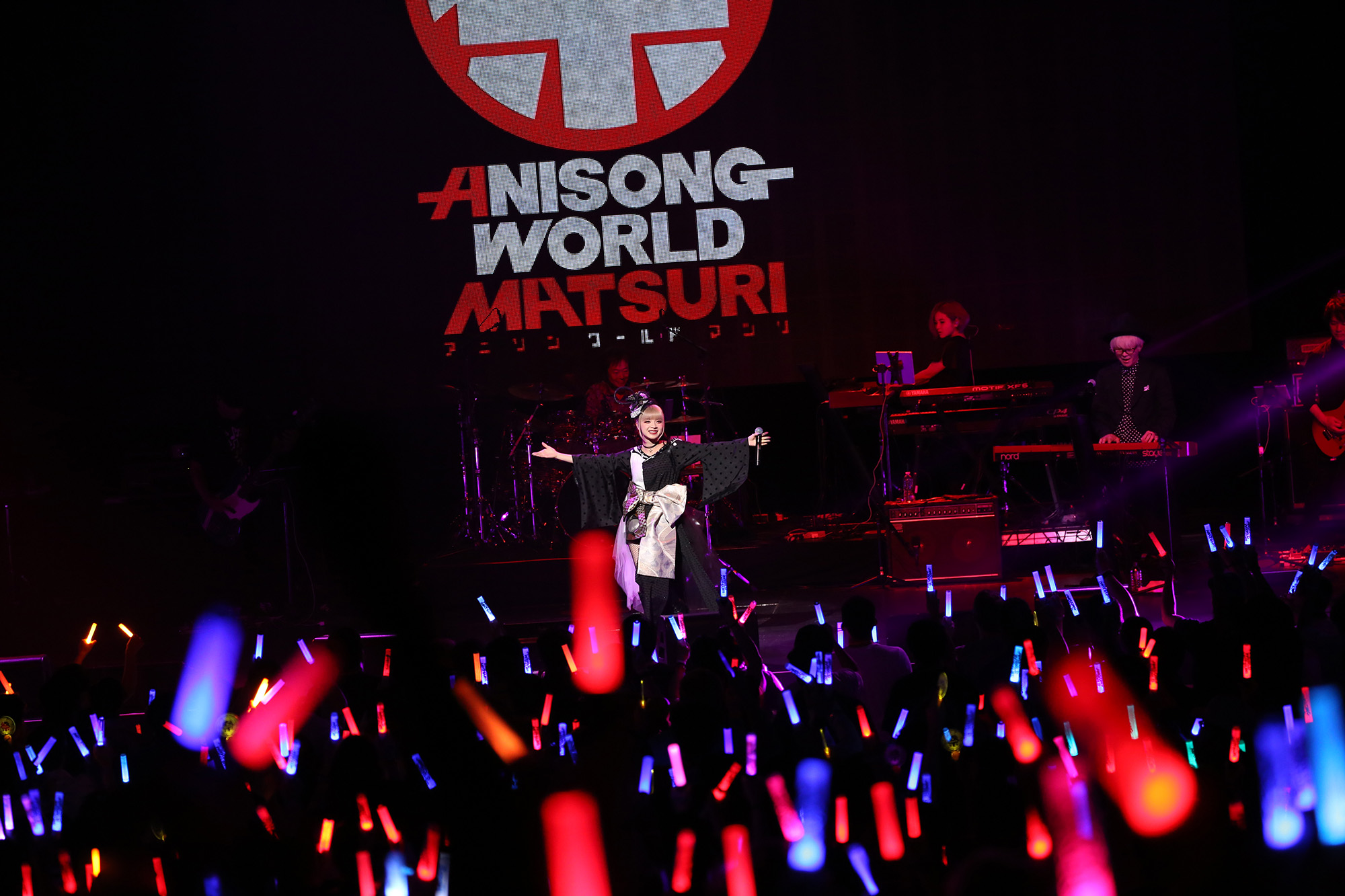 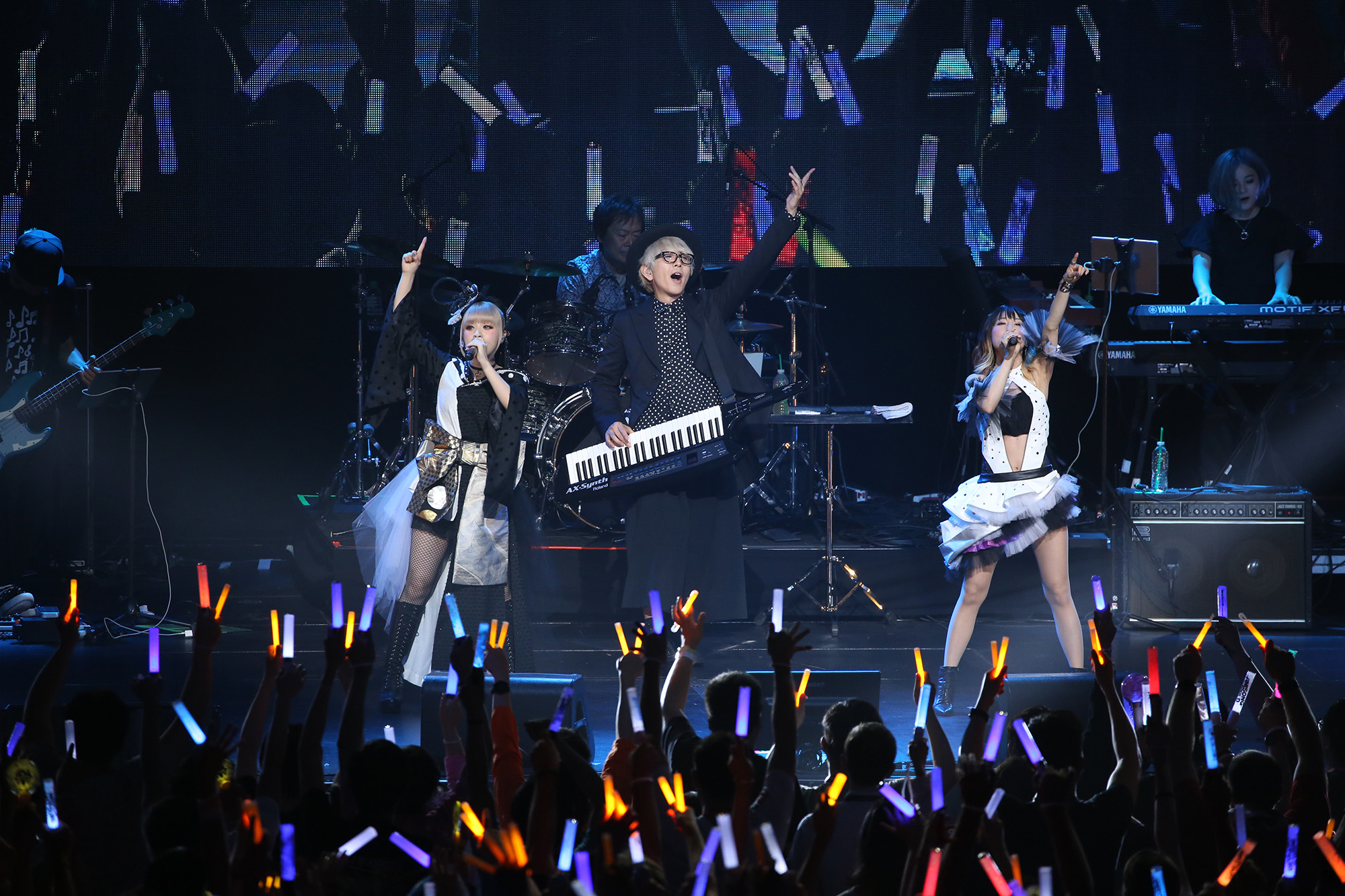 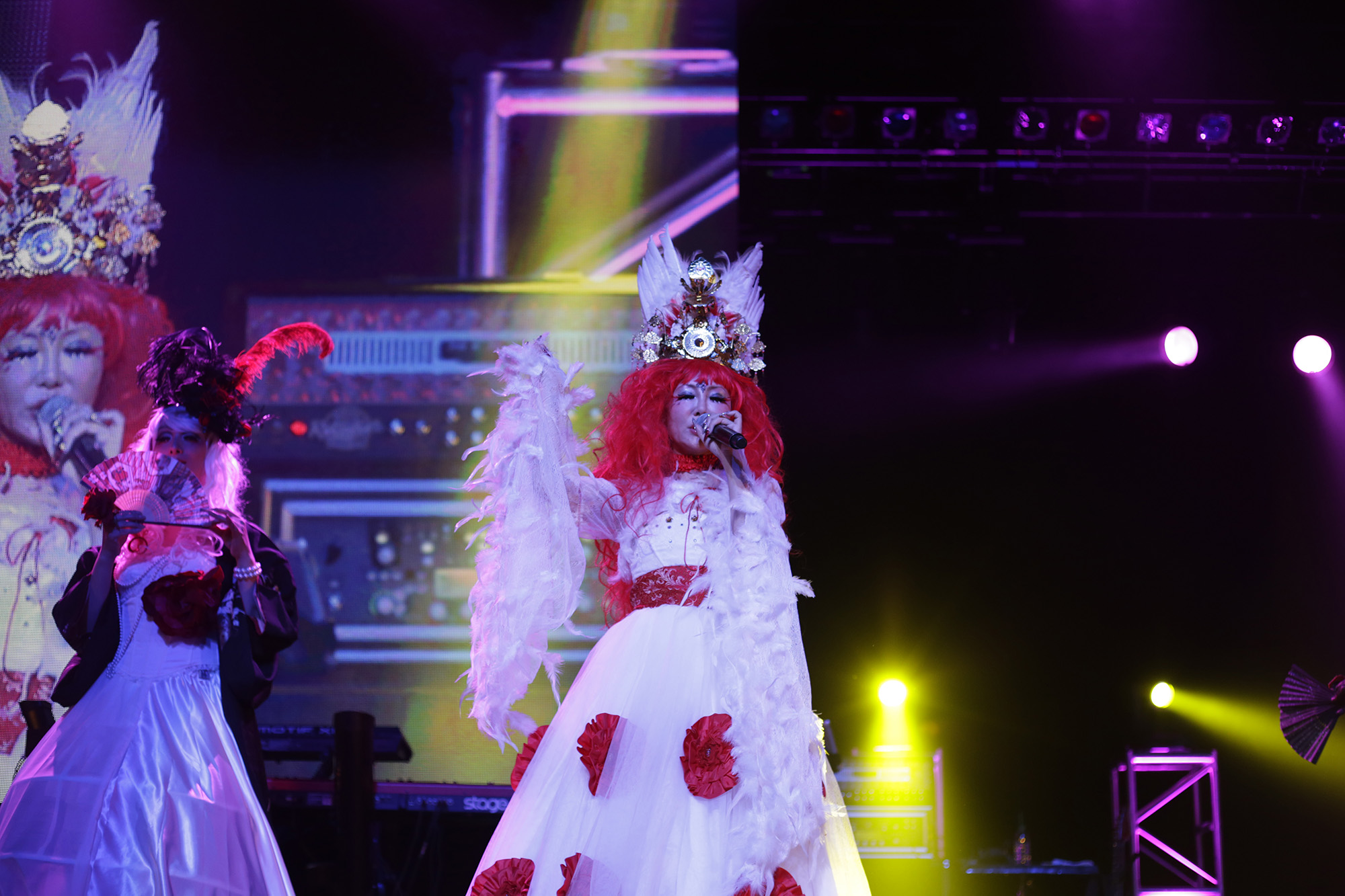 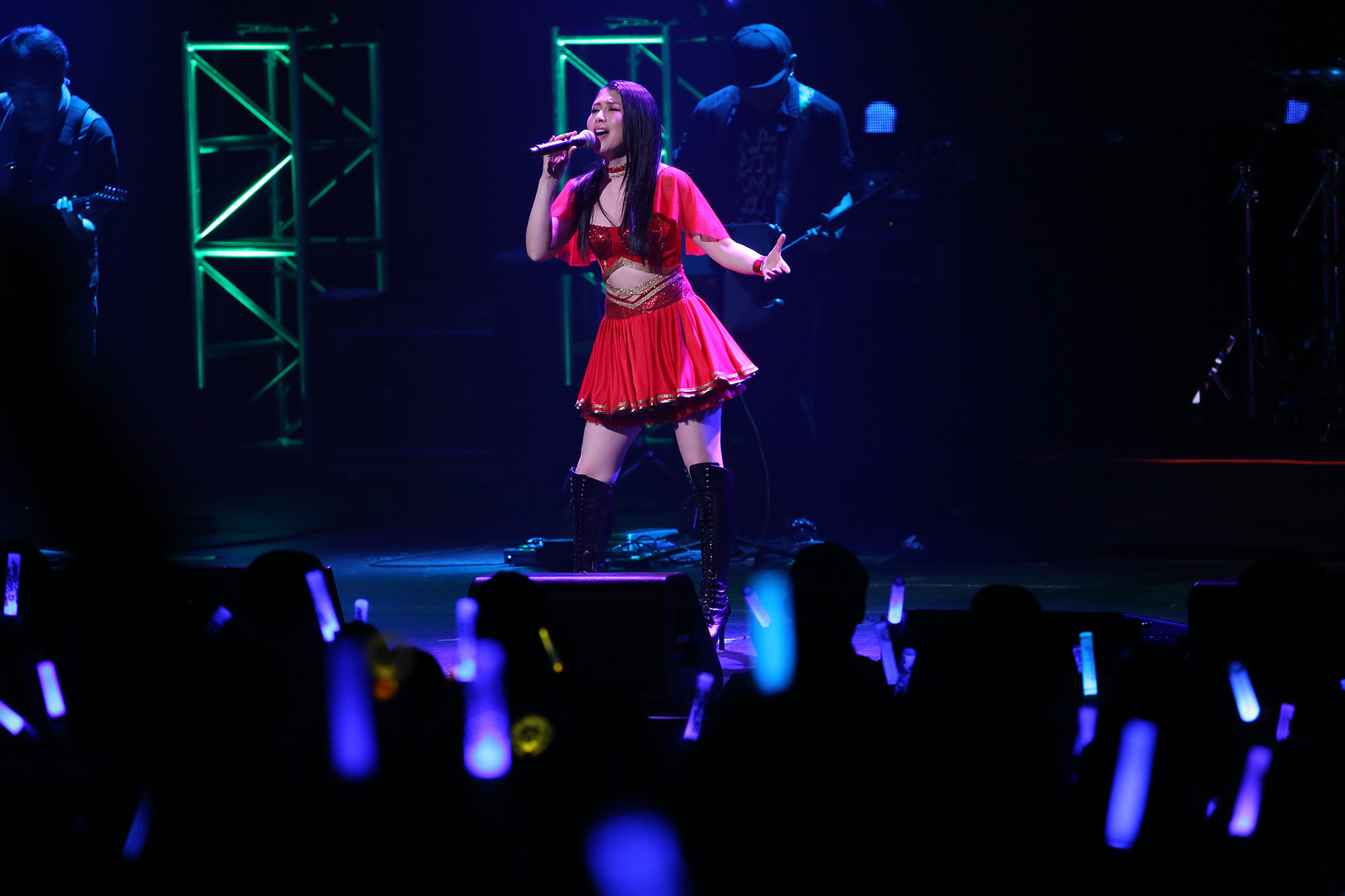 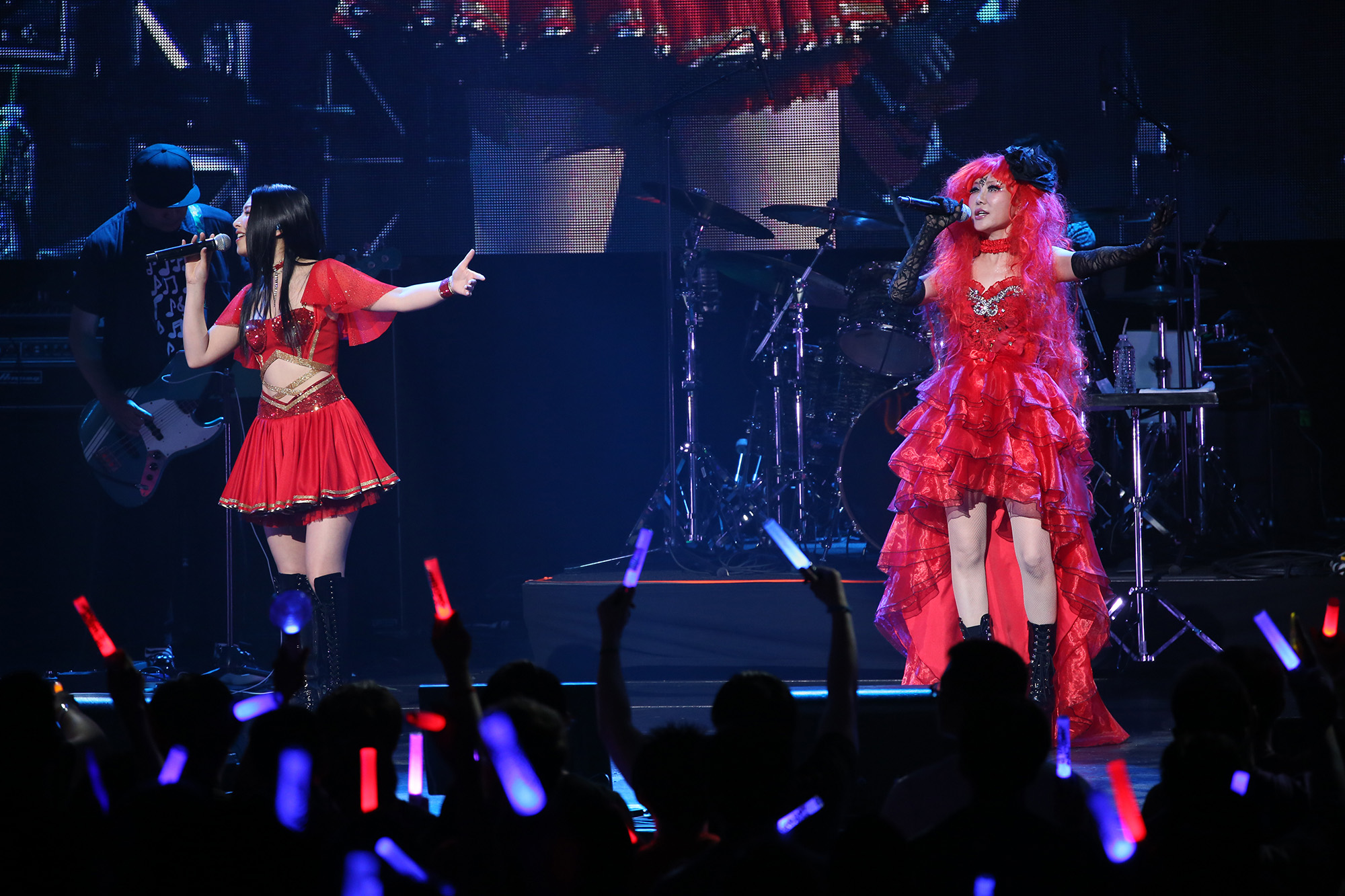 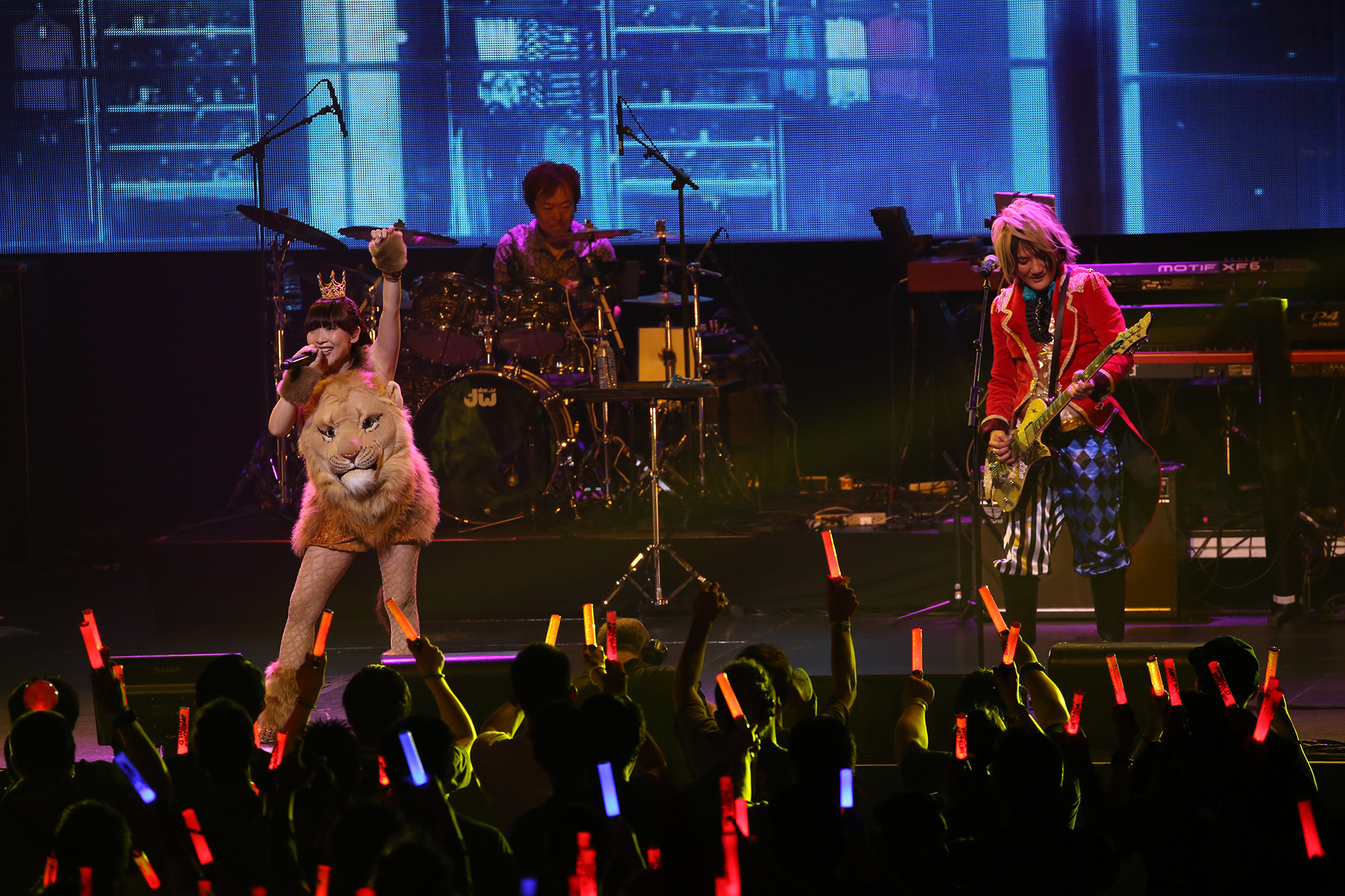 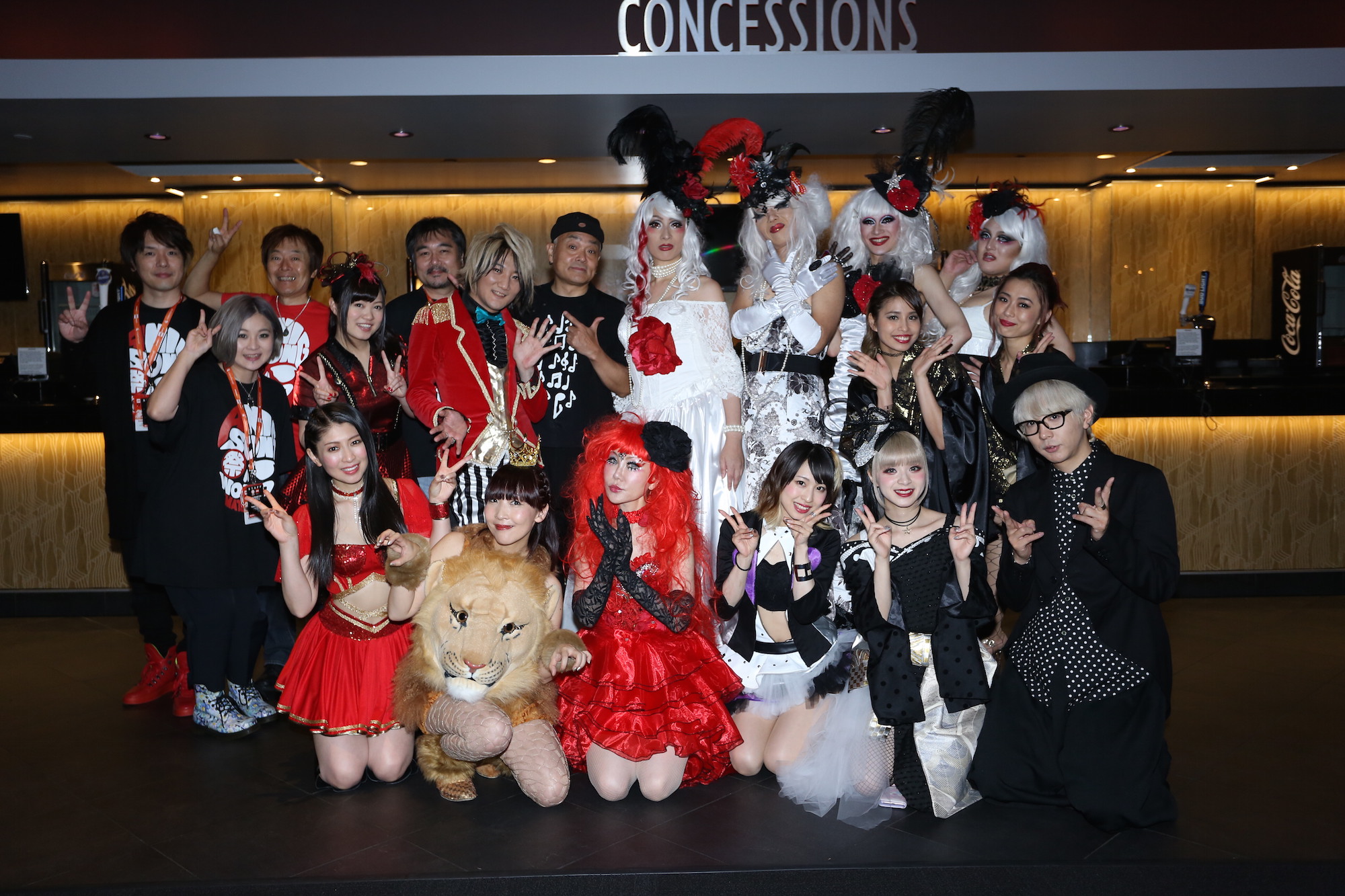 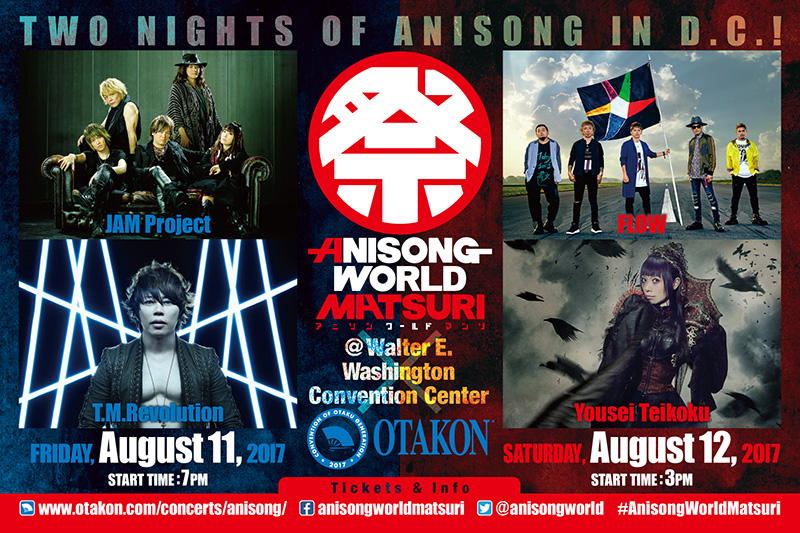