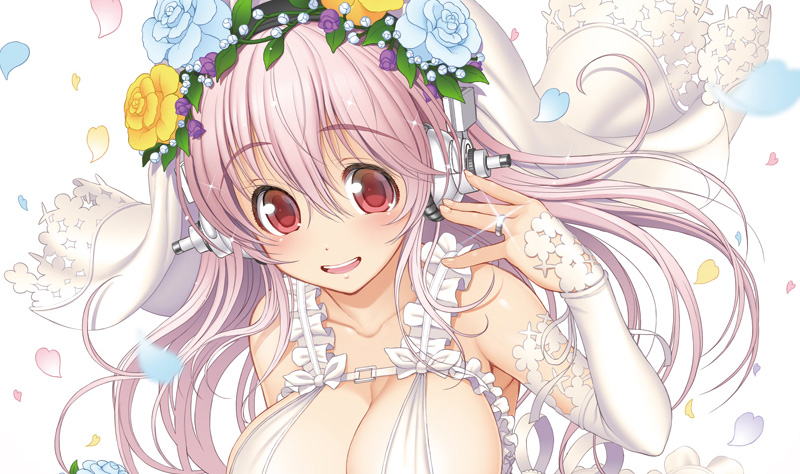 October 16, 2016 – Nitroplus mascot Super Sonico celebrated her 10th Anniversary in Japan this week with several announcements and a special website.

In her first decade of representing the successful video game company, Super Sonico has been portrayed as a fashion model, university student, and aspiring musician (with her band FAV – First Astronomical Velocity). The theme of her 10th anniversary is “Now I’ll become an adult”, and the mascot has revealed a massive list of imagery and products highlighting her newfound maturity.

New additions to her popular series of 3D display figures have been announced for 2017, including a special “10th Anniversary Birthday” figure (designed by Tsuji Santa), a black-costumed figure based on T.M. Revolution’s “Hot Limit” music video, a “Wet Photo Session” figure based on artwork from her top-selling dakimakura (“love pillow”), and a “Wedding Super Sonico” figure, based on the 10th Anniversary website’s key image of Super Sonico in a revealing bridal gown.

The reveal of Sonico’s wedding pose has caused amazement among fans, especially since the wedding ring has yet to be explained. Nitroplus promises more information and announcements are forthcoming during the 10th anniversary year-long celebration.

Super Sonico lives alone with her five cats, and enjoys taking baths, playing video games and cooking Japanese food. Her favorite artists include Nirvana, Foo Fighters, Sonic Youth, Iggy and the Stooges, The Clash, and has recently developed an affection for Maximum the Hormone.

Super Sonico has been featured in numerous games, books, figures, and anime, and her official Twitter account has over 70,000 followers. Super Sonico also makes an appearance in the PS3/PS4 game Nitroplus Blasterz: Heroines Infinite Duel with her band mates (and cats) helping her in combat. Nitroplus Blasterz: Heroines Infinite Duel was released on PlayStation 3 and PlayStation 4 in February 2016 in the United States. 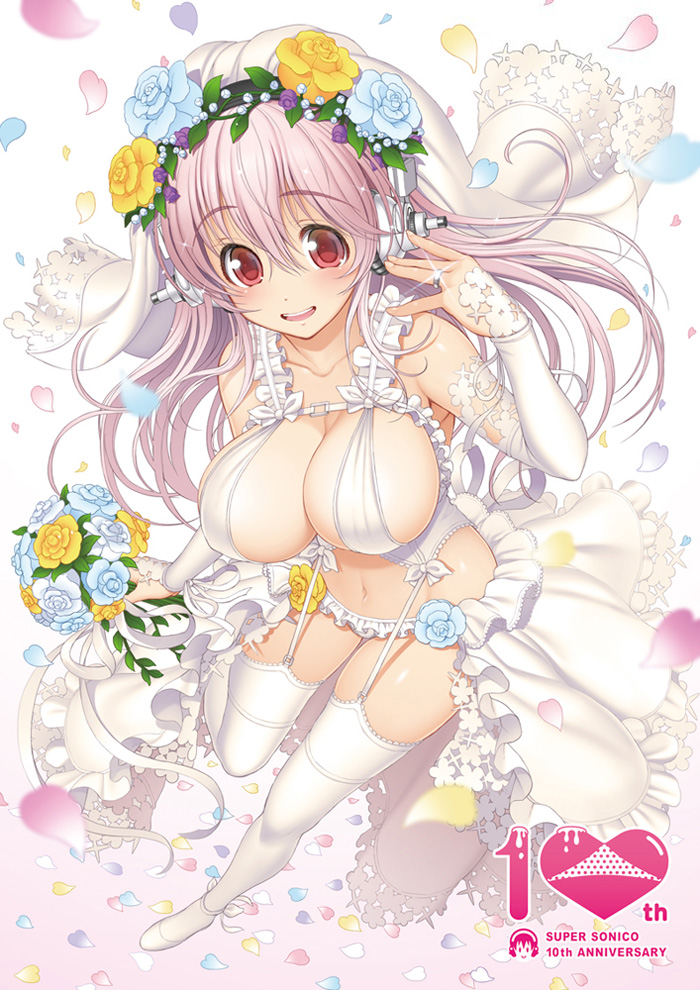 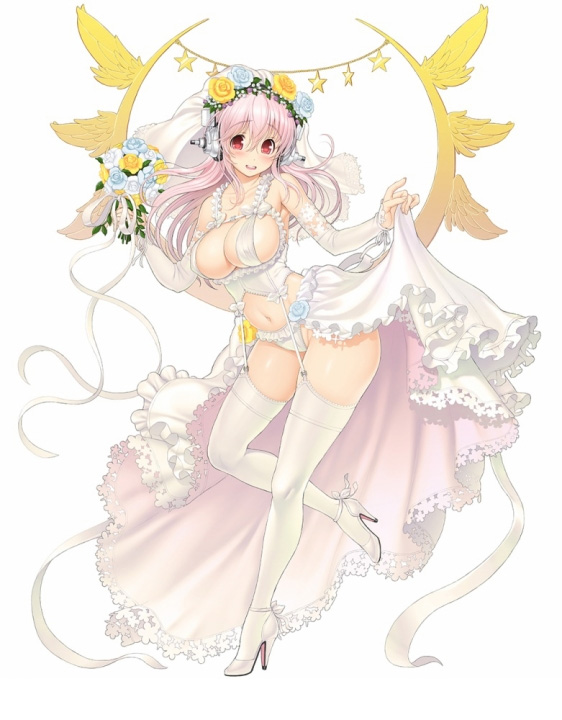 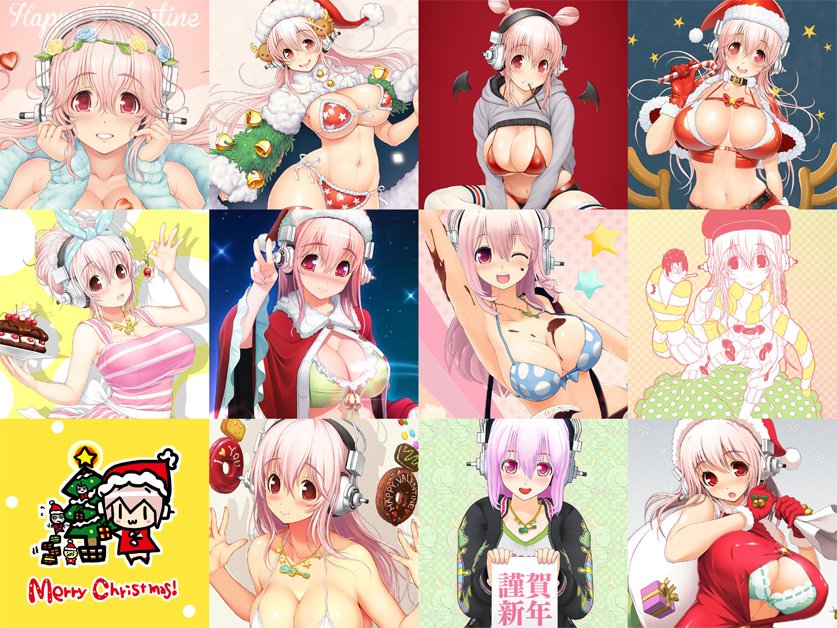 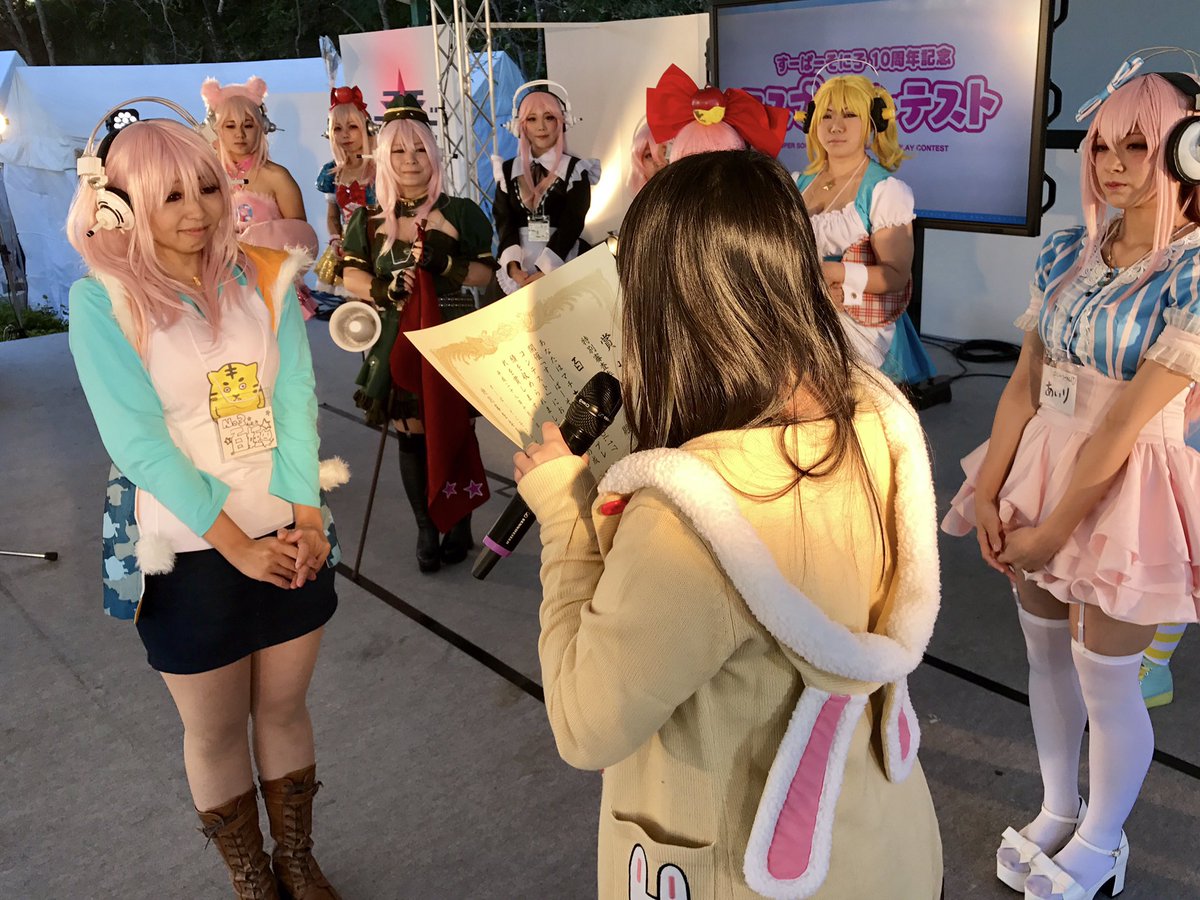 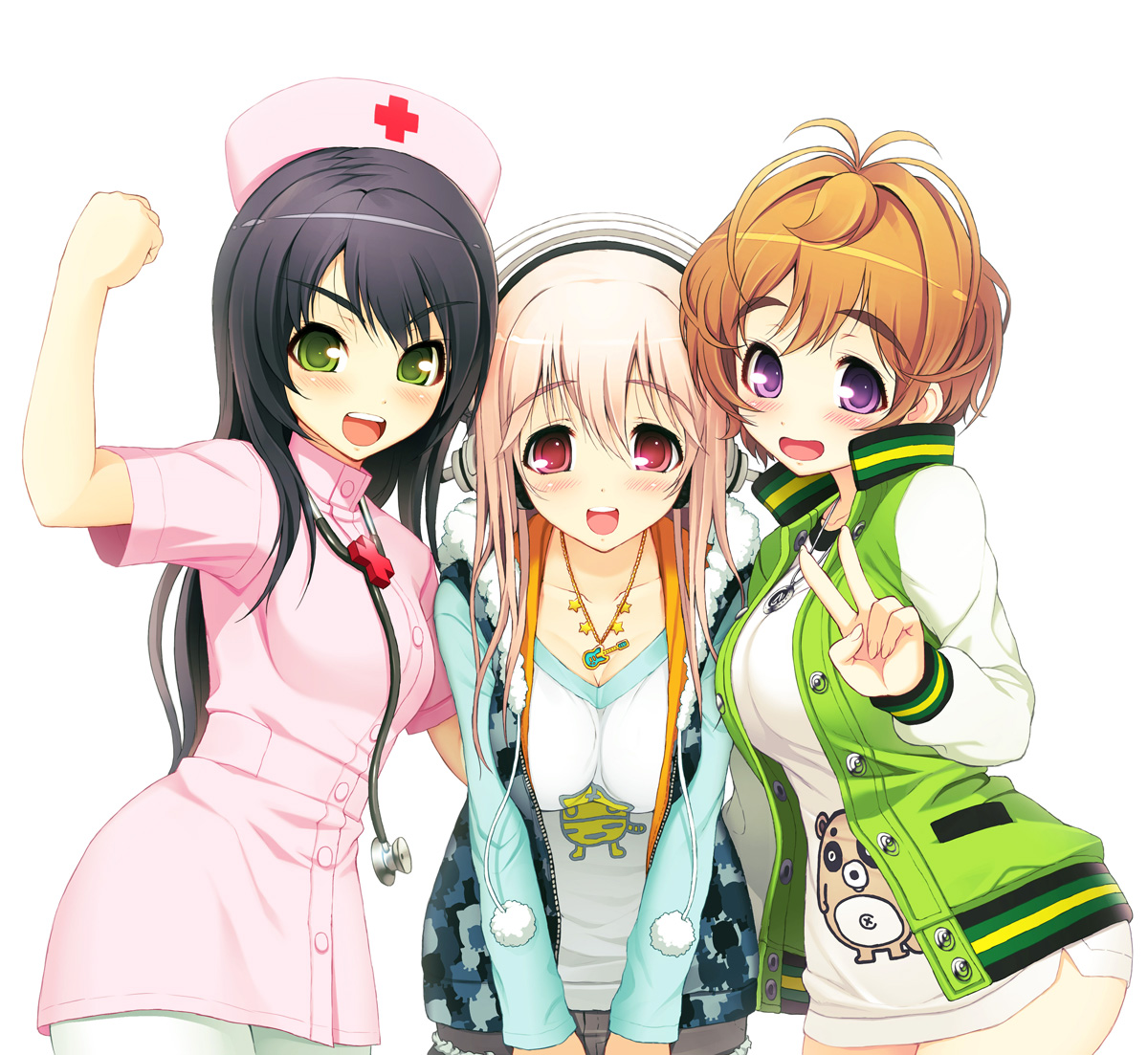 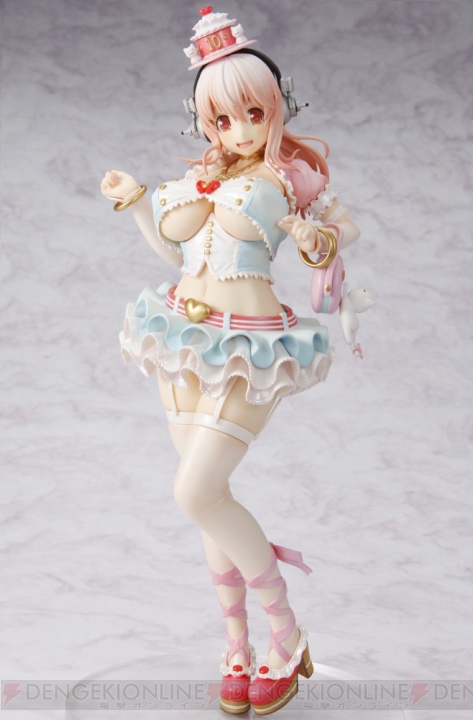 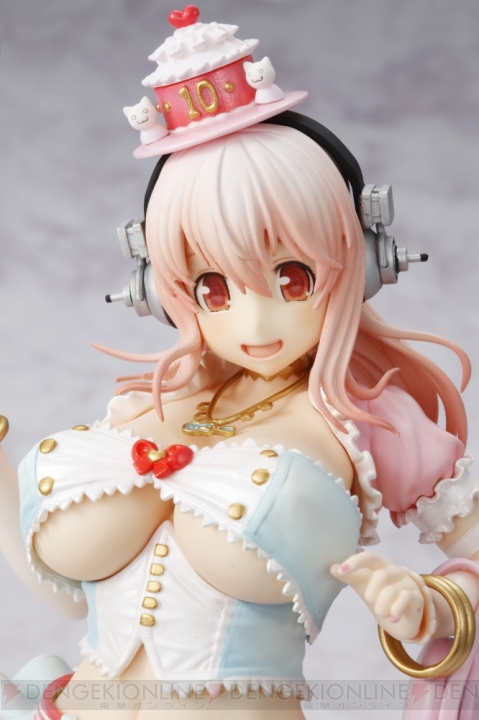 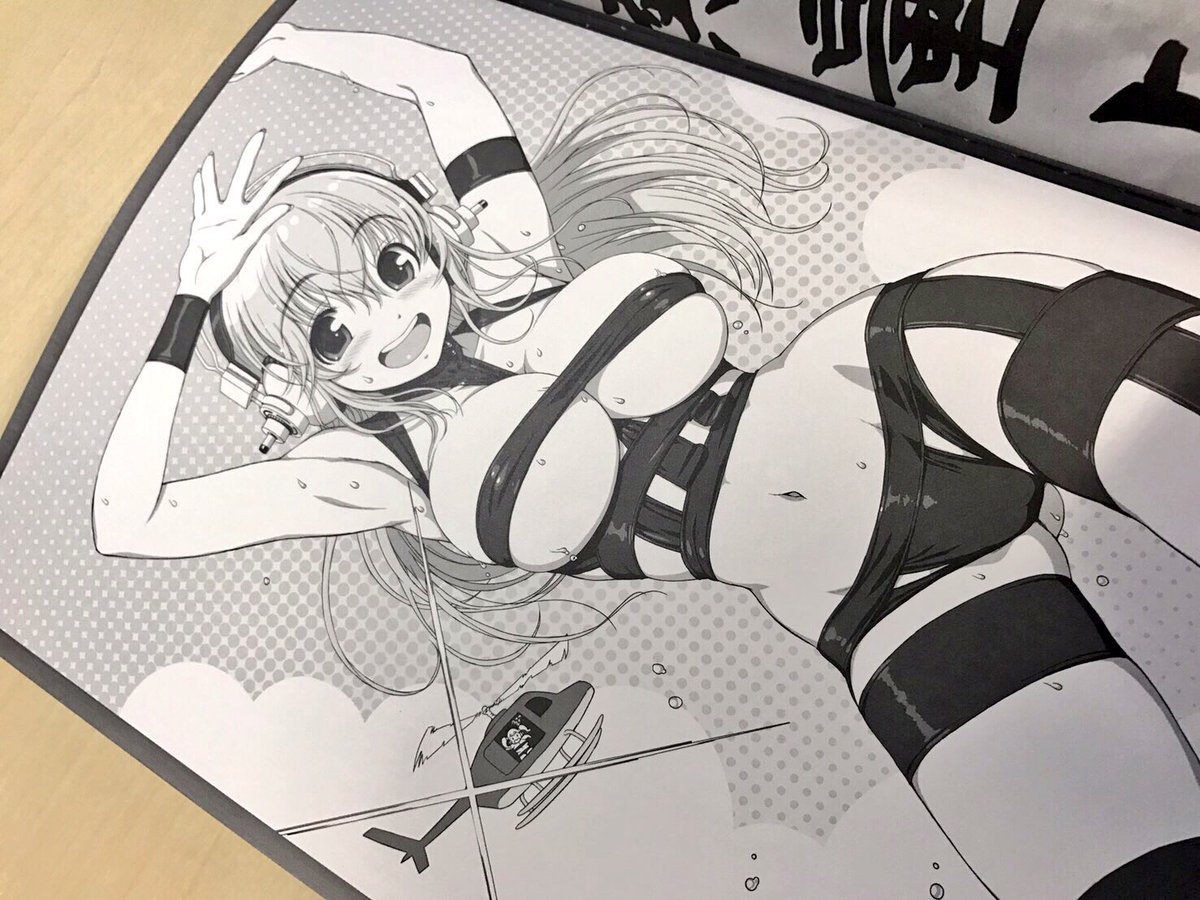 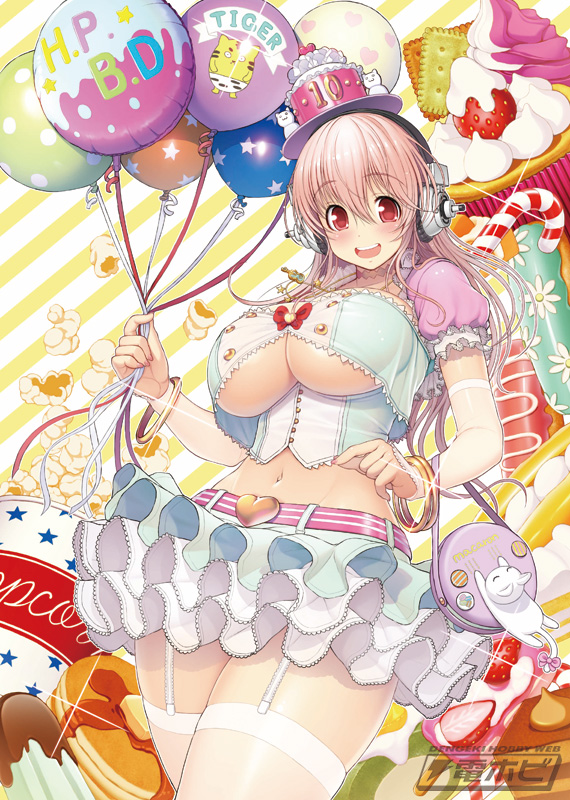 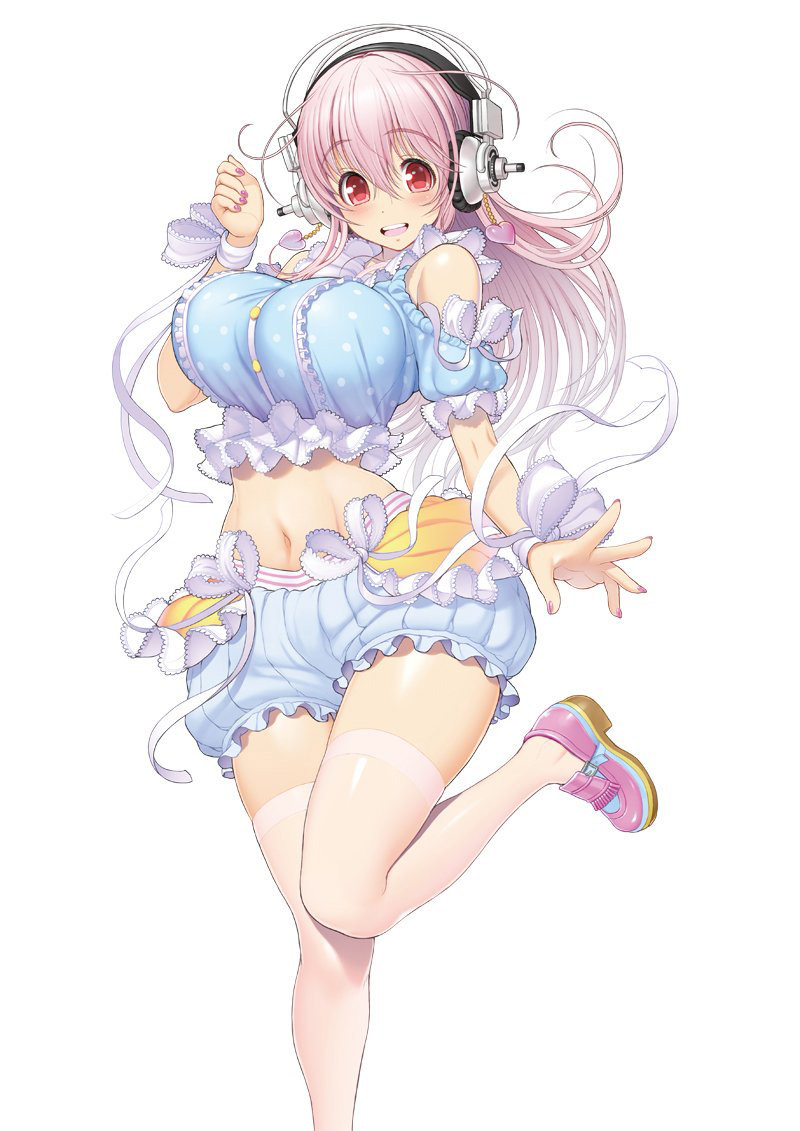 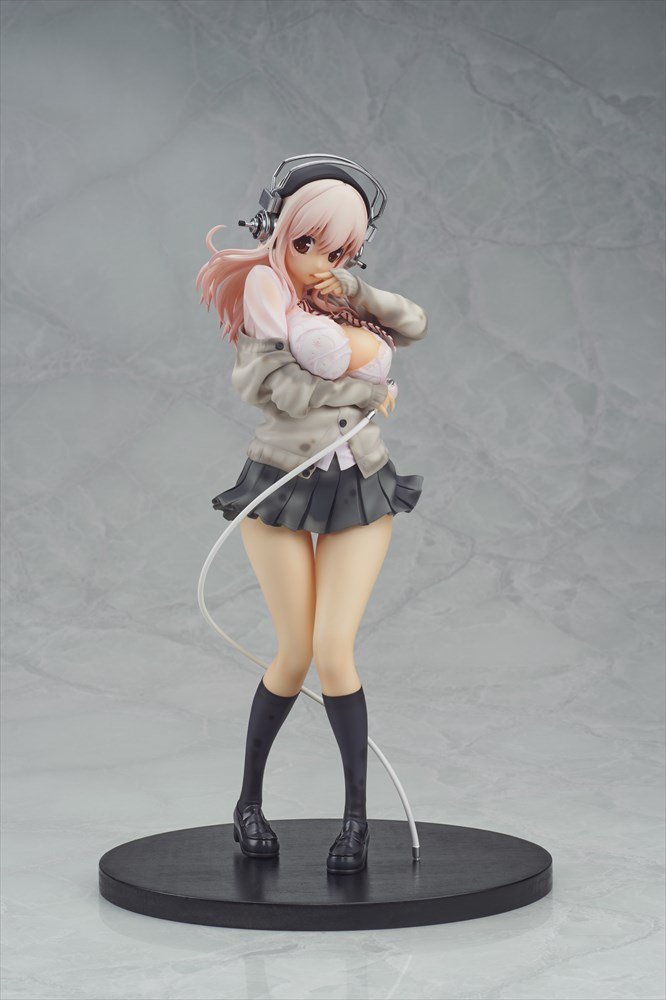