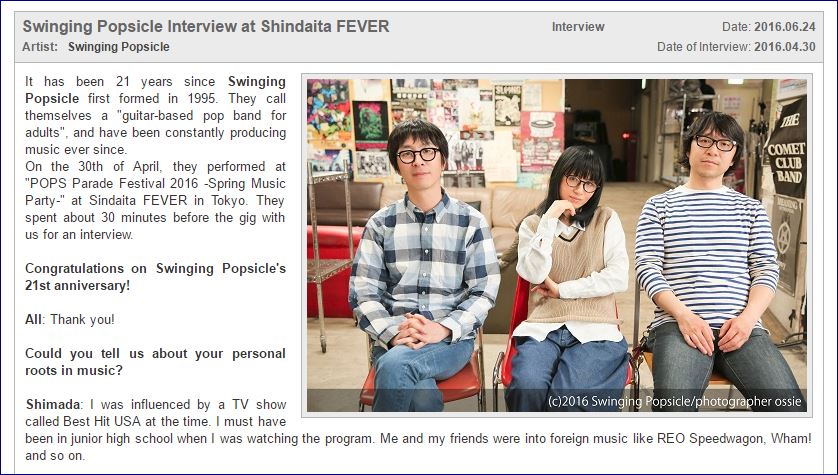 How did you come up with the band name “Swinging Popsicle”?

Shimada: We were playing pop music so I wanted to have the word “pops” in the name like “popsicle”. Popsicle itself is fine but I felt something like was missing. I thought it’d be better to have “ing” like The Rolling Stones or The Smashing Pumpkins. I loved British 60s music and was reading a magazine called Studio Voice when I found an article titled “Swinging London Sixties”. I took “swinging” from there and added the popsicle. That’s how I came up with the name Swinging Popsicle in the end.

Fujishima: He wrote it down for me. I thought it was cute but when I read it out loud, I realized it’s quite difficult to pronounce for Japanese people. It’d probably alright for people who are used to the English language.

Hirata: It’s not so easy to memorize or pronounce it, but when Jenny from Cloudberry Jam came and told us that she liked it I took a liking to the name even more.