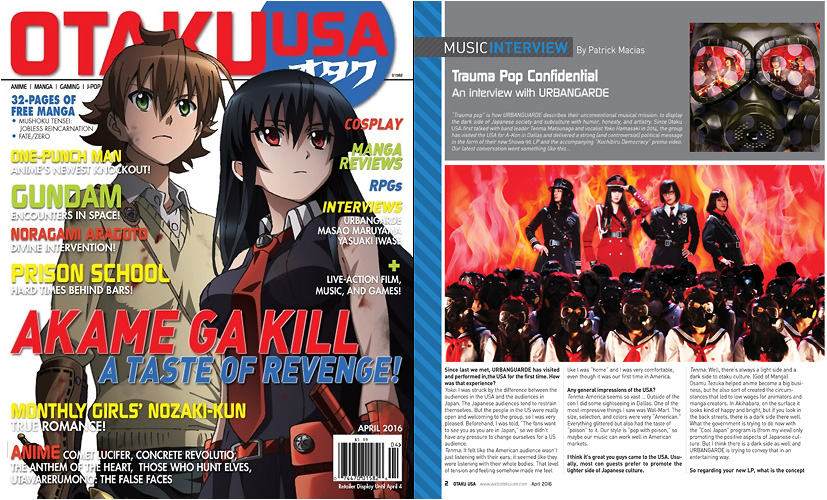 “The basic idea of the ‘Kuchibiru Democracy’ PV, with the fascist uniforms, was inspired by the Charlie Chaplin movie, The Great Dictator, which criticized fascism and the mood of the times back then. Older techno bands like Yellow Magic Orchestra and Kraftwerk were made up of very liberal people who in general were against things like fascism and nuclear power. But the way they expressed their opinions was sort of cynical and they would sometimes take on the role of fascists to criticize fascism. This is way of art: to try and alert people.”