September 5, 2014 – HATSUNE MIKU EXPO has teamed up with Crunchyroll for a new video contest. Fans can win tickets to the exciting musical events in Los Angeles and New York plus grab bags full of exclusive Hatsune Miku items.

Fans are encouraged to use their creativity and unique voices to make 30-second videos centered around Hatsune Miku and the MIKU EXPO theme song “Sharing The World”.

Details and submissions at:
http://www.crunchyroll.com/forumtopic-864989/hatsune-miku-expo-contest-crunchyroll-exclusive-miku-expo-footage

“Sharing The World” by BIGHEAD feat. Hatsune Miku was released last week as the official theme song for next month’s MIKU EXPO events in Los Angeles and New York. Celebrating the music, imagery, and interactive excitement of the virtual singer Hatsune Miku with back-to-back events this October, this is a once-in-a-lifetime chance for fans to immerse themselves in the Miku World!

SPECIAL PREVIEWS
Crunchyroll is currently streaming a 30-minute exclusive concert video from MIKU EXPO in Indonesia. Check it out to get a preview of the amazing state-of-the-art projection technology coming to MIKU EXPO next month!
http://www.crunchyroll.com/hatsune-miku-expo-2014-indonesia

Just announced — preview the exclusive MIKU EXPO LA & NY goods at the official homepage, plus get a free glow stick at the event!
http://mikuexpo.com/

LOS ANGELES – The HATSUNE MIKU live concert is hosted in Los Angeles’ Nokia Theatre, with the collaborative exhibition hosted by Miku and her friends at an early Halloween party at Los Angeles Center Studios. At the exhibition, you can enjoy artwork displays, a special Halloween-themed area, and a shop where you can buy exclusive goods, including special Halloween items!

NEW YORK – The HATSUNE MIKU live concert is held in New York’s Hammerstein Ballroom, and the exhibition is hosted in Lower East Side concept space Wallplay over a period of eleven days. The exhibition shows illustrations, videos, and more, revolving around Hatsune Miku and the theme of Universal Positivity.

Hatsune Miku is a singing voice synthesizer featured in over 100,000 songs released worldwide. Popular with millions of international fans, Hatsune Miku means “The first Sound from the Future”. 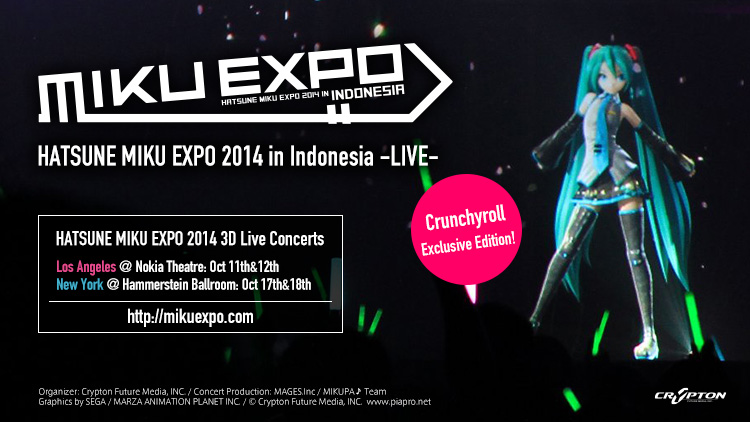 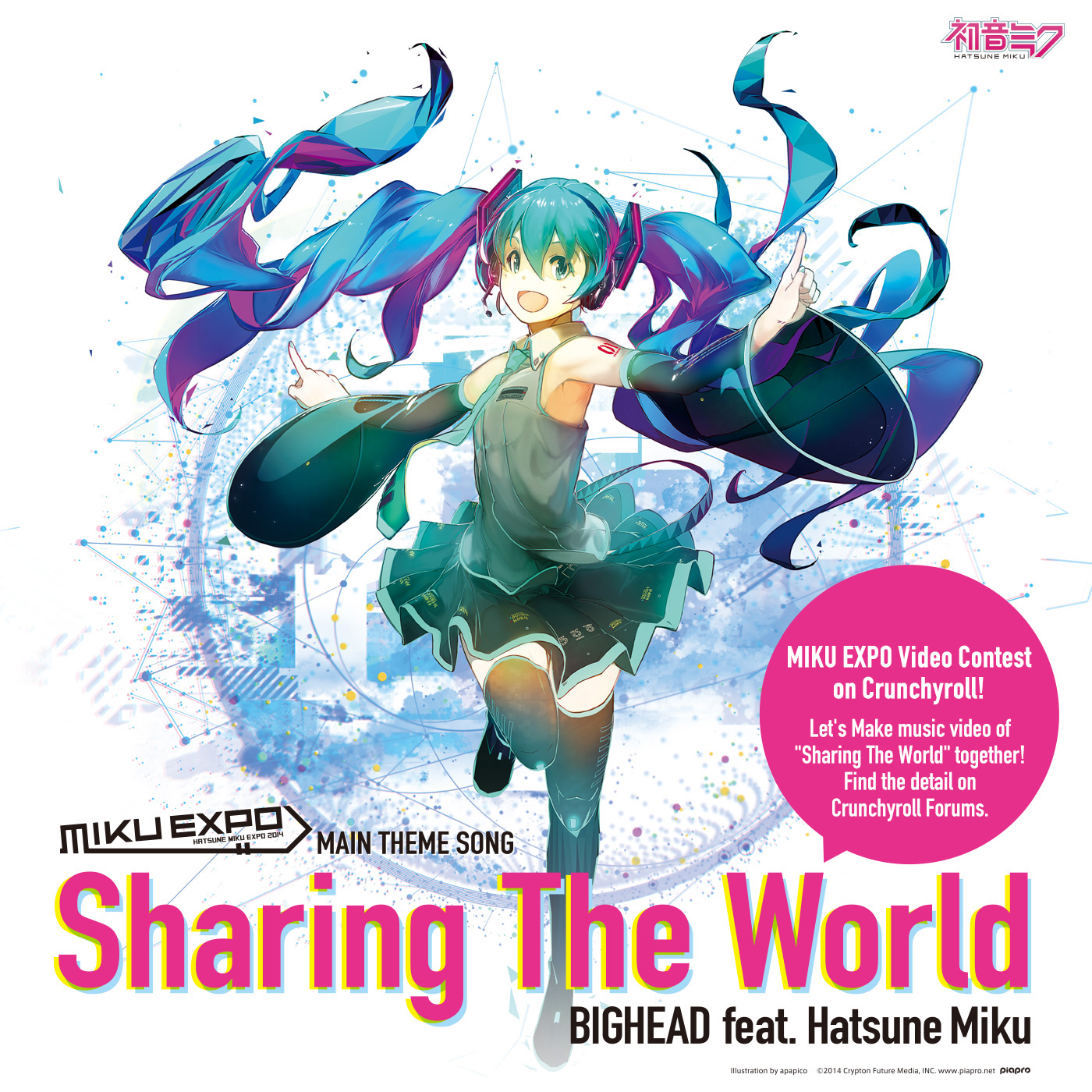 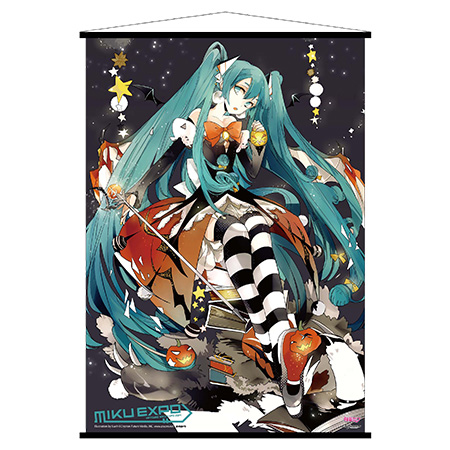 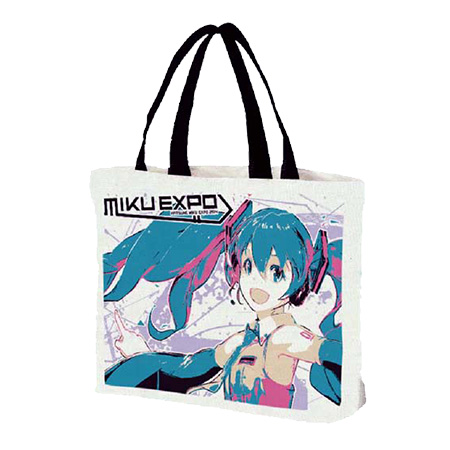 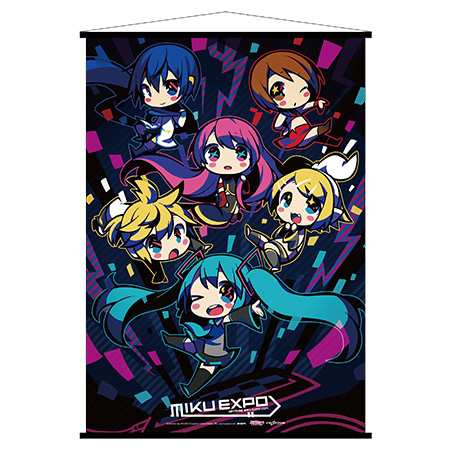 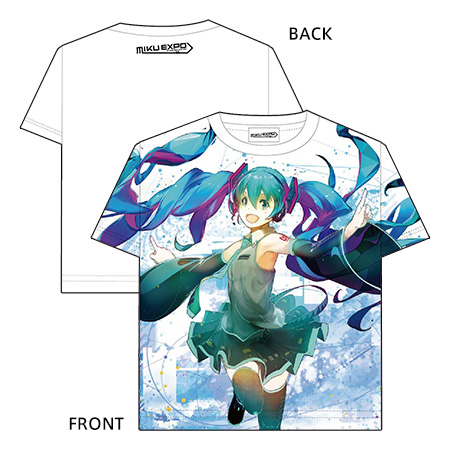