May 21, 2014 – J-Rock band exist†trace is featured on REVOLVER magazine’s website as one of “Six All-Girl Japanese Metal Bands”, showcasing the group’s video for “RESONANCE”.

exist†trace launched their international fan club ARCHANGEL DIAMOND this week, and their new single “Spiral Daisakusen” will be available worldwide on iTunes and Spotify at the end of May.

exist†trace is one of Japan’s first all-female Visual Kei rock bands. Along with multiple tours of Japan, exist†trace has performed twice in Europe, making appearances in Berlin, Helsinki, Moscow, Paris, London, and Barcelona. In 2009, the band performed at the 2-day V-ROCK FESTIVAL in Chiba, Japan.

In June 2012, over 27,000 viewers from around the world tuned in to Nico Nico Douga to watch exist†trace’s live-show event “Just Like a Virgin” from Tokyo’s renowned live house Shibuya O-WEST. In June 2013, exist†trace returned to America for the third time in three years to perform at A-Kon in Dallas, TX. Their single, “DIAMOND,” was released in July 2013, followed by a worldwide digital release on iTunes, Amazon, and Spotify. Their latest single, “Spiral Daisakusen,” was released in May 2014, and the band launched their international fan club ARCHANGEL DIAMOND the same month. 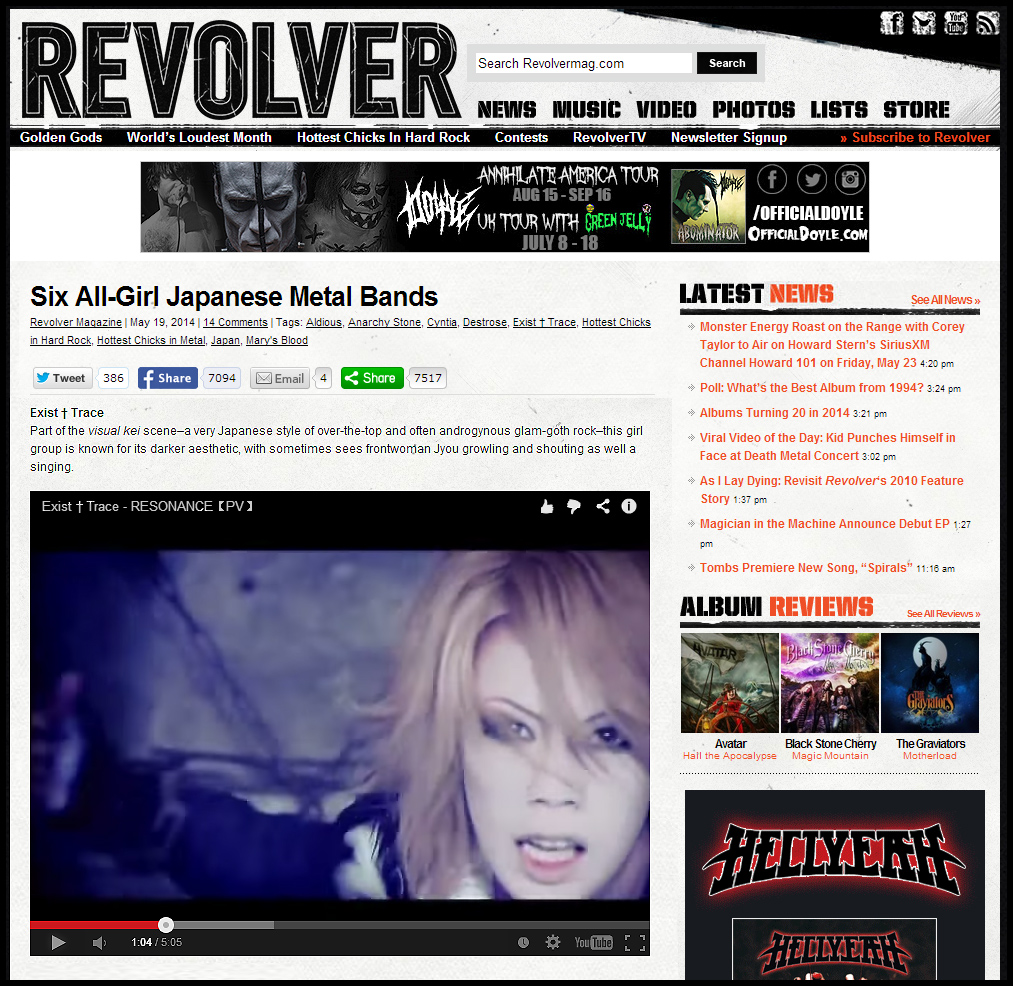