The tour kicked off April 6 at Seattle’s anime and Japanese culture event Sakura-Con, where the band performed a live concert and met with fans at Q&A and autograph sessions. 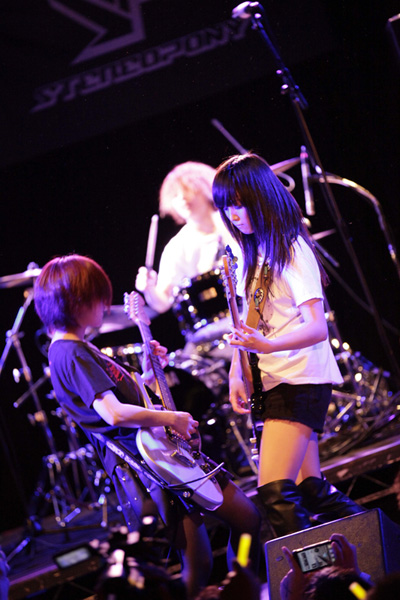 STEREOPONY is a Japanese all-girl rock band that formed in Okinawa in 2007 and will be attending their first Sakura-Con. Consisting of AIMI (Vocal/Guitar), NOHANA (Bass), and SHIHO (Drums) the band gained their first opportunity on the Japanese rock radio program “SCHOOL OF LOCK!’

STEREOPONY should be well known to many anime fans as the artists behind several notable anime themes. Their debut single “Hitohira No Hanabira” was the 17th ending theme for the famous anime series “BLEACH”; released on November 5, 2008 and ranked #25 on the Oricon Weekly Charts. Their 2nd single “Namida No Muko” was the second opening theme for the second season of the Sunrise series