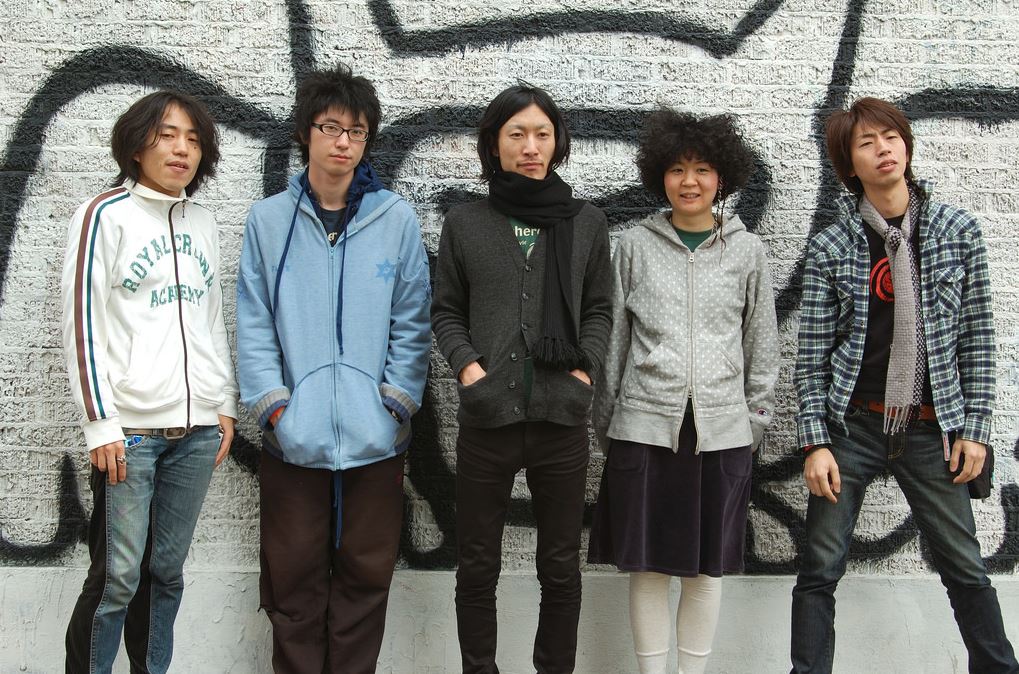 Our music can be a little hard to explain, but we don’t blame you if you feel that way. If you ever get reasonably bored, please dig into us.

How did the members of Mothercoat originally meet?
Tomo and Makoto originally formed their band when they were attending university, and they tried to search new vocal talent when they looked for a new musical direction.

Then they scattered the leaflets at a gig for the famous Japanese band “THE HIGHLOWS” and Hitokazu replied to it. I had a chance to sing with Makoto’s guitarist, and at that time they were looking for a female bassist, so despite that I never played bass I decided to join them, with some new inspiration.

Where did the name “mothercoat” come from?
We wanted our band’s name to have the word “mother” in it because other bands seldom do that. And we think a mother wearing her coat seems wistful.

What or who influenced you to pick up an instrument first? How old were you?
Originally I loved singing, so I wanted to be a vocalist in a band. But since I met the [mothercoat] members and they needed a female bassist, it made me decide to pick up the bass. I don’t remember when I started to sing since I was too young, but I started playing the bass at 25 years of age.

What were you thinking the first time you performed live on stage?
I started playing bass after I decided to join, so naturally I had to practice so I could perform with them on stage! I did exercises for half a year or so, and when I finally got to take the stage it couldn’t have felt better.

mothercoat’s newest album Mama Manner is to be released on 2006/07/07. How is this album different from Interphone?
We aimed for “vividness” far more than on Interphone. Interphone was a little bit of a cool-headed album. Plus, it cost much less money for Mama Manner’s recording than Interphone’s. Less money, higher quality – it was also the key for this album. And Junpei, our last member, joined in the middle of the creation of Interphone. He was in a tough position during the recording process, but he decided to be a “member” of mothercoat, offering a strong commitment. We welcomed his decision because we’ve wanted to faithfully reflect our vision of our sound on the stage as well, and it required a regular sound engineer with every gig. We wanted him to have the same level of enthusiasm, not just be a cold, objective advisor for our sound. So Junpei’s dedication as a regular member also marks a big difference from Interphone.

In May of this year, mothercoat performed at Fanime, San Jose, CA, USA. What comes to mind as your favorite memory of that trip?
It was our first gig abroad, and I found that the American audience tended to express their emotion very straightforwardly. So their response reached us much more than that of the Japanese audience. They came to us after the live for hugs and kisses, and it was darned a original experience for me and I loved it.

What would you like fans to get from your music?
A feeling of strangeness. In a positive sense, a “difference” I guess.

Would you like to say anything to overseas fans?
Please talk about us!