October 29, 2014 – Japanese rockers MAXIMUM THE HORMONE brought their “Merciless Home’war’k” to New York’s Best Buy Theater on October 27. Opening with their song “What’s up, people?!” from the anime series Death Note, the band kept the crowd screaming and jumping through the entire set which focused on songs from their recent release Yoshuu Fukushuu (“Our Merciless Home’war’k”).

Fresh from their appearance at Knotfest last weekend, MAXIMUM THE HORMONE laid out a full-force onslaught of power metal, speaking to the audience in their native Japanese with only a little English mixed in, just enough to get the crowd to join them in their “Chitsu-jump” (“vagina jump”).

Band members also engaged in a rare meet-and-greet session and signed fans’ merchandise items (which sold out an hour before the show). Official goods were in high demand, and their shirts at Knotfest were sold out by 3pm on the day of festival.

MAXIMUM THE HORMONE returned to the United States for a solo show at New York’s Best Buy Theater on October 27 following their appearance at KNOTFEST October 25. The one-man live in New York was a rare opportunity for American fans to see this powerful band best known in the West for their contributions “What’s Up People?!” and “Zetsubou Billy” for the hit anime series Death Note. 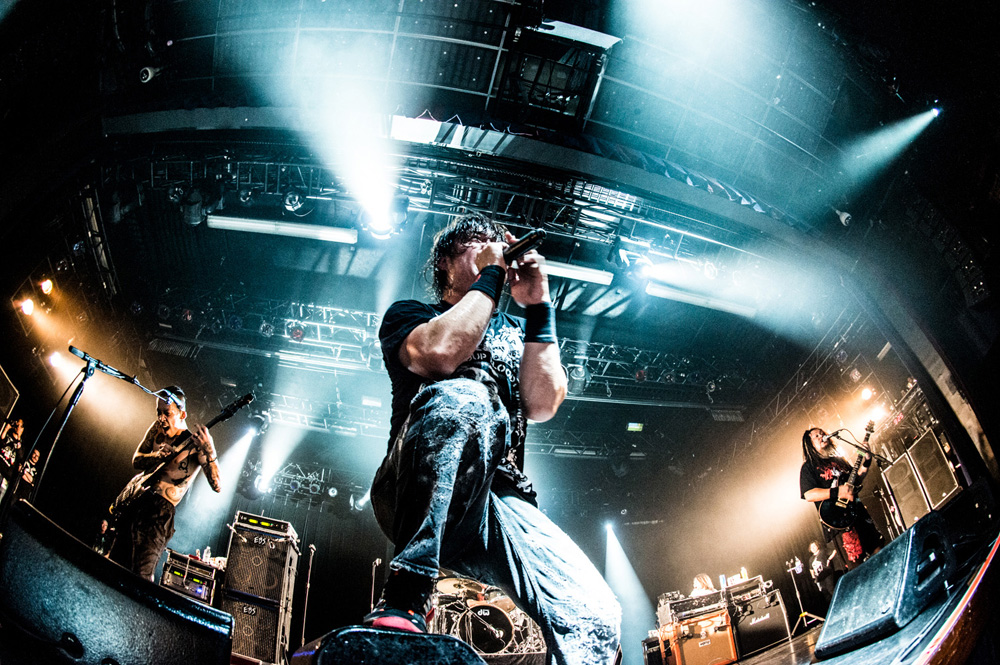