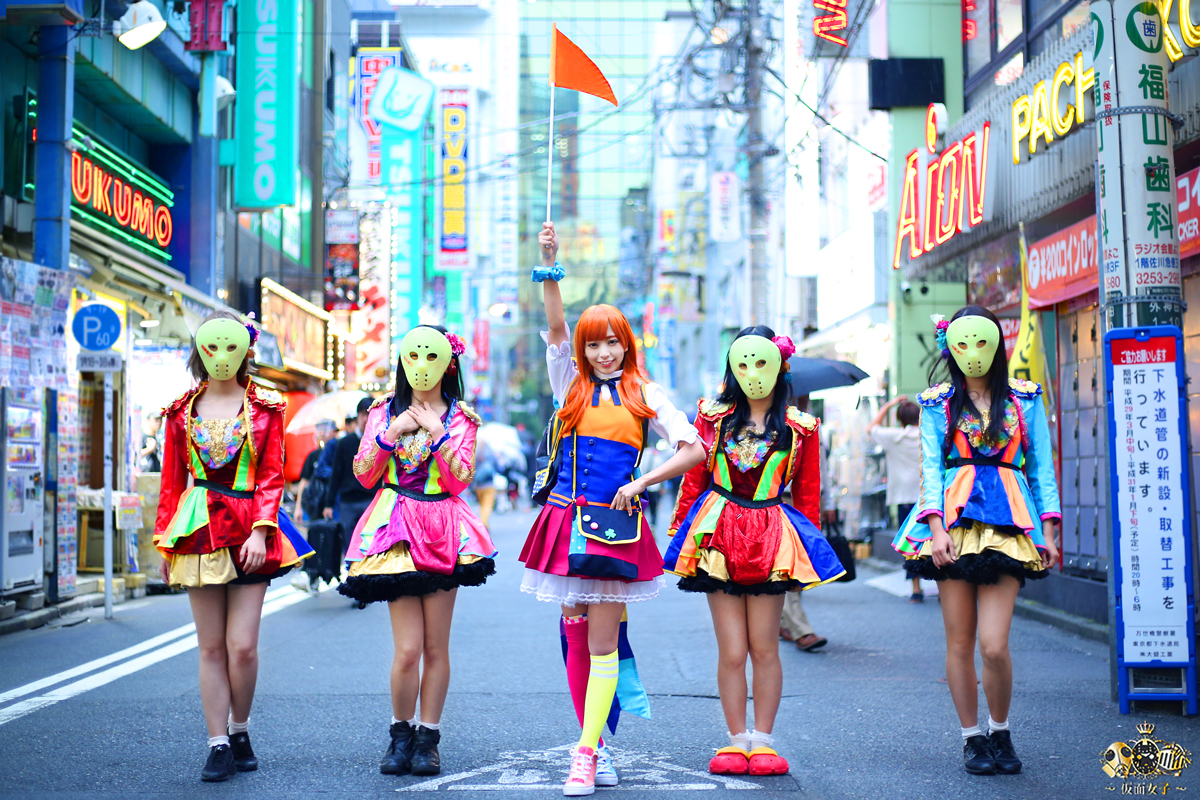 Masked girl idols Kamen Joshi have been appointed official ambassadors for Akihabara Tourism. Five years after the underground idol group established their permanent home at the P.A.R.M.S. Theater in Akihabara, the performers have been featured in international news media and achieved over 2.8 million followers on Facebook, the highest number of any group in the idol genre.

At a special ceremony after Kamen Joshi’s October 6th concert at the P.A.R.M.S. Theater, Mr. Tomio Izumi, Akihabara Tourism Promotion Association Director & Head of the Secretariat, presented the group with the honor. “As we move toward the 2020 Olympics, let’s make Akihabara even stronger,” he urged the Kamen Joshi members.

“We are truly honored to be named as Akihabara Tourism Ambassadors! We will work hard to make our city of Akihabara even more exciting and appealing to the world!” said Nodoka Sakurai, the leader of Kamen Joshi.

The same day, it was revealed that Moa Tsukino, member of the Kamen Joshi sub-group Armor Girls, will perform the character voice for “Akitsu Mitsuba”, the Akihabara “omotenashi” (hospitality) character created in 2016. Tsukino has previously performed voice-acting roles in the anime series Clione no Akari and To Be Hero.

Produced by Akihabara Tourism Promotion Association and designed by Vocaloid illustrator Saine, Akitsu Mitsuba is an artificial intelligence character who lives in future Akihabara. Professor Maki Sakamoto of the University of Electro-Communications in Tokyo was also in attendance and announced the upcoming production of the Akihabara promotion song “Electric Adventure”, which will have AI-created lyrics performed by Tsukino.

Spawned from performers who were rejected by other agencies, Kamen Joshi includes three separate groups with their own distinct images and sounds – Alice Juban (horror), Steam Girls (steampunk), and Armor Girls (medieval). 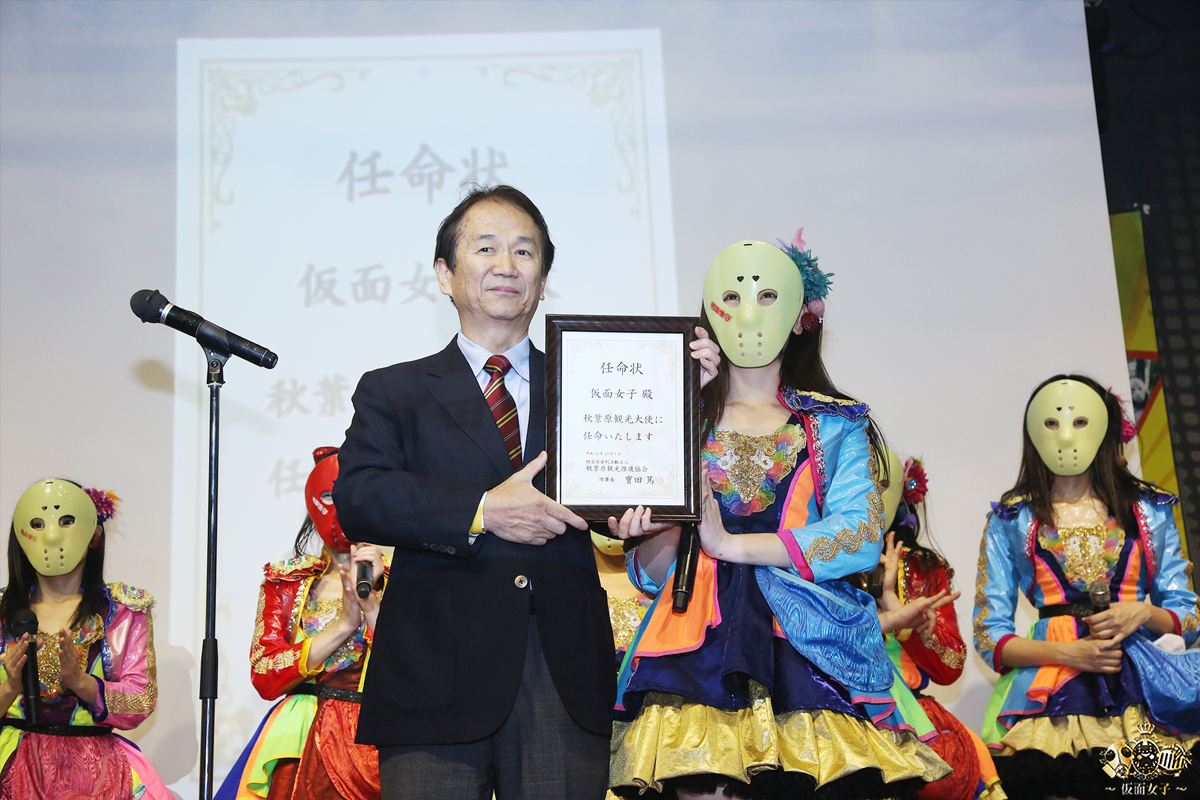 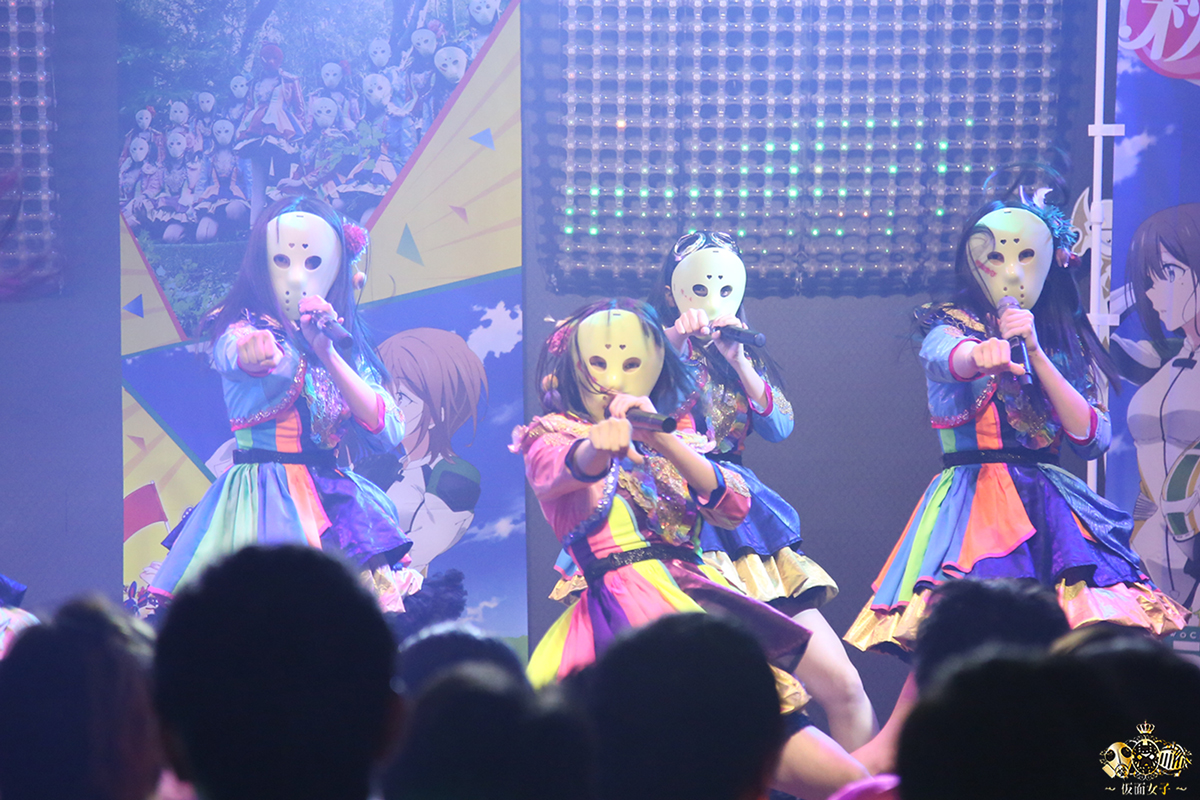 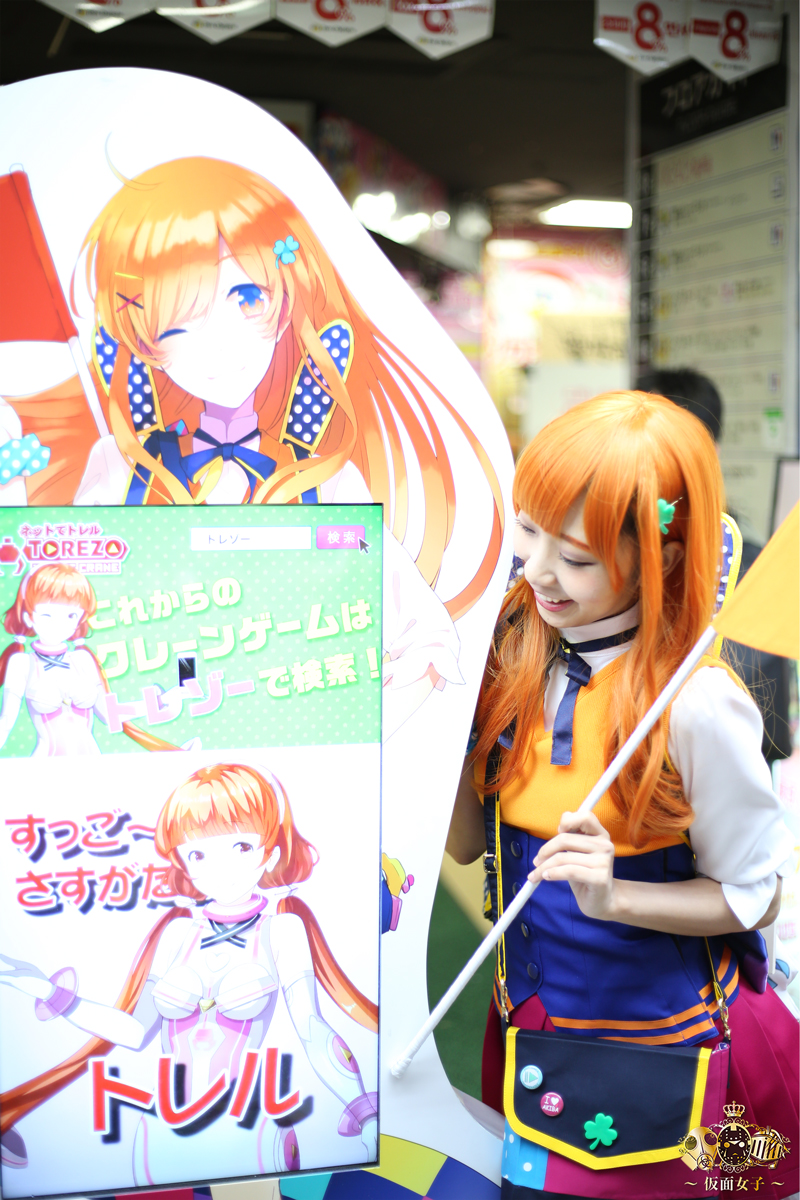 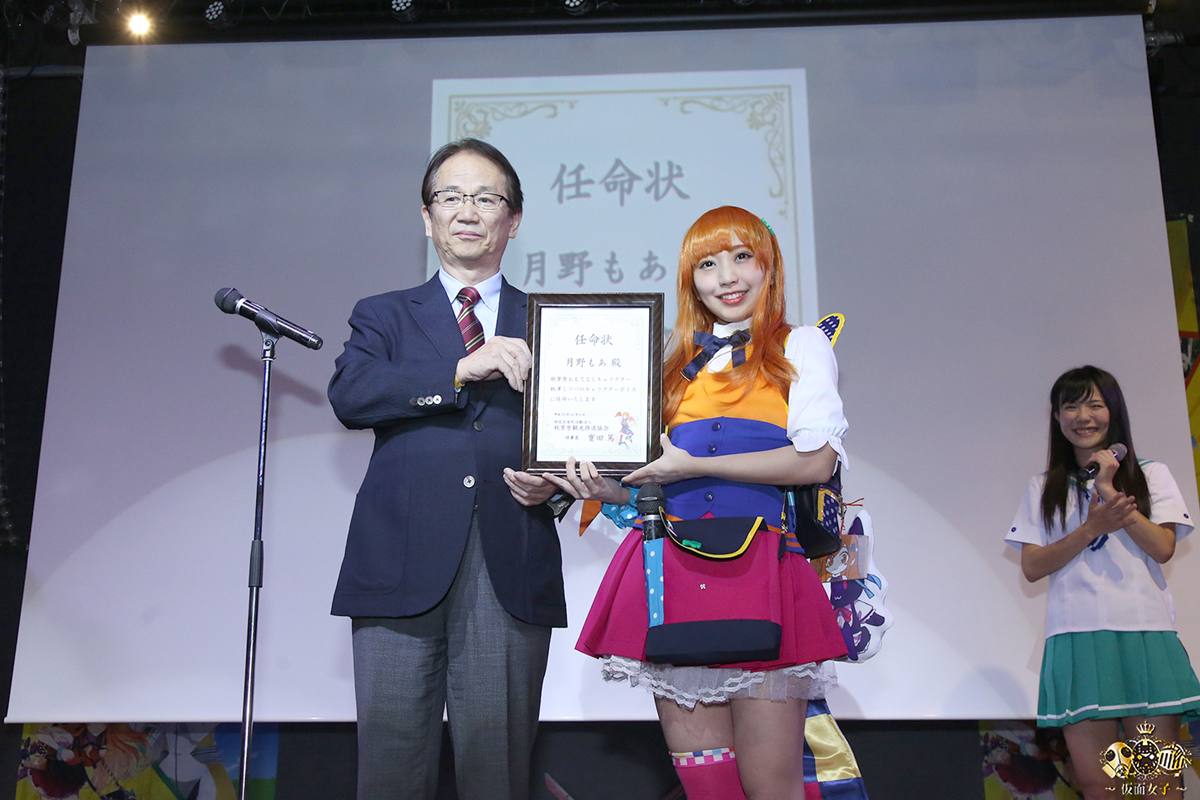 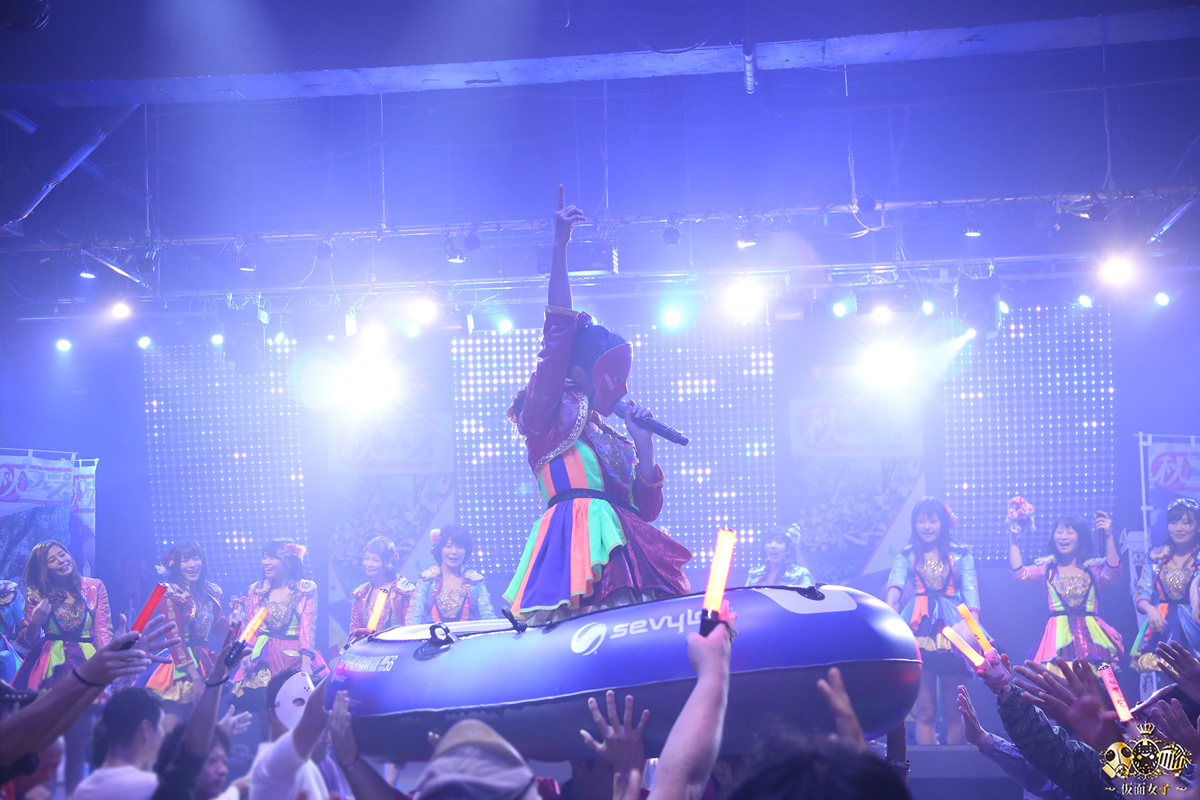 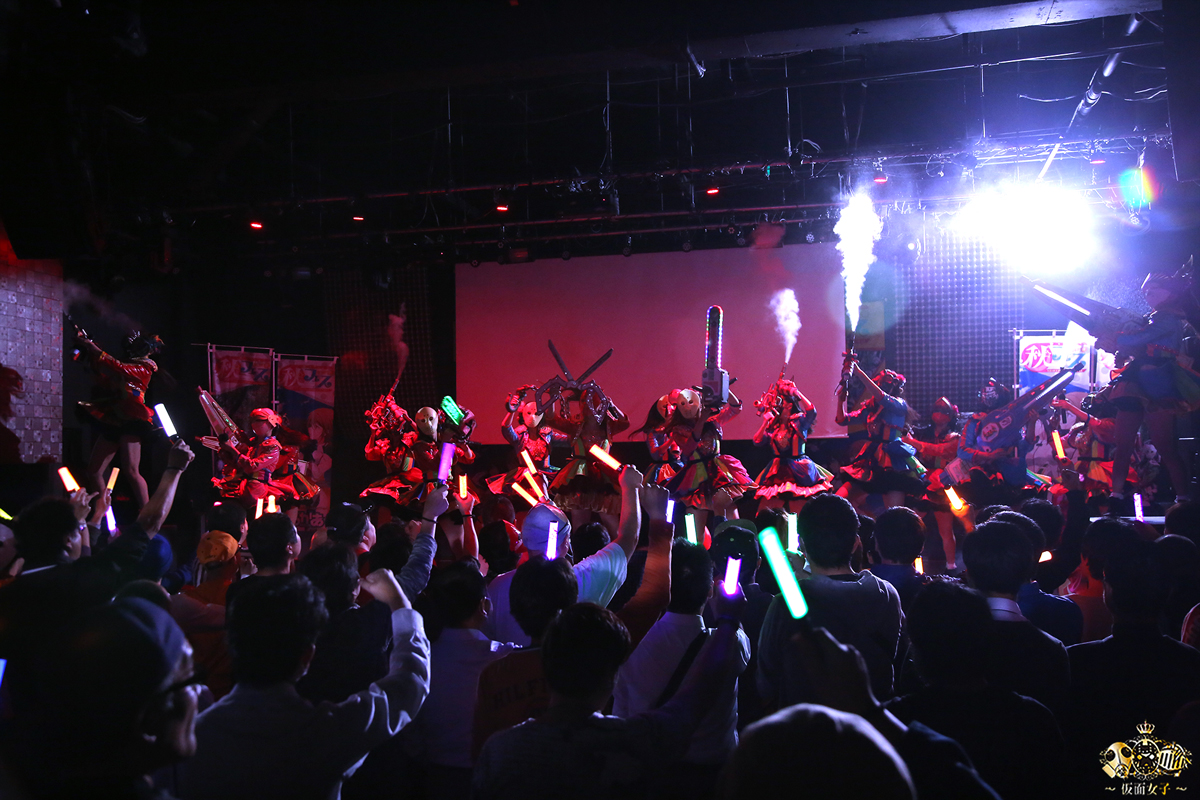 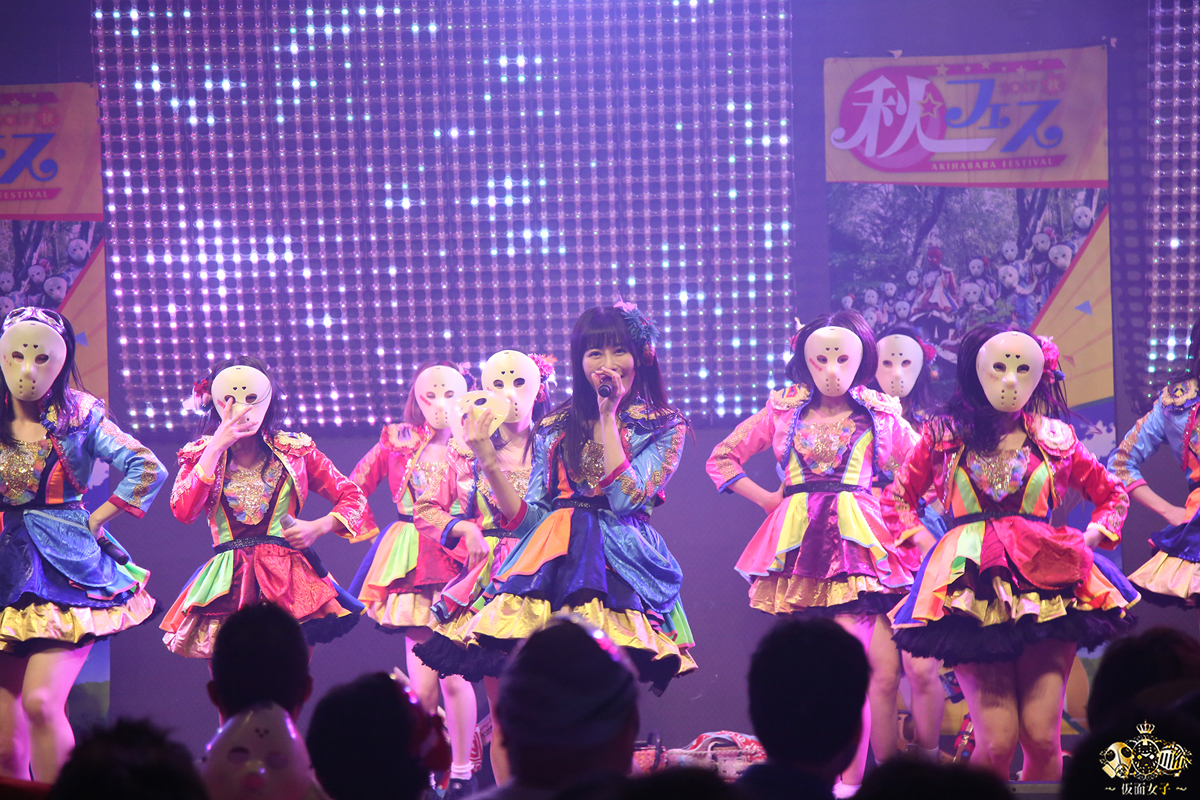 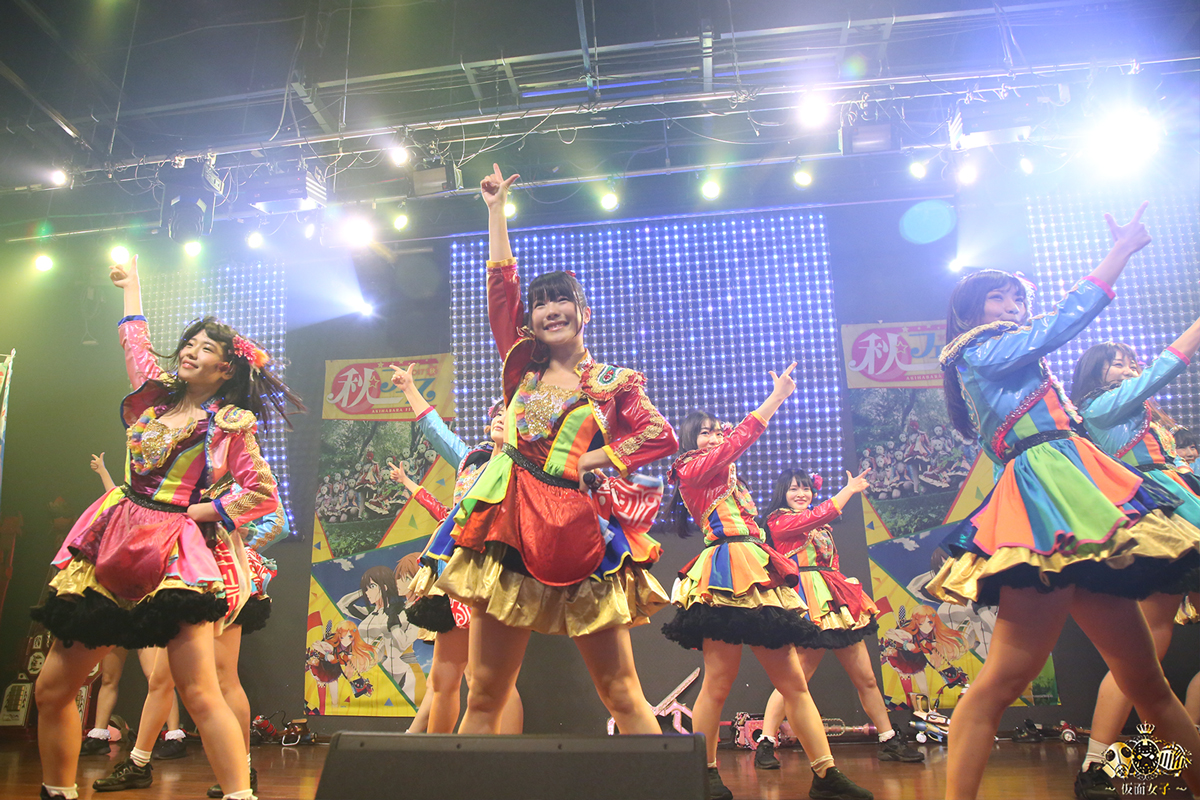 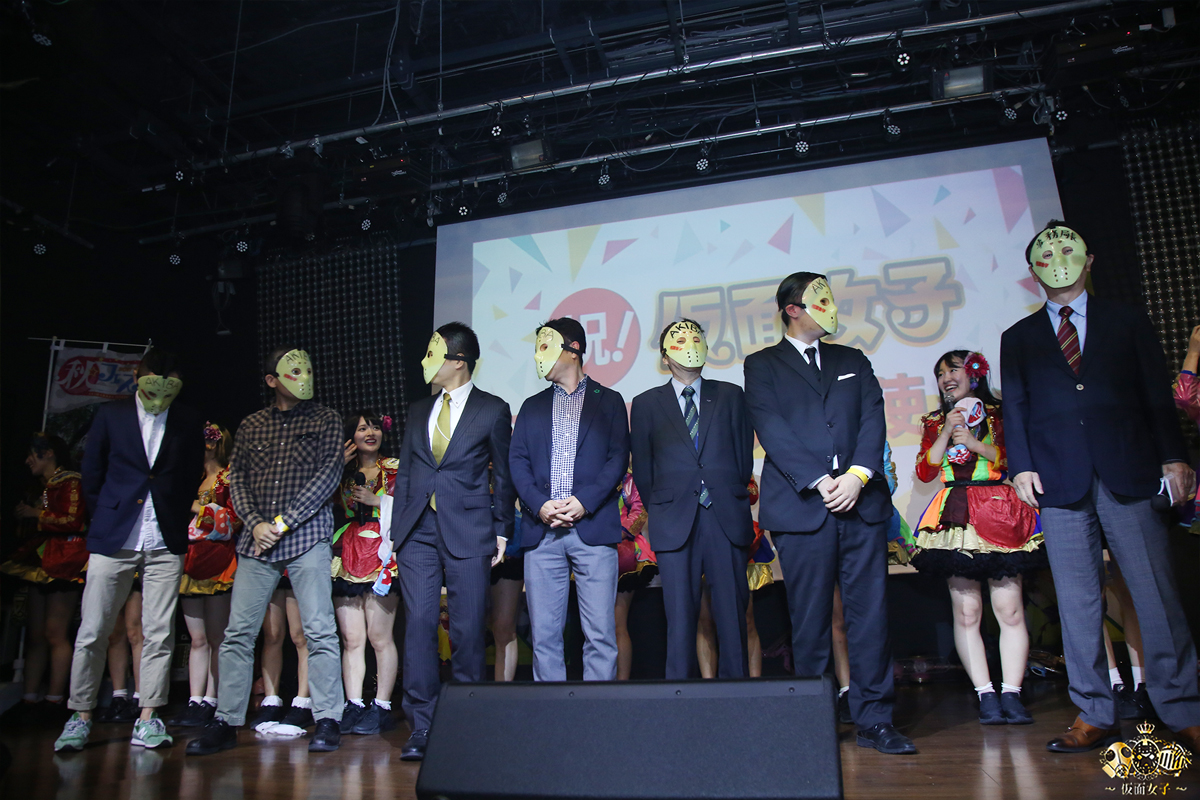 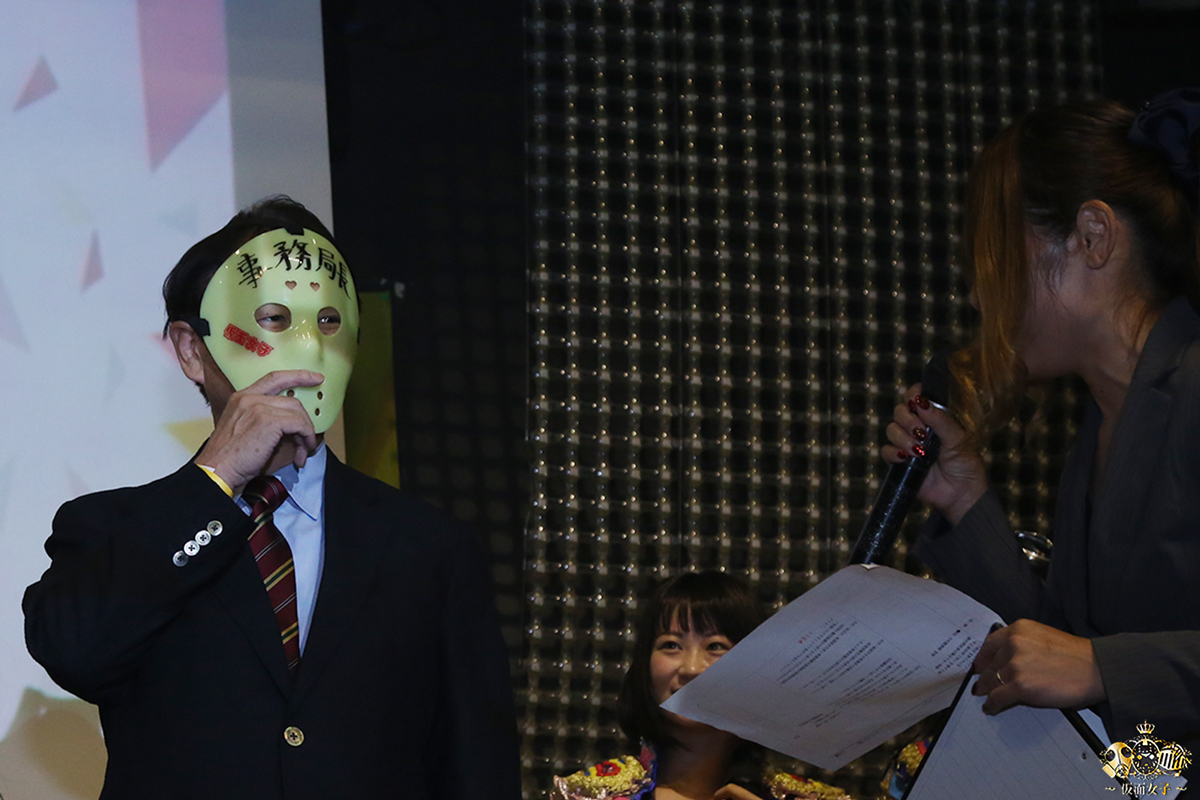 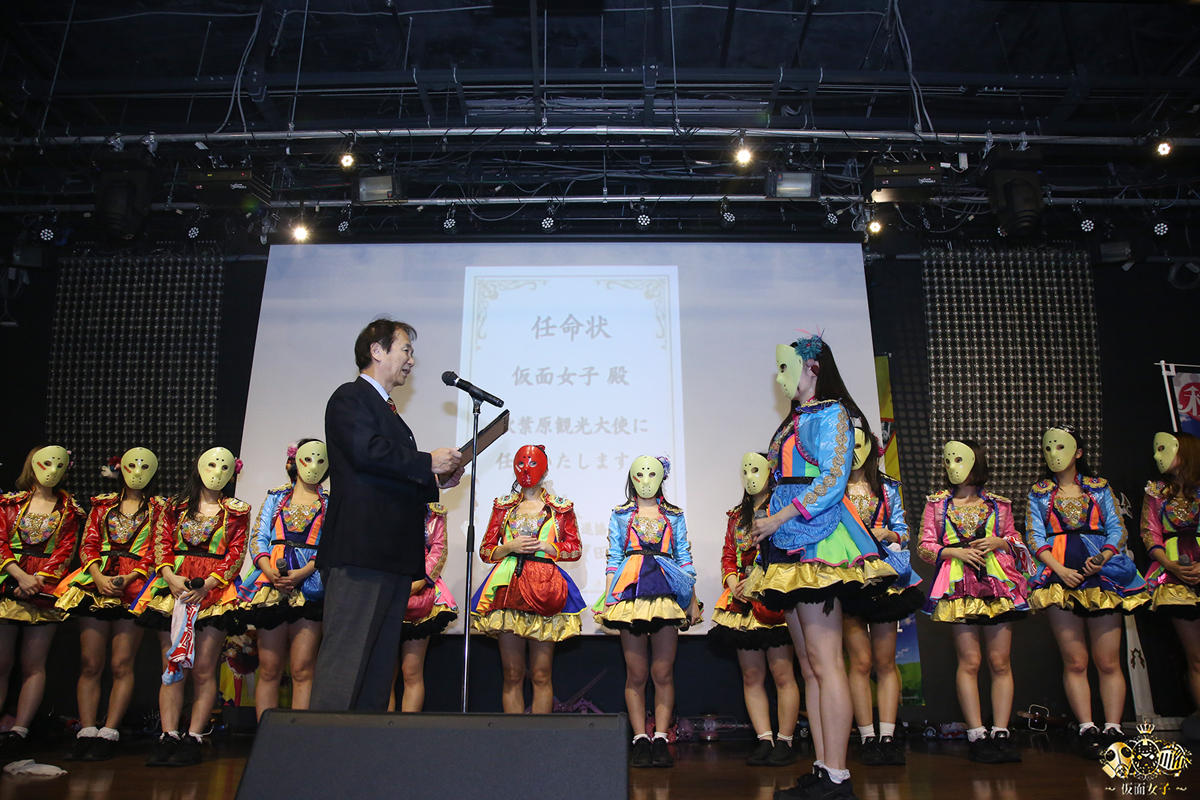 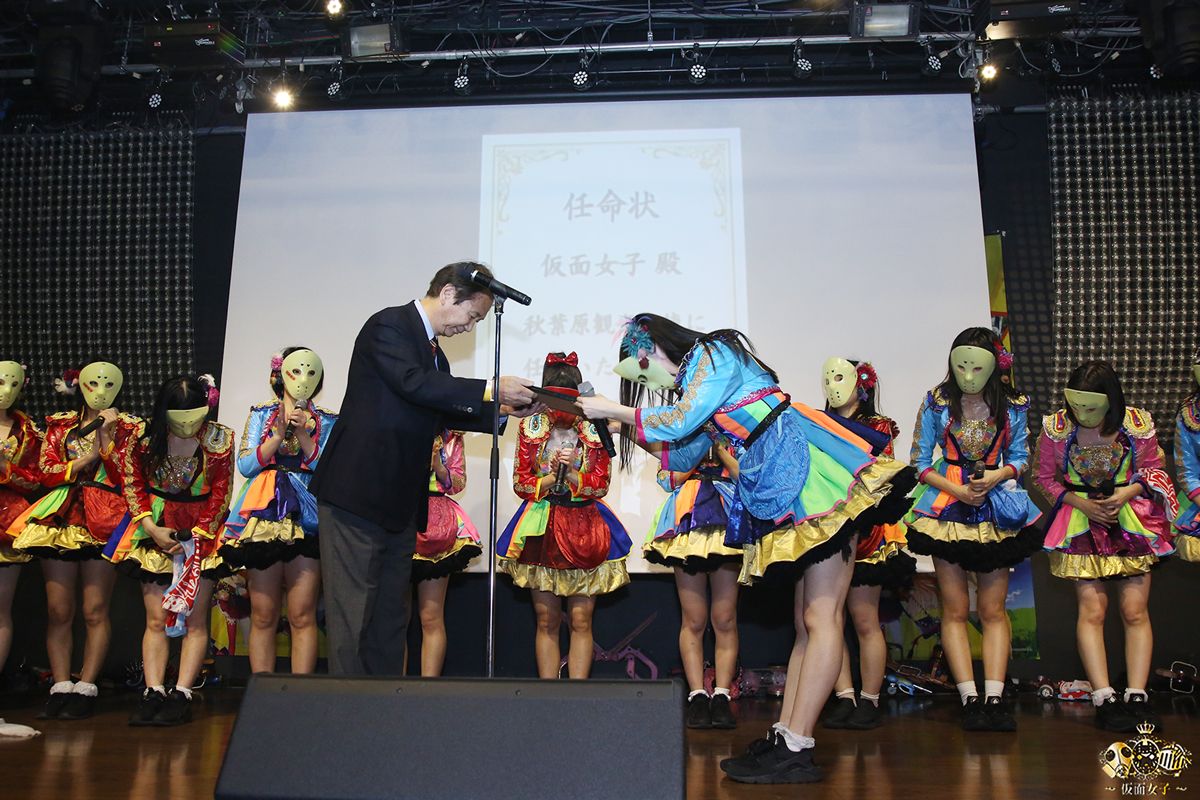 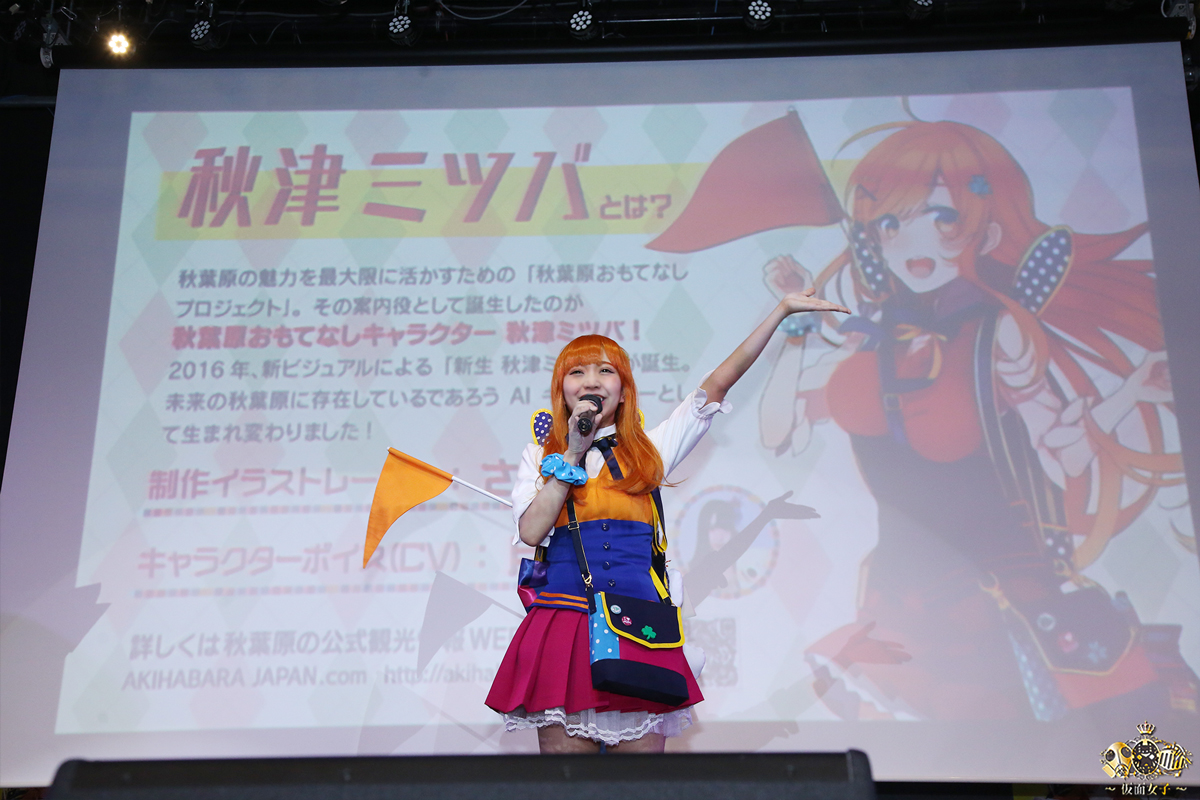 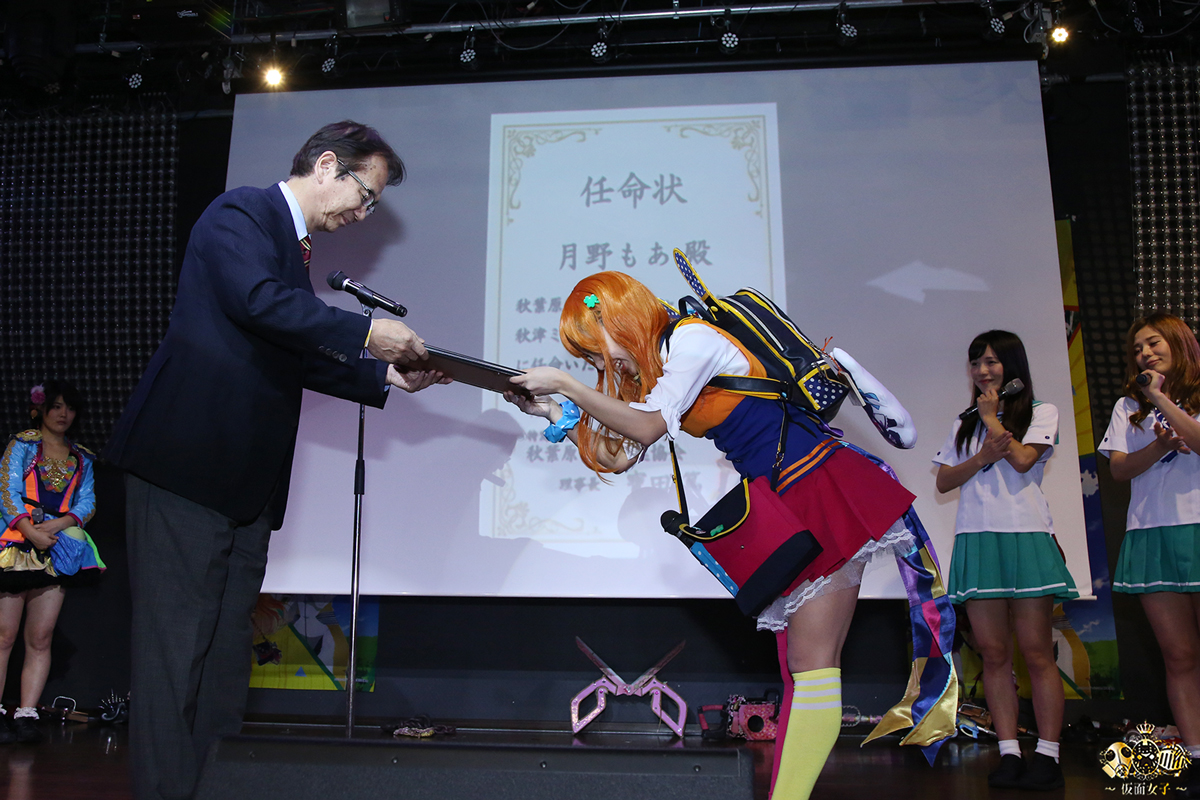 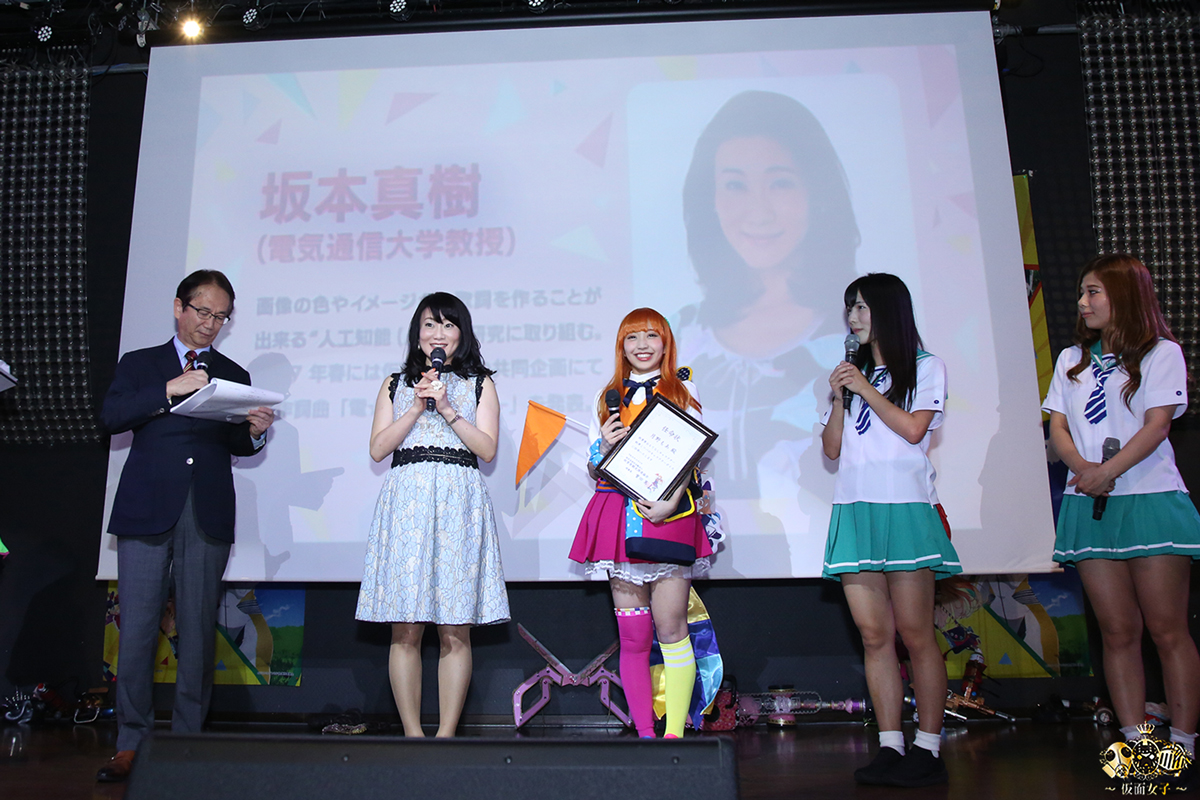 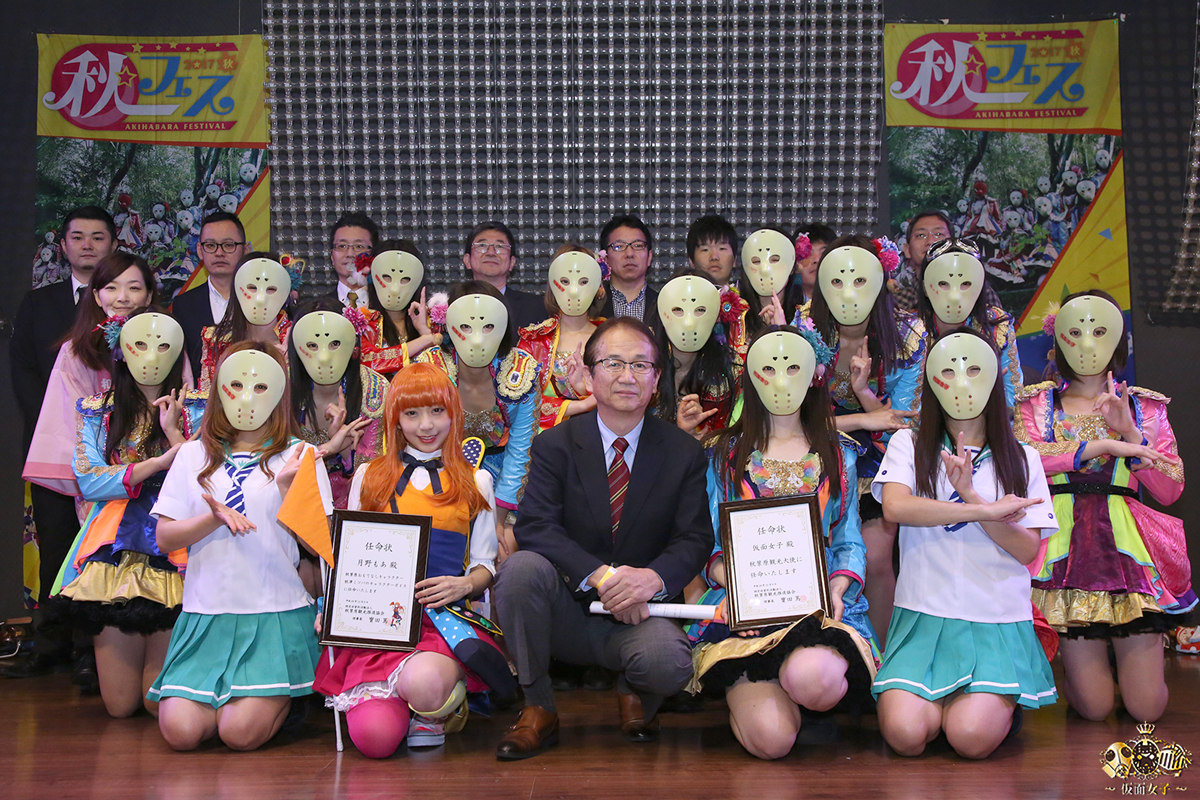 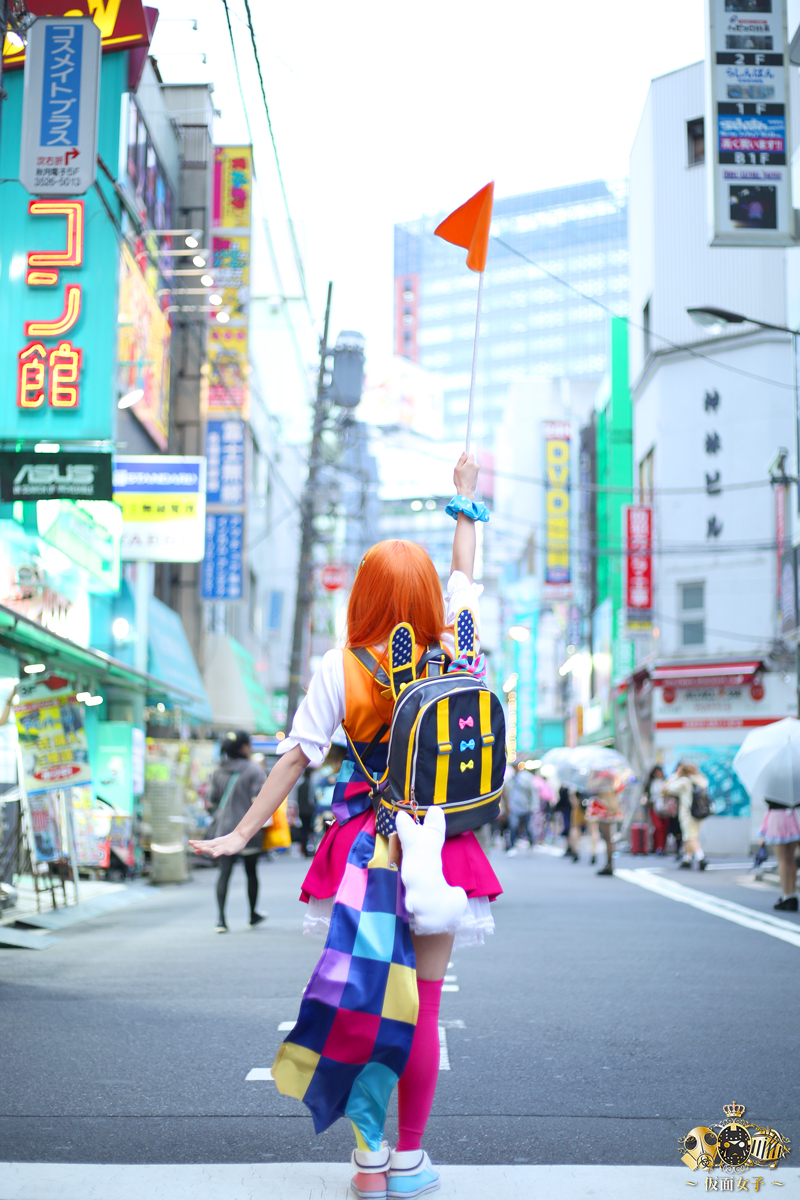 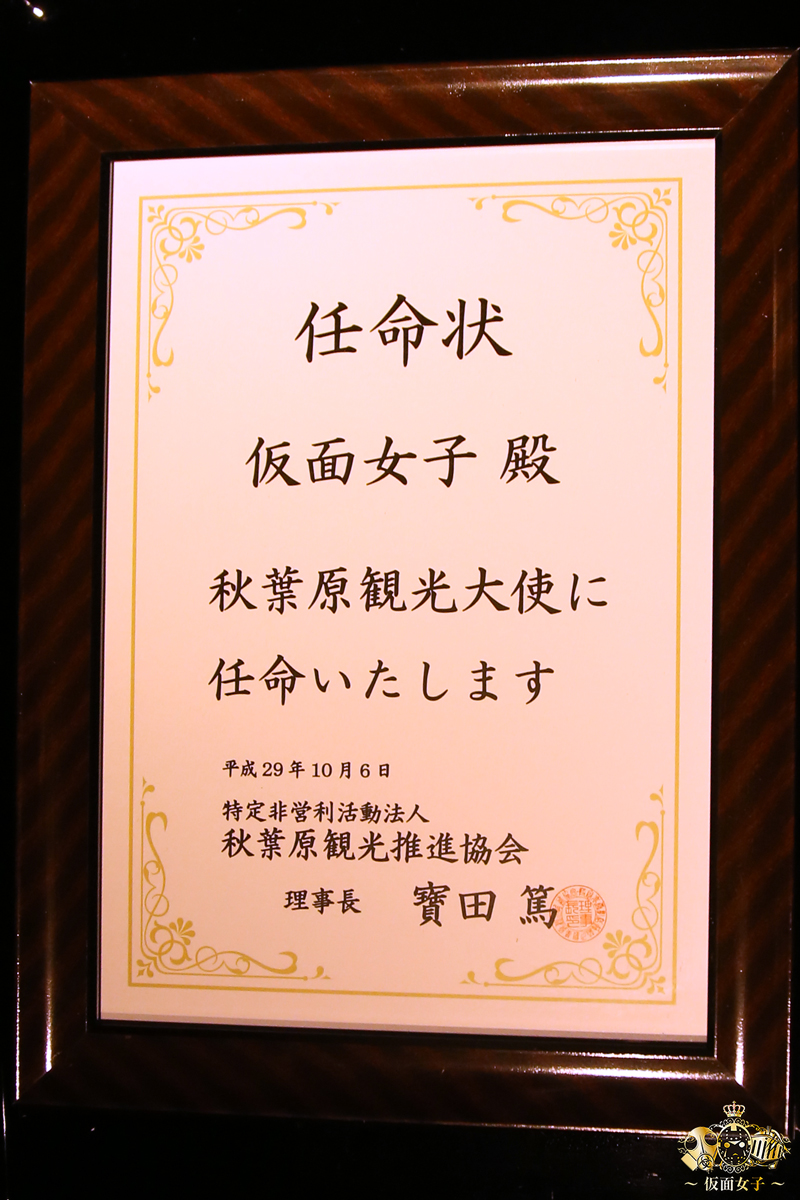 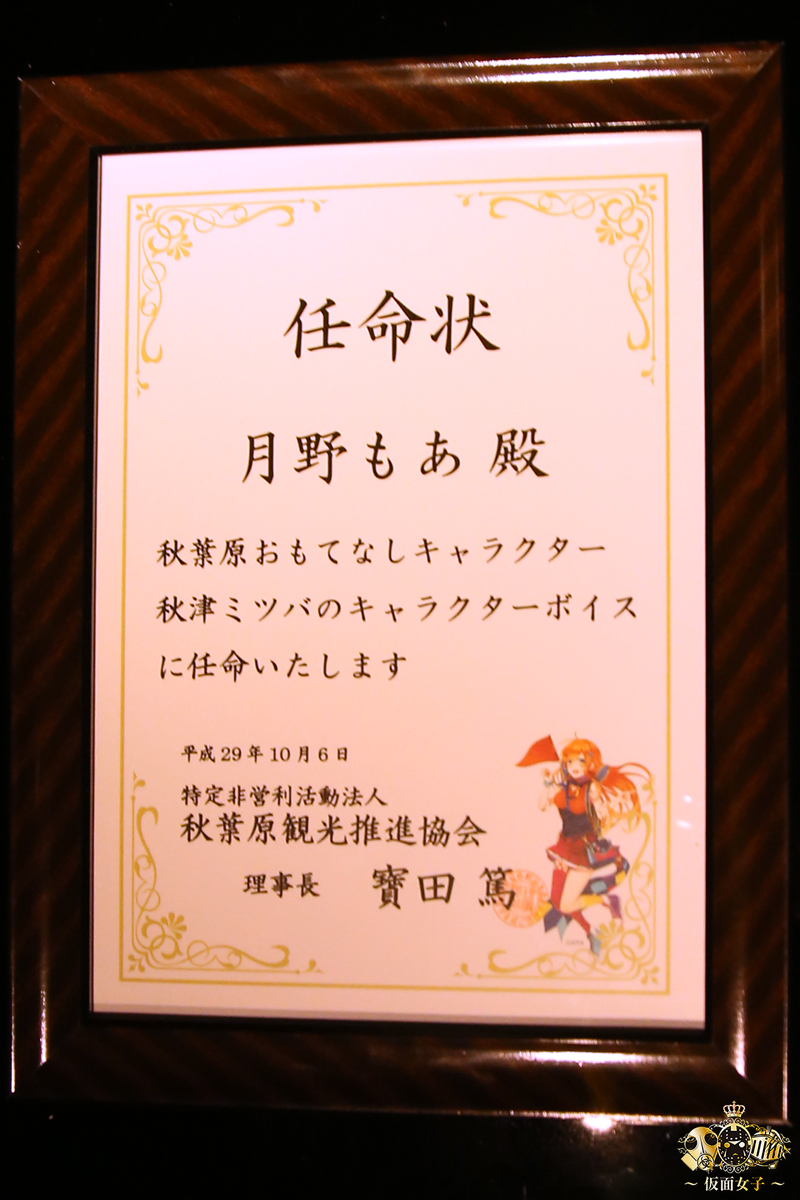