The Go Torch characters were spotted at every corner of the event. Paper bag fairies SanaSenaBona (from Sasebo), twin bears Koakkuma & Akkuma (from Hokkaido), Zombear (from Otaru City, Hokkaido), Umebara Hibari (from Ibaraki), and AsakuSamurai (from Asakusa) greeted visitors at the entrance and took photos all weekend long. Fans who posted their photos on social media with the hashtag #JPMascot received special treats like Zombear’s blue-colored ramen and commemorative keychains.

The Go Torch mascots’ appearance at J-Pop Summit was sponsored by NePt Japan and Nippon Travel Agency, who offered a special tour package to visit the Hokkaido and Kyushu areas exclusively during the event. 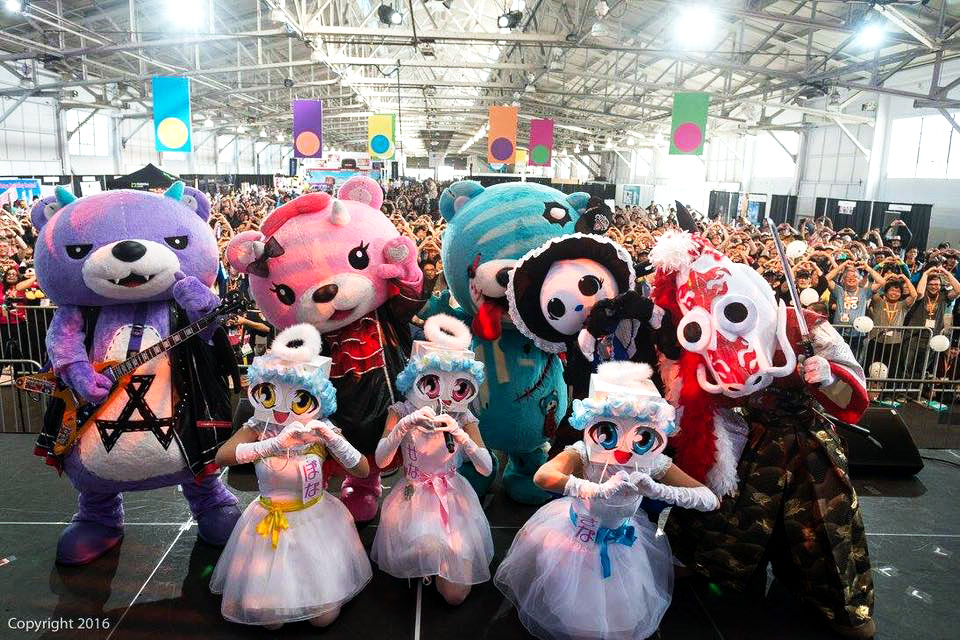 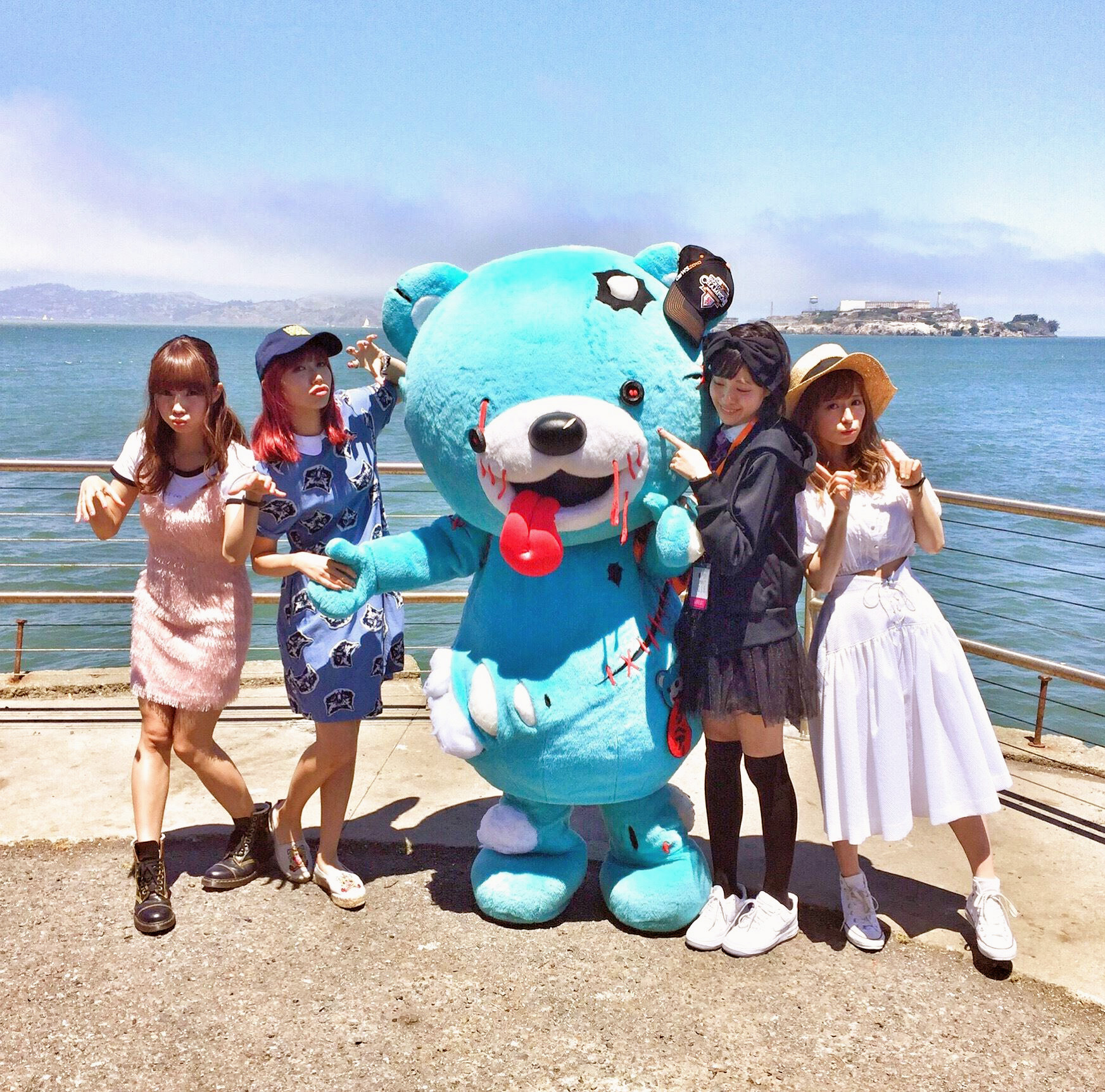 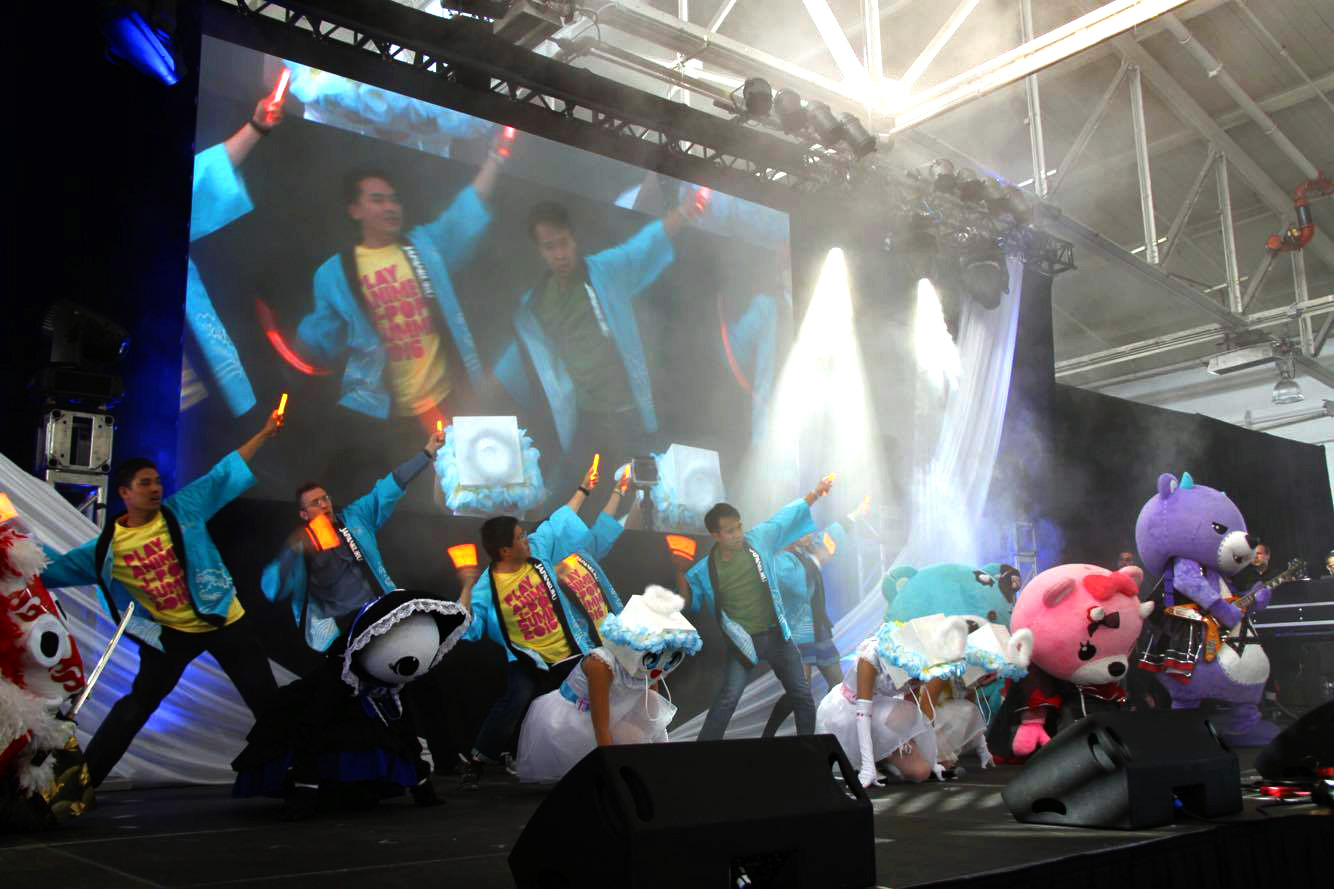 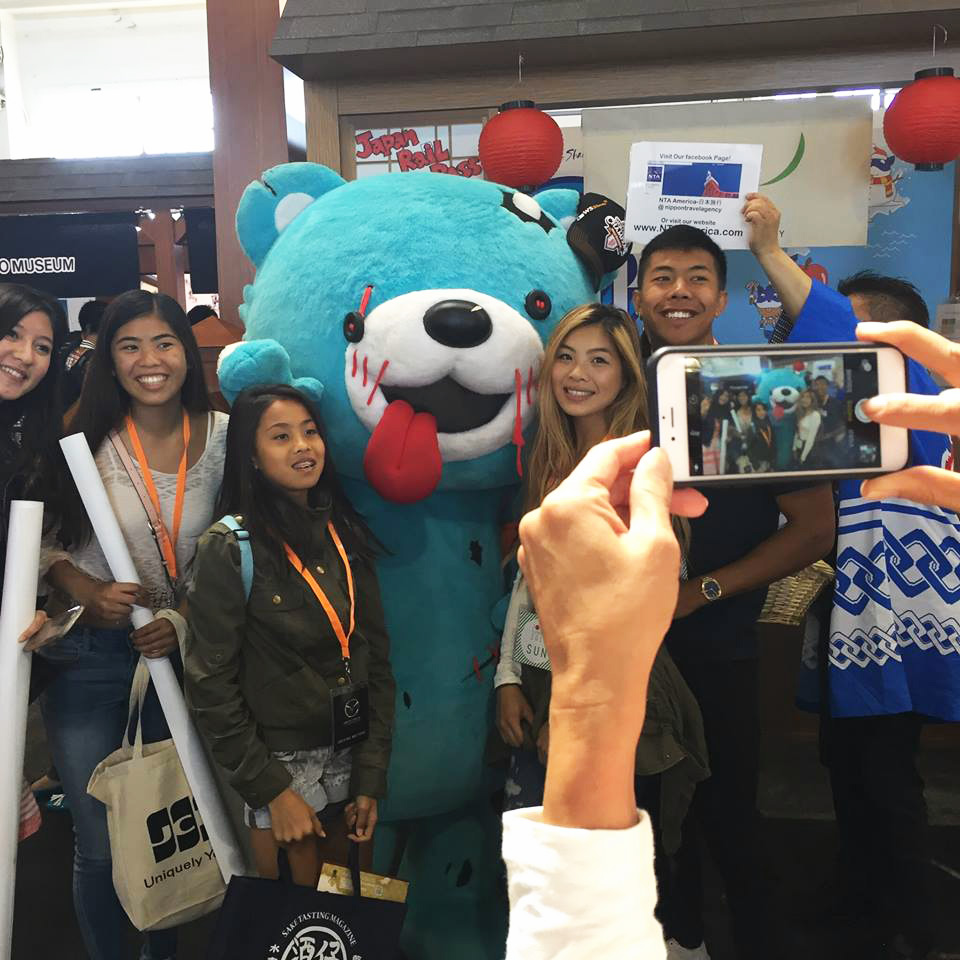 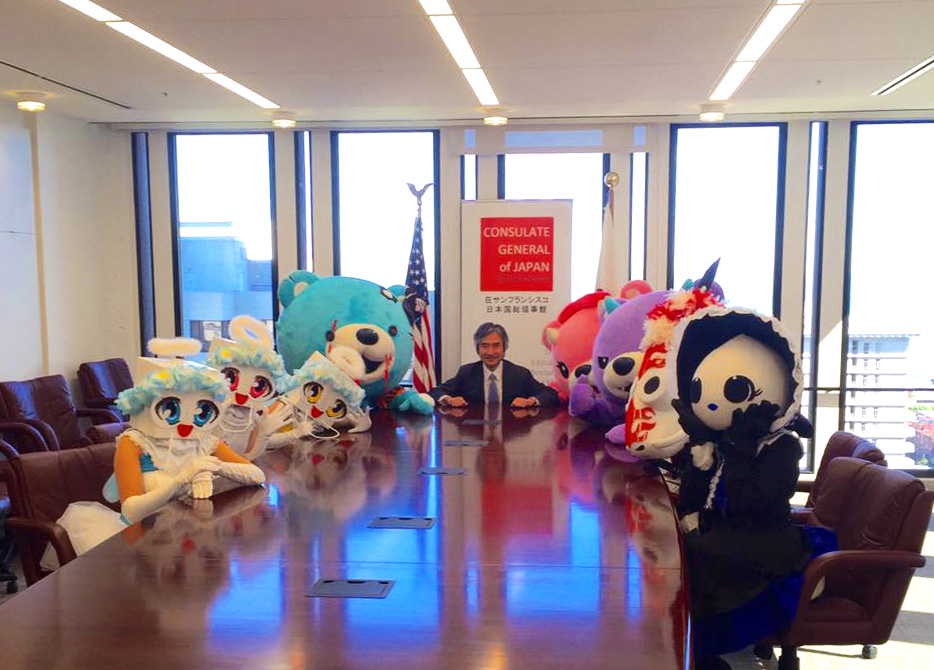 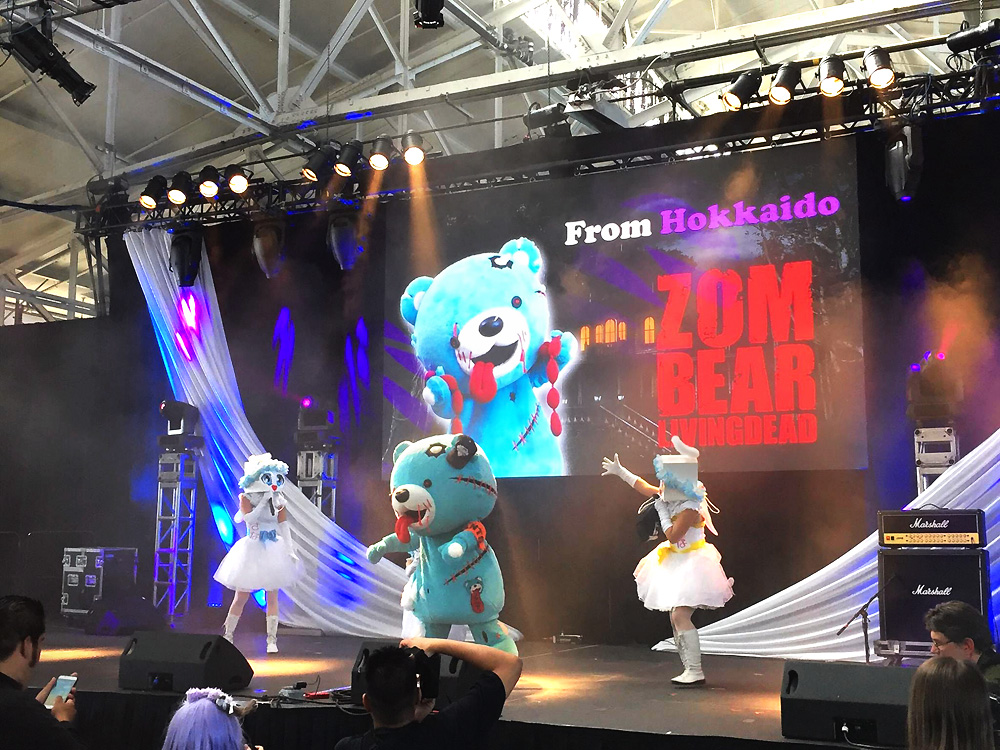 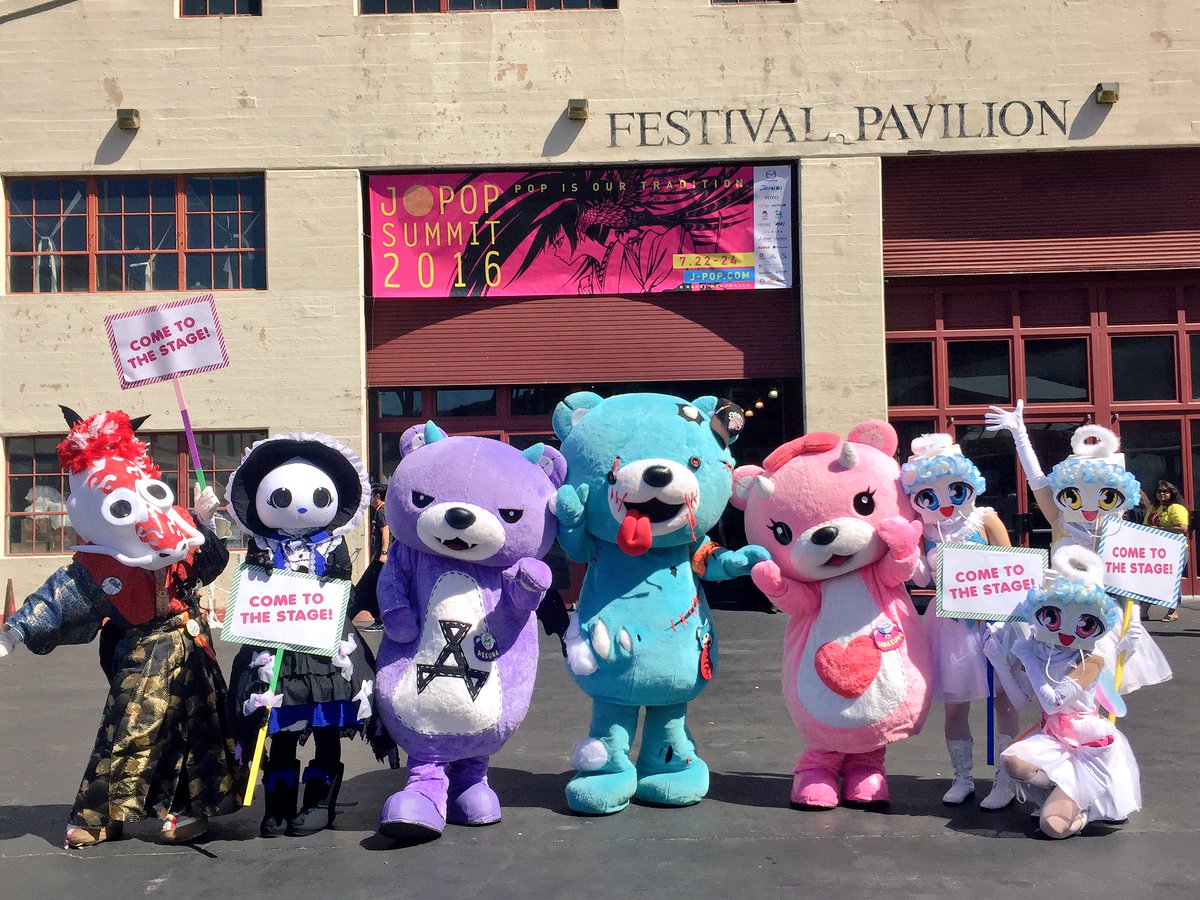 ABOUT SANASENABONA
SanaSenaBona is a “paperbag fairy” idol group from Sasebo, Japan. The 3-girl group sing, dances, and chats with everyone they can about their great city. Sana loves sports. Sena loves fashion and she can use magic. Bona loves to laugh and she is a very loveable character.

ABOUT KOAKKUMA & AKKUMA
Koakkuma and Akkuma are from Hokkaido. They are twin bears that came from a planet named “Akkuma-Sei.” Koakkuma, the younger sister in pink, is cute and kind. Her motto is “Smile, change the world.” Akkuma, the elder brother in purple, is good at playing guitar.

☆ Koakkuma:
Birthday: 6/6/20008 (according to the Akkuma Planet calendar)
Personality: Obedient, pure, loves to eat
Slogan: SMILE CHANGE THE WORLD
Hobby: Cooking
In June of 2008, Koakkuma came from the Akkuma Planet to Hokkaido. When she lost her memory and felt really uneasy, “smiles” encouraged her. Now she works to make people smile with her slogan, “Smile Change the World.” Koakkuma goes to all 179 cities in Hokkaido (the “Koakkuma Caravan”), invigorates the local communities by hugging people, and making people smile.

☆ Akkuma:
Birthday: 6/6/20008 (according to the Akkuma Planet calendar)
Personality: Naughty, bitter, mischievous
Slogan: AKKUMA CHANGE THE WORLD
Hobby: Playing the guitar
In July of 2008, The great king of Akkuma ordered Akkuma to pursue Koakkuma. We don’t really know why Akkuma is pursuing Koakkuma, but because he is always being lazy, the great king is always mad at him. He is really good at guitar and can play many different kinds of music such as J-Pop and rock with his fluffy hands. His live guitar performances fascinate audiences and are a must-see!

ABOUT UMEBARA HIBARI
Umebara Hibari is an anime otaku from Ibaraki prefecture. She loves drawing manga and listening to j-pop music.

ABOUT ZOMBEAR
Zombear is from Otaru City, Hokkaido, and he travels all over Japan looking for the boy who used to take care of him. After 70 years, he is still roaming with holes and rips… His favorite food is fresh salmon!